Band of Horses have announced a new album, their first since 2016’s Why Are You OK. It’s titled Things Are Great and it lands January 21, 2022 via BMG. The record includes the new song ‘Crutch’, which is out today. Give it a listen below.

“I think like a lot of my songs, ‘Crutch’ starts with something from my real life,” the band’s Ben Bridwell said in a press release. “Obviously ‘Crutch’ means some of the things that I was dependent on. My relationship for one. I think I wanted to say, ‘I’ve got a crush on you,’ and I thought it was funny how relationships also feel like crutches. I feel like everybody has had a time when nothing goes right and you still have to carry on. I think that feeling hits you in this song even if you don’t know what the specifics are.” 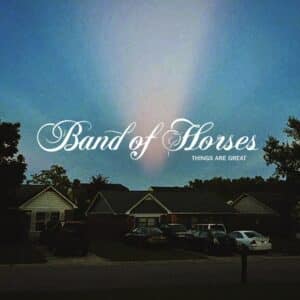