Corpse Bride: The Film That Lives in the Shadows on Halloween 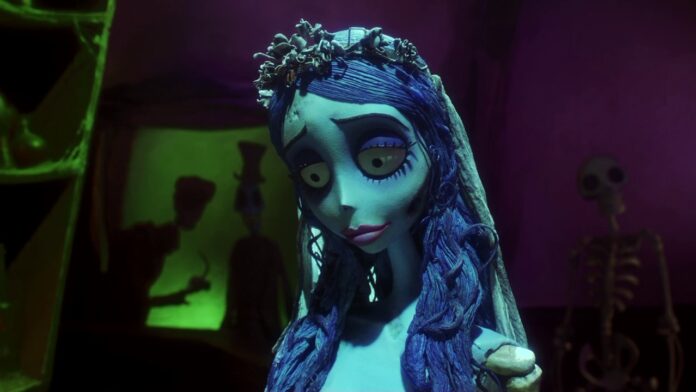 With Johnny Depp and Helena Bonham Carter leading the cast, this Tim Burton stop-motion-animated musical fantasy stands as one of the most underrated Halloween movies of all time. From the hidden adult jokes to its captivating animation, alongside an outstanding soundtrack, this non-conventional Halloween movie delivers A-plus entertainment, mixed with attention to detail.

During this time of year, viewers enjoy science fiction and horror, often accompanied by gore and paranormal activities that leave us wondering about the other side.

But what people also forget is that the true meaning of Halloween is to celebrate the souls of the dead on their return home. It’s a celebration rather than a day where we fear fictional characters. And that’s why Corpse Bride is the perfect Halloween movie. It’s hard to be disappointed by a film with an unexpected wedding, the Victorian era, Burton’s approach to the macabre, and an emotional rollercoaster through its three acts.

Through the story and its unconventional conclusion, this movie celebrates the dead. As we learn more about the characters, we lose sight of the fact that they are animated. In the contrast between the living and the dead through colour, we are fully immersed in the fictional world.

Corpse Bride embraces Halloween in its most actual form and gives the audience an emotional rollercoaster experience in one sitting. It’s time to bring this 2005 film out of the shadows and put it at the top of your Halloween list for all the right reasons. From the visuals to the soundtrack, the perfect casting to the incredible script, it’s all top-notch.