Best Female Biographies Everyone Should Read 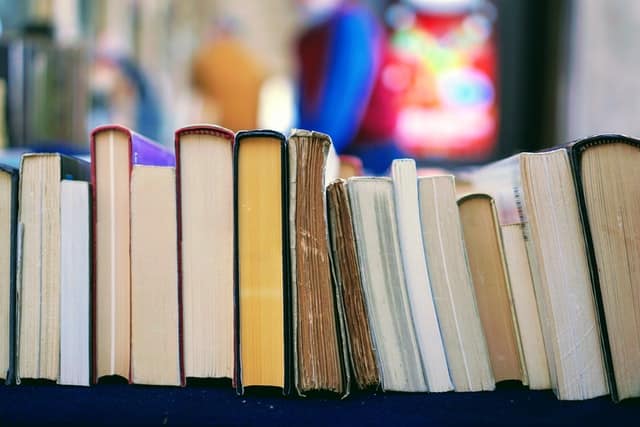 We’ve compiled a list of some of the top biographies written by, or based on, the lives of women. Whether you’re interested in learning more about crucial female individuals who are already famous for how they changed history or unearthing the genuine tales of formidable women who pushed behind the scenes to demand change for the better.

Women have made significant contributions to society throughout history, yet the general public has overlooked them. The biographies of these historical female personalities deserve a space on your must-read list, from pioneers and political dissidents to innovators and astrophysicists.

The Immortal Life of Henrietta Lacks

Henrietta Lacks was one of the most influential figures in modern medicine, and she didn’t even realize it. The Immortal Life of Henrietta Lacks is the true story of a female tobacco farmer whose cells were removed without her consent and used to generate the polio vaccine, among other critical scientific breakthroughs. It’s a fascinating monument to science’s and society’s contempt for black existence, and it’s a must-read.

This Much is True by Miriam Margolyes

Miriam Margolyes is a national treasure, an award-winning actor who has created many famous roles ranging from Lady Whiteadder to Professor Sprout. She has now decided, at the age of 80, to narrate her incredible life story. And it’s considerably more exciting and complex than anything she’s ever done before.

Learn how she got her curly hair from being born during an air raid, how she became known as the naughtiest girl Oxford High School ever had, how she ended up posing naked for Augustus John at the age of 17, being sent to Coventry by Monty Python and The Goodies, and swearing on University Challenge (she was the first woman to say F*** on television). From why Bob Monkhouse was the finest (male) kiss she’s ever had to being told off by the Queen, this book is jam-packed with unforgettable experiences. This Much is True is as warm and honest, as full of life and surprises, as she is, with a cast that ranges from Scorsese to Streisand, Leonardo di Caprio to Isaiah Berlin.

Going There by Katie Couric

Katie Couric has been a familiar face in the media for more than four decades. She exposes what was going on behind the scenes of her sometimes stormy personal and professional life in her brutally honest, humorous, and tragic book – a story she’s never revealed before.

Couric’s status as one of the industry’s top lights was tainted by the shock and trauma of losing her husband to stage 4 colon cancer at the age of 42, leaving her a widow and single mother to two girls, ages 6 and 2. Three years later, her sister Emily died, leaving her with even more grief—and an unyielding devotion to cancer awareness and research, which she considers one of her proudest achievements.

If you think you know Katie Couric, you’re mistaken. Going There is the fast-paced, passionate, and gripping narrative of a modern woman’s rise from humble beginnings to superstardom. You will find a friend, a confidante, a role model, and a survivor in these pages, whose life lessons will improve your own.

You’ve probably heard of the Montessori method, a children’s educational program, but do you know anything about the woman who created it? Maria Montessori, an Italian physician, broke down barriers one by one, beginning with her education: she was the first woman to graduate from the University of Rome’s medical school in 1896. In addition to her position as an early fighter for women’s rights, she was a pediatrician who got interested in intellectually impaired children and became an advocate for their access to education.

Maria Montessori went on to develop the Montessori method. This educational paradigm promotes free play and independence in children of all abilities that are currently utilized in classrooms all over the world. We highly recommend this book about the pioneering woman behind the educational approach for educators, parents, and moderate feminists seeking inspiration from one of the most accomplished women of this or any other era.

The Diary of a Young Girl

A genuinely emotional and evocative depiction of an ordinary adolescent girl who is nevertheless remarkable; millions of young people worldwide have read Anne Frank’s Diary of a Young Girl, which was first published nearly sixty years ago. Anne Frank, thirteen years old at the time, and her family fled and took refuge in an Amsterdam warehouse in July 1942. Anne beautifully portrays the challenges of living in such tight quarters in her diary for the next two years, as well as her thoughts, feelings, and longings as she matures. Then, when they were all betrayed in August 1944, her diary abruptly ends. Tens of millions of people have read The Diary of a Young Girl since its publication in 1947.