Animal Collective have announced their first new album since 2016’s Painting With. It’s called Time Skiffs and it arrives on February 4, 2022 via Domino. Today’s announcement comes with the release of the new single ‘Prester John’, alongside a video directed by Jason Lester. The track was created by weaving together two distinct songs, one by Avey Tare and one by Panda Bear. Check it out below and scroll down for the LP’s cover artwork and full tracklist.​

Avey Tare, Deakin, Geologist, and Panda Bear recorded Time Skiffs across the course of 2020. The record was mixed by Marta Salogni. In addition to the album announcement and single, Animal Collective have today shared a run of 2022 tour dates in support of Time Skiffs, which you can also find below. 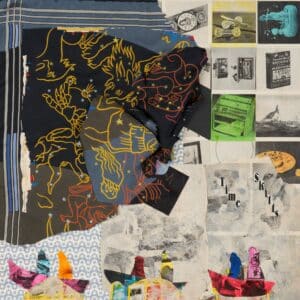