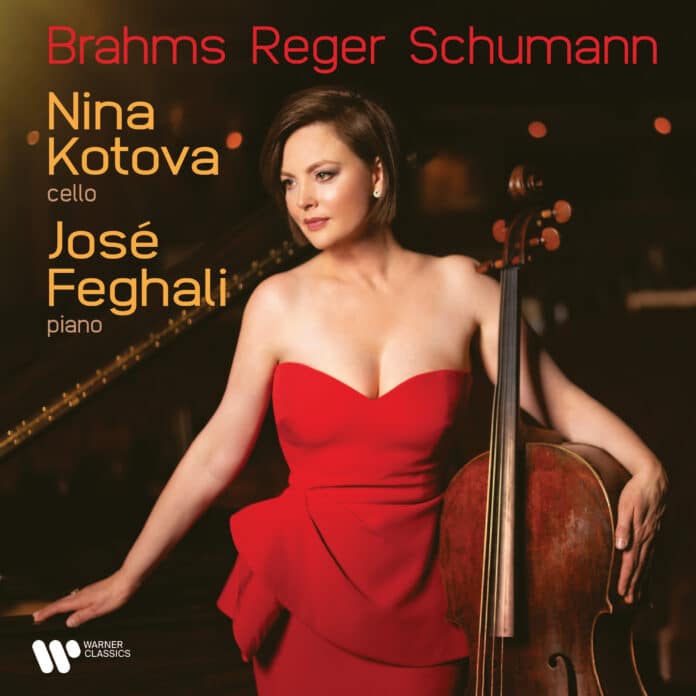 Before we learn about Kotova’s performance on the album, it’s essential to look at its progressive presentation across multimedia platforms. For the album, Kotova collaborated with the legendary actor Robert Redford, multimedia environmental artist Sibylle Szaggars Redford, and film and videography editor Thomas McBee to produce and release multimedia NFT. In this one-of-a-kind NFT, Nina Kotova performs Max Reger’s solo cello piece from her album alongside videography by Sibylle Szaggars and Thomas McBee, accompanied by Robert Redford’s narration. The release of this NFT based upon Nina Kotova’s release is a ground-breaking effort to propose crypto native art into the rarified universe of classical music.

Sonically, the album delivers refined and melancholic pieces that showcase the maturity of Kotova as an artist and performer. This maturity is evident in Kotova’s performance of Fantasiestücke, Op. 73 (Version for Cello): II. Lebhaft, leicht through her heart-warmingly tender approach and exquisite details that emphasise Schumann’s work.

As an album, it’s a refined shift from her 2017 album Rachmaninov & Prokofiev: Cello Sonatas, which explored arguably a more exciting pallet in terms of the dynamics. However, this album still stands mighty and notes that Kotova is a force in classical music, shifting the needle bit by bit with her presentation and exploration.