Bingo on the Big Screen 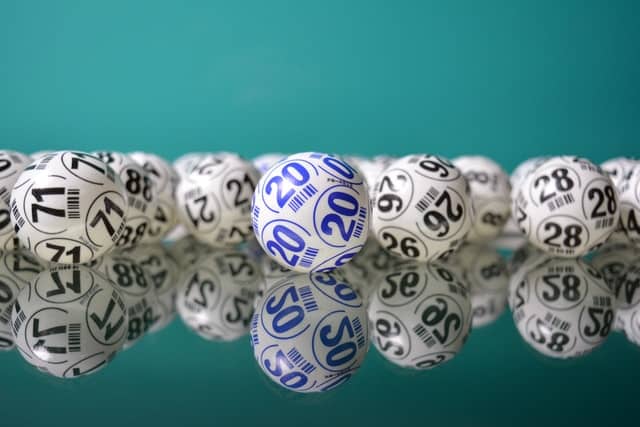 Bingo is loved by many: there is no denying that its simple appeal has made it one of the most popular games ever. Nonetheless, unlike other more glamorous casino games, such as poker or baccarat, most people think of bingo as a less glamorous and cinematic table game. However, this couldn’t be further from the truth as bingo has been featured in several popular movies and even TV shows.

Let’s go over some of the movies that have featured prolific bingo scenes.

As the quiet neighbourhood of Oak Springs is slowly being gentrified, a small group of elders team up to fight against it. Led by the stubborn and determined Lupita (Adriana Barraza), the group of long-time neighbours are forced into action when their beloved local bingo hall is sold to a mysterious businessman known as Mr Big (Richard Brake). From this point, nothing will ever be the same.

As their traditional bingo hall changes dramatically, an evil force begins to lurk around the town and with each new winner deadly consequences arise. Soon, some of Lupita’s close friends start to turn up dead and she decides to investigate. The result is a hellish ride with lots of victims and many lucky winners.

The film’s premise is particularly interesting as it presents bingo from a never-before-seen perspective. Bingo Hell gives bingo, a simple and relaxing game, a bit more of an edge and suspense. In fact, on some virtual casinos gaming sites, players can already enjoy bingo games online that challenge conventional bingo playing. In certain cases, bingo can be played in customised virtual rooms that feature innovative themes that give the game a whole new personality. There are also various themes too if in case you want to try out something different.

This psychological thriller, who marks the directorial debut of Jennifer Kent, tells the story of Amelia and Samuel, who are coping with a recent bereavement and simultaneously dealing with the latter’s fear of monsters. After finding a mysterious book, Samuel starts acting strange and claims that a monster is out to get him. Soon Amelia realises it’s not just his imagination and the viewer is taken on a journey in the search of answers.

In one of the scenes, Amelia, who works in a nursing home, sets up a bingo game for the residents, in an attempt to liven up the atmosphere. While the attempt is mostly successful, the film cleverly incorporates the game, giving the viewer a chilling view of the lives of some of those characters.

Babadook was released in 2014 and was met with raving reviews, with critics calling it one of the best horror movies in the history of the genre.

In Rampage, Bill Williamson (Brendan Fletcher), a young man troubled by events in his past, builds a full body armour and takes on the streets searching for revenge.

While the premise is simple this film is full of high-intensity moments, keeping the audience on the edge of their seats. In one of these moments, Bill, already wearing his high-resistance armour, enters a bingo hall looking for trouble.

However, in what turns out to be an incredibly hilarious but accurate scene, no one appears to notice him. Players are so immersed in the game that they fail to notice Bill’s presence. As the scene plays out, the young man tries hard to get reactions from the staff in the bingo hall and later from the players themselves, but the numbers keep being called and the audience ignores him completely. Disappointed and somewhat embarrassed, Bill ends up leaving the bingo hall incapable of disturbing the peaceful environment.

If you haven’t watched any of the films above, we recommend you do, especially if you’re a bingo fan. If you are still looking for some more bingo scenes in films and tv shows you should also check out Jackass Presents: Bad Grandpa (2013), Big Momma’s House 2 (2006), or Better Call Saul (season 1, episode 7).