The 10 Most Famous Art Periods 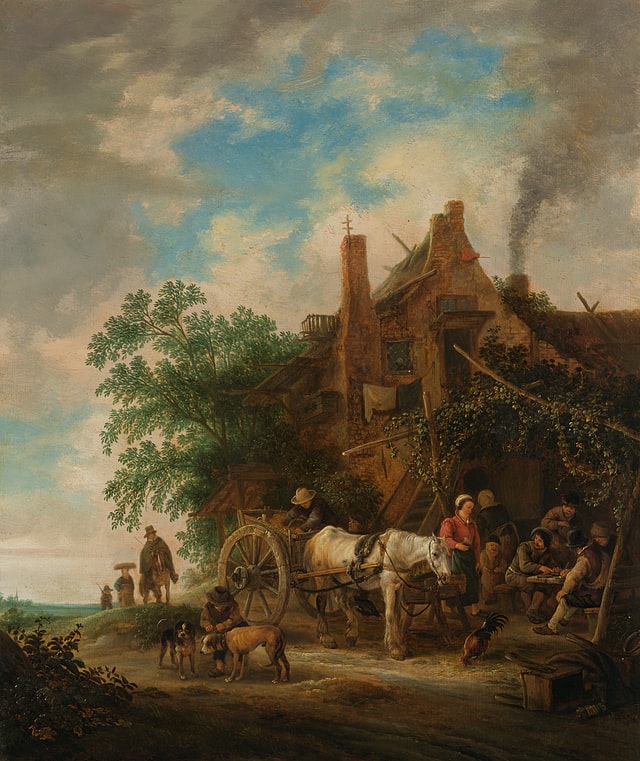 Artworks have constantly been evolving since the origin of humanity. With the passage of time, artists are coming up with new ideas, styles and patterns. Different groups of arts or styles are collectively termed art movements. Back in tens of thousands of years, art first came into account. Since then, many artists are coming up with new ideas, and now we have modern art movements being popular. If you’re looking to create new and popular artworks or you want to know about how art has evolved in years, it’s time to scroll the blogs of Art History Overview from artincontext.org. Ready to dive in and break down multiple art movements and styles? Let’s scroll!

Art was traced to the old stone age when people started using stones to engrave designs and paintings. They started using walls to engrave different pictures and sculptures. Artists of prehistoric art used stones and natural pigment to create pictures of animals, objects, rituals and other civilization features. Want to have a look at the great example of prehistoric art? Check out the Paleolithic cave paintings, which are found in Lascaux caves in France.

During this art period, artists started engraving inscriptions in different languages such as China, India, Mesopotamia, Persia, Palestine, Egypt, Greece and Rome. However, the way of art was different, yet it served a similar purpose. Most artworks were used to depict stories and display religious and symbolic images. People used to craft the items on stones, utensils, bowls and much more to remark on the best period of the time.

This period saw a downfall when the Roman empire saw a deterioration in the cultural and economic phase. For over 1000 years, this artwork has covered the major places of Europe, Western Asia and Northern Africa. It depicted national and regional art, revivals, the artists’ crafts and genres. Technically, medieval artists lacked numerous factors such as lack of perspective, colors and tones. Lack of accuracy led to the origin of Renaissance and High Renaissance Art.

As modern art began to improve, it started focusing on humans and their lives. The pictures thus depicted man as independent and self-reliant. Two of the most popular artists of this time were Filippo Brunelleschi and sculptor Donatello. During this period, they made Renaissance painters compose more realistic paintings. This period gave birth to the use of proportion and foreshortening. Furthermore, it gave rise to the Sfumato, a technique of blurring the sharp outlines. Lastly, Renaissance painters involved the use of the Chiaroscuro technique. This means light and dark to give an illusion effect.

Derived from a Portuguese word, Barocco, which means irregular pearl or stone. Starting from Rome, this artistry spread rapidly to other locations such as France, northern Italy, Spain, Portugal, Austria, southern Germany and Russia. It focused on how to intricate ornamentation. Baroque artists introduced cartouche, baskets of fruit or flowers, and others made in marquetry, stucco or carved, trophies and weapons. Similar to other periods, the Baroque period saw a decline, and many other art periods started to flourish. Being powerful and extravagant, this type of art helped people to draw their ideas and create an extra imagination.

Also known as conceptualism, this type of art flourished in the 20th century. However, it emphasized theoretical ideas and concepts rather than creating a visualization. The most important concept of Conceptual Art focused on how an artist uses a conceptual form of art. During this period, artists made a unique plan and then accomplished it to get desired results. To learn more about art and artists, make sure you check the blogs at Art History Overview from artincontext.org.

Photorealism is a new style of art that has evolved in years and now has become a major art that artists follow. During this time, artists made use of painting and photography techniques. Once the artists have captured the photos with their camera, they transfer them to the canvases for desired results. All in all, this artistry captured the eyes of the viewers and left a unique impression. Many artists still follow this unique technique to make their photography amazing.

Another famous art period that depicts unique styles, theories and philosophies of the time is Neoclassicism. It depicted the decorative and gaudy styles of the heroes of the time. This type of art is known as classical art.

Towards the end of the 18th century, Europe saw the rise of musical, artistic and literary events. It emphasized on individual aspects as well as emotion of an individual that preferred the medieval age. The artists of this period captured the beauty of human personality, mental potentials and its mood. Till today, we have a touch of Romanticism in literature, music as well as art.

The end of the 18th century saw the rise of Impressionism, a radical art movement. Being the first art of the modern period, Impressionism focused on nature as a subject. Claude Monet, who was a French artist by profession, gave the idea of Impressionism. Throughout his life, he captured new images and transferred them to achieve abstract quality.

Fortunately, artistry has been growing and growing since it was launched in the world. Art periods and art movements come and go giving artistry a new and attention-grabbing look. One of the most popular art periods was Renaissance and High Renaissance Art. During this period, not only art but philosophy, literature, music and even science saw a great rise. Art periods are a vast topic. If you’re looking to know more about it, make sure you have a look at Art History Overview from artincontext.org.