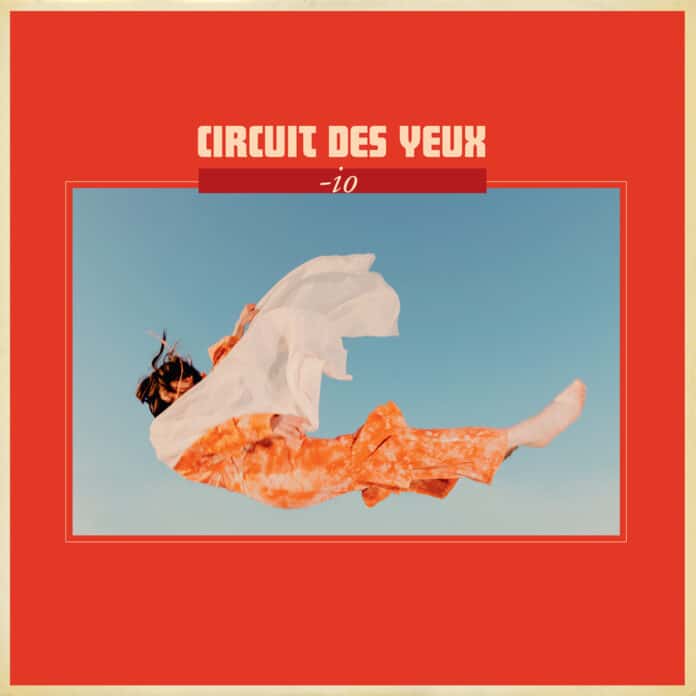 The first thing Circuit des Yeux does is claim her own space. In the lyric sheet for her previous album, 2017’s Reaching for Indigo, she commanded the listener to “create your own language”; on her latest, she invokes that of the universe, the natural laws that bind us, before beginning to carve out her own. Cosmic is often the only direction that feels appropriate when grappling with the enormity of grief, and after an extended period of being unable to write in the wake of personal loss, it’s where Haley Fohr found her lyrics returning to. Before attempting to arrange any of it into song, the Chicago experimental musician introduces us to the world she’s built by sending out a signal in the form of ‘Tonglen | In Vain’, half a minute of sliding strings that sound like a lift-off. By the time ‘Vanishing’ comes in, with its apocalyptic swagger and long list of goodbyes, you begin to understand why Fohr called this world “a place where everything is ending all the time.”

The planet is named -io. It might bring to mind Squirrel Flower’s own Planet (i) or Strand of Oaks’ In Heaven, 2021 records that sonically belong to a different galaxy but are grounded in a similar premise: drawing a line between the vastness above and within in the hope of finding some kind of solace. Of course, the instinct is always to go bigger; Fohr was already making the most ambitious music of her career as Circuit des Yeux, but -io expands the scope of her work in ways that are intentional and compelling. For all its astronomical references, you can hear the bones of these songs, which, despite being arranged for and featuring a 23-piece orchestra, came together bit by bit, the initial process more solitary and less collaborative than before. The feeling of impending doom is never quite released, and instead of the explosive catharsis that tends to be a point of resolution for this kind of album, what it evokes instead is a kind of implosion, of something immense collapsing in on itself.

It’s this idea that feeds into ‘Neutron Star’, which ends on an imposing note: “Descend bold traveler and attain the center of the earth.” Astoundingly, Fohr finds the beauty in it. While obsessing over black holes, whose gravitational pull is mirrored in her dizzying compositions, she’s said the neutron star emerged as a “gorgeous representation of those that linger and those who wander” in the way it “uses this mass density that it carries around itself.” The track itself is one of the most striking and immersive on the album, its harrowing, voluminous guitars pummelling through with an electric charge that threatens to swallow the whole mix. But Fohr captures a delicate dance, and her songs thrum with a similar kind of density even when they don’t directly point to the cosmos: take ‘The Chase’, whose nightmarish mood and whispered vocals deftly channel a traumatic memory where “the walls are caving in like the valley in your mind.”

In this relentless rise and fall – the only movement that can contain Fohr’s sweeping, operatic vocals – it can be hard to fathom how -io could have possibly been conceived as an attempt to “explore the hard work of joy.” But even if that became more of an impossibility as she dove further into the process and the pandemic became an all-consuming reality, I find it harder not to see glimpses of that feeling here, particularly as the grand presentation gives way to a simpler framework following the climactic peak of ‘Neutron Star’. It’s then that the album seems to pick up where Reaching for Indigo and Fohr’s Jackie Lynn project left off, weaving in a quiet warmth between bursts of emotion, but with a renewed, empathetic perspective. ‘Stranger’ is a piano ballad about passing by someone on the street and being moved by the infinite possibilities that belie such an interaction – a profoundly human and earthbound experience, yet one that Fohr elevates into high drama with the arresting performance she spins off the word “street.”

It’s only fitting that in the Listening Guide for this record, one of her instructions is to “walk a very far distance” after taking a break around the halfway point, perhaps after the staggering ‘Sculpting the Exodus’. Whatever you end up finding there – between the floor and the ceiling, the clouds and the stars, darkness and light, yourself and someone – just giving off radiation, might in fact be its own small universe. Creating your language might be freeing in an abstract sense, even impossible, but as she suggests on ‘Walking Toward Winter’, there’s no gift like listening closely to someone else’s words and seeing them become your own.

Album Review: Circuit des Yeux, '-io'The first thing Circuit des Yeux does is claim her own space. In the lyric sheet for her previous album, 2017’s Reaching for Indigo, she commanded the listener to “create your own language”; on her latest, she invokes that of the universe, the natural...