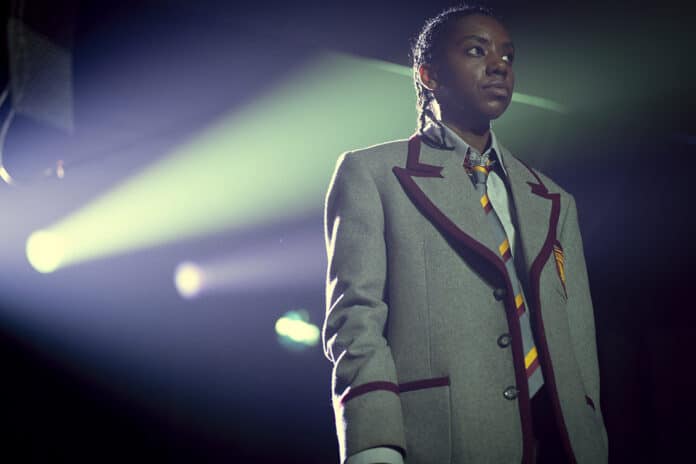 The third season of Netflix’s hit dramedy Sex Education recently premiered to an overwhelming response from fans around the world. Otis and Maeve are no longer running the sex clinic at school, Jean is pregnant, Eric is dating Adam, and Aimee is beginning to heal from her trauma in season 2. Moordale’s new headteacher, Hope, brings shame upon the once proud student body, including new student Cal, who quickly catches Jackson’s attention.

Season 3 is clearly an ensemble effort, with each character seeing significant individual development. In fact, prior to its release, the new series was promoted under the tagline “Growth is a group project,” something that is very much reflected in the show. The grey uniforms and freshly painted school hallways accentuate the new, darker tone of this season. Many elements of the show’s production still feel familiar, though – including the nostalgic soundtrack. With a new EP from Ezra Furman, whose songs also feature in the first two seasons, season 3 of Sex Education continues leaning into its anachronistic aesthetic, lending the series a unique tone.

Here are thirty memorable songs from the extensive tracklist of effectively-used music in Sex Education.