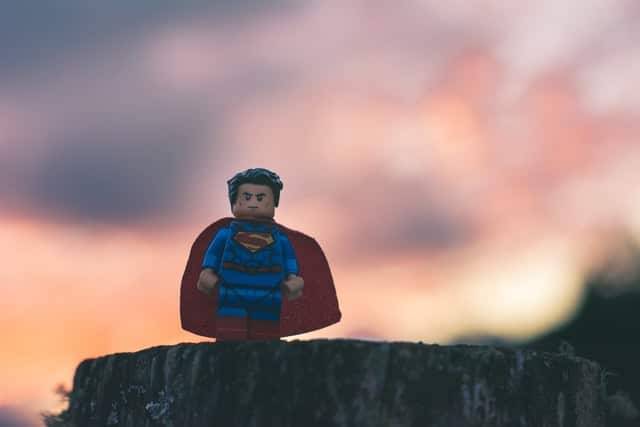 Those who’ve seen the new adaptation of Dune have offered mostly positive reviews (Note: one really should see it a theater – preferably an IMAX theater). Dune (2021) is impressive and it isn’t fair to call it a ‘remake.’ Denis Villeneuve’s take on Frank Hubert’s sci-fi classic 1965 tome is his own, and it is good. It’s impossible, however, not to compare it to David Lynch’s 1984 film Dune, which was hated by most and adored by a select few. A recent re-watch of Lynch’s version (which the director disowned, claiming he was denied final cut privileges) shows time hasn’t done much to rehabilitate it, but it’s fun to see a young Kyle MacLachlan, Patrick Steward, and singer Sting amble their way through Lynch’s messy, strange film. The one awesome element of the original Dune is music by Brian Eno and Toto, but it’s a terrible score for the movie. As a standalone piece, the soundtrack is great. Hans Zimmer was brought on for the 2021 movie, and while he might not be as “creative” as Eno and Toto, the movie music legend nails the score with haunting choruses and epic horn blasts. The new Dune is, unsurprisingly, much more visually arresting and features vivid scenes only possible due to the leaps in technology since the mid-1980s. Denis Villeneuve is more faithful to the book compared to the rather theatrical movie Lynch helmed… but of course, David Lynch is David Lynch – a polarizing director if there ever was one.

But the one thing that has not changed nor could be changed in the new film is the “hero’s journey” plotline. Dune will strike those unfamiliar with the tale as almost ‘religious’ in tone. Featuring a character who is seen by the natives of the ‘spice’ planet as the ‘Mahdi,’ an Arabic term meaning ‘the savior,’ or ‘the guided one,’ Paul Atriedies (portrayed by 25-year-old American actor Timothée Chalamet) must discover and learn to control his powers before going through a period of suffering and then undergoing a literal wandering through the wilderness. On the TV side of things, while everyone is talking about Squid Games or some other passing binge craze, a Christian app with another hero’s journey ‘remake’ is remaking both the story and the way you make TV shows. The Chosen (now at the end of season two) is a ‘modernized’ version of the life of Jesus. No, it’s not set in modern times, but it’s earning rave reviews and racking up hundreds of millions of views because it shows the life of Christ and the lives of the people around him as if they lived on planet earth, in the Judea of the first century. This shouldn’t be unique, but it is. Until now, Jesus on film was a distant, unapproachable character… and you couldn’t imagine yourself being there or doing any of the things you see on the screen. In The Chosen, however, you find yourself nodding and saying, “yeah, I probably would have felt/done/not done that, too.” Also, as the world’s biggest crowdfunded project, The Chosen has upended old business models by using “equity crowdfunding” – offering investors a share in a film project rather than asking them to simply chip in.

Frank Hubert’s Dune is oft-cited as an inspiration for Star Wars, which no doubt it was. But Hubert clearly got some of his inspiration from even older stories – stories that include the one being retold in the TV series The Chosen. It’s the hero’s journey, which is, has been, and will likely always serve as a template for all great tales. Joseph Campbell’s 1949 book The Hero with a Thousand Faces is often assigned as college reading or given to you by a friend who says, “Dude, you’ve got to read this!” And you do and should. The book is a hugely important tool for understanding human psychology as it relates to all of our myths (including the ones in movies and books, as well as the myths we tell ourselves about ourselves). Everything from the Biblical tale of Moses to Harry Potter falls into Campbell’s cycle. The hero’s journey starts with a call to adventure, then features some supernatural aid, then there is a mentor or helper who assists the hero as they face challenges and/or temptations. Then comes an abyss; a death and rebirth that leads to a transformation, the transformation becomes an atonement that finally ends with a triumphant return. Sound familiar? Despite knowing the trajectory a story such as Dune must take, that knowledge never seems to subtract from the pleasure of watching the cycle. The Dune 2021 version only makes it to the halfway point of the story (and the movie definitely feels like half a story). We agree with those calling for Villeneuve to bring us part two as soon as possible… as, while we know how it ends, the joy of seeing it never gets old.