Mitski has announced a new album: Laurel Hell is out February 4 via Dead Oceans. Today’s announcement comes with the release of the new single ‘The Only Heartreaker’, which follows last month’s ‘Working for the Knife’ and arrives with an accompanying video co-directed by Maegan Houang and Jeff Desom. Watch it below, and scroll down for LP’s cover artwork and full tracklist.

“I needed love songs about real relationships that are not power struggles to be won or lost,” Mitski said of the new album in a statement. “I needed songs that could help me forgive both others and myself. I make mistakes all the time. I don’t want to put on a front where I’m a role model, but I’m also not a bad person. I needed to create this space mostly for myself where I sat in that gray area.”

Mitski recorded the follow-up to 2018’s Be the Cowboy with her longtime producer Patrick Hyland during the pandemic, when some of the songs “slowly took on new forms and meanings, like seed to flower,” and the album as a whole became “more uptempo and dance-y. I needed to create something that was also a pep talk,” Mitski explained. “Like, it’s time, we’re going to dance through this.”

Mitski co-wrote ‘The Only Heartreaker’ with Semisonic’s Dan Wilson. Talking about the single in a new interview with Apple Music, Mitski said:

This is the first song in my entire discography of however many albums I’ve made where I have a co-writer, and it’s because this song was this puzzle that I couldn’t solve. And I was just sitting on it forever. I have so many iterations of it. Nothing felt right. And right when I was stewing over it, I was actually in LA, doing co-write sessions for other artists. And we had this one day, or I had this one day with Dan Wilson. I had every intention to write for somebody else, but then I just sat down at his piano, and I was like, he’s one of the best, smartest songwriters in the world. Maybe he can help me with this song. And so I brought the song to him, and it turned out he’s really good. He helped me solve so many of the problems and kind of lead me out of the labyrinth of it. And yeah, I’m really glad that I took that chance with him.

Commenting on the song’s video, Houang said: “The worst pain I’ve experienced is when I’ve fully understood the pain I’ve caused another. It’s one of the hardest parts of being human, that no matter our intentions, we’ll inevitably do something hurtful to our fellow man, if not someone we love.  In this case, the harm Mitski enacts in the video is to the world.  It’s unstoppable and destructive, but worst of all, she doesn’t even want it to happen.  She’s a stand-in for humanity as we collectively do so little to save ourselves and our planet.” 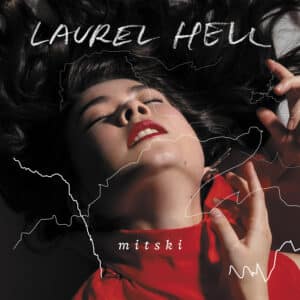