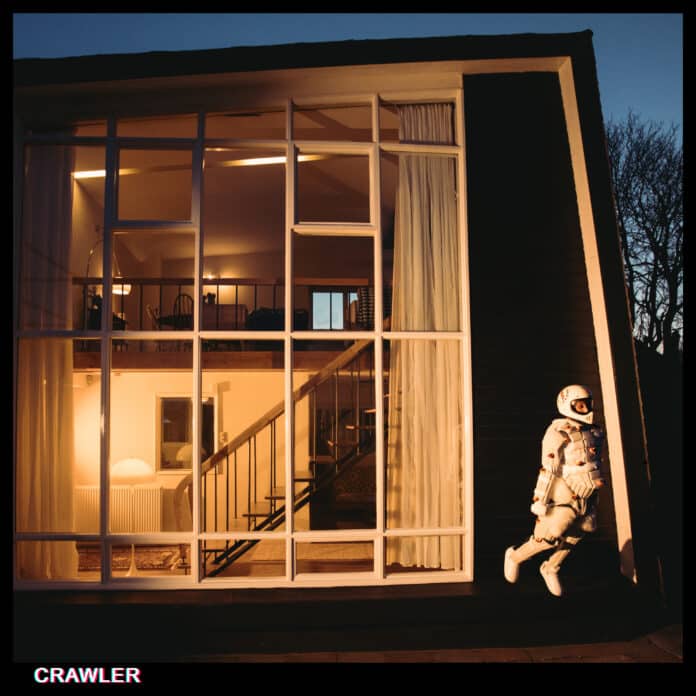 When IDLES released ‘The Beachland Ballroom’ as the lead single from their new album, it felt like a grand reintroduction to a band that had seemingly pushed themselves into a corner. After the riotous punk of their 2017 debut Brutalism towered over 2018’s breakout Joy as an Act of Resistance and then tumbled into its natural breaking point on 2020’s Ultra Mono, the Bristol post-punks took a hard turn that, in typical IDLES fashion, still felt equal parts violent, overpowering, and sincere. In less than a year since their last full-length effort, the band that fired back at their detractors not only seemed open to the criticism that had been thrown at them, but ready to grow from it. Guitarist Mark Bowen told NME that Ultra Mono was “a caricature of who we were, and we wrote that caricature intentionally to kill it,” while frontman Joe Talbot called it an “amazing live album, with a few songs where I was really lost.” Though they always appeared self-aware about their antics, now they seemed to be openly questioning how much of it was actually working.

Those quotes may speak to the ideological spirit of the band more than their sonic identity, but the shift is largely evident in the sound of CRAWLER, the band’s fourth LP. ‘The Beachland Ballroom’, named for the Cleveland, Ohio venue, is a prime example of how the group hasn’t so much distanced itself from its defining characteristics as found more resonant ways of channeling them. A rock n’ roll waltz of simmering intensity, the song is proof that when they sing about feeling lost rather than casting their gaze outward, they can sound more driven than when aiming for righteous positivity. It’s a soulful, revelatory moment for a band that has always championed vulnerability but never so forcefully shown it: “Damage! Damage! Damage!” Talbot howls, sounding more like himself after delivering some of his most refreshingly tender vocals to date.

Throughout CRAWLER, IDLES adjust their relentless approach by bringing more nuance and dynamics into the mix. In addition to ‘The Beachland Ballroom’, Talbot also sings – like, actually sings – on the opener, ‘MTT 420 RR’, which builds on dissonant, moody electronics. Though it’s hard to discern how Kenny Beats, the prolific hip-hop producer who co-produced the album with Bowen, has left his mark on its palette, you can probably hear his influence on ‘Car Crash’, which fuses post-punk and grime to exhilarating effect. On ‘When the Lights Come On’, which recalls a hedonistic night through the lens of discomfort and regret, the band deals in dark atmospherics that suit its ambiguous, unsettling narrative. Much like the song’s protagonist, CRAWLER isn’t afraid to confront the core of the band even at its most exhausted and unrecognizable, using that as a form of defiance.

More than any attempt at musical experimentation, though, CRAWLER succeeds because of its introspective focus, which gives the album a strong emotional arc. Talbot writes compellingly about his struggles with addiction and trauma, reflecting on how one can find themselves trapped in their endless cycles. Though tracks like ‘Car Crash’ tactfully approach the subject matter and allow it to take center stage, others that follow a more familiar formula can hinder some of Talbot’s most potent imagery. “I got on my knees/ And I begged my mother/ With a bottle in one hand/ It’s one or the other,” he sings on ‘The Wheel’, but the song’s scruffy riff blunts the force of the lyrics. Though the album doubles down on the singer’s anthemic proclamations, immediacy is still a primary concern for IDLES, and some of CRAWLER’s most cloying moments find them trying to throw a straightforward refrain into a song that doesn’t always need it. Give it enough time, and it might again sound like an amazing live album with a few underwhelming cuts.

Most of those are stacked towards the end of the tracklist. For an album that stands as IDLES’ most musically diverse, CRAWLER seems to run out of ideas really fast, with songs like ‘Meds’ and ‘King Snake’ reverting back to by-the-numbers, frenetic post-rock. There are interesting ideas in between bursts, but they aren’t given the space to develop. While these decisions may be conceptually sound, like the release of ‘The Beachland Ballroom’, it can feel like starting all over again when you haven’t even had time to catch your breath. Even when they go as far as naming the final track ‘The End’ and tying it all together with a Trotsky quote (“In spite of everything, life is beautiful”), IDLES stay true to the spirit of the album title, using everything in their power to crawl through the noise even if they’re not quite ready to stand on their feet.

Album Review: IDLES, 'CRAWLER'When IDLES released ‘The Beachland Ballroom’ as the lead single from their new album, it felt like a grand reintroduction to a band that had seemingly pushed themselves into a corner. After the riotous punk of their 2017 debut Brutalism towered over 2018’s breakout...