Warzone: Everything We Know About the New Pacific Map 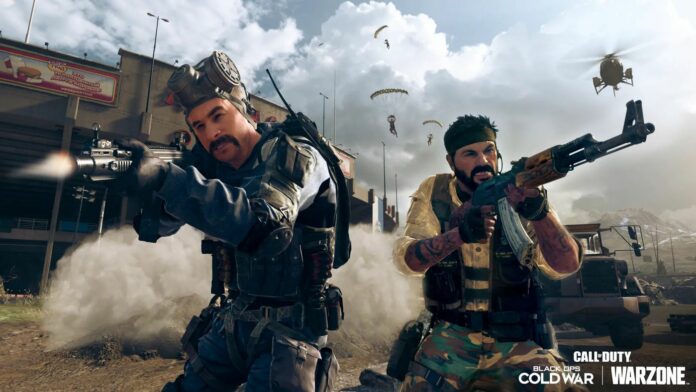 The old Verdansk is gone now; the new game is Warzone Pacific. This game does not have overpowered weapons and easy field upgrades to enhance your weapons. The game has become more attractive, designed with new color schemes.

Overall, it received a good reception from the gamers. Today we will tell you about the changes that the new map brought. You can look at Battlelog for more information.

A veteran warzone player will experience nostalgia using the Roze operator in Verdansk. The black suit that she used to wear acted as camouflage in dim corners. Other military-grade uniforms were also invisible from the distances due to the color schemes of Verdansk. Developers in the new game have seriously worked on visibility.

The blue ocean and palm trees give a feeling of a tropical vacation destination. The varied color schemes and high contrast will easily make things visible and comfortable shooting. However, the sun’s glare becomes unbearable at a few points in the game; it will be difficult to shoot while looking upwards at hills.

This problem was also in verdansk, and like then, you can adjust the brightness of your device to cope with it.

In November, developers of the warzone announced that they would be making some changes to the map. To all of us, the changes did not seem to be much, but now that the new map is here, the impact of the changes can be felt straight away.

The most significant change is the deleting of power field upgrades, which made the use of high-powered rounds in our guns possible. The warzone community was against power upgrades anyway, as they felt that these upgrades gave an unfair advantage to its users.

You cannot purchase loadout crates after the free drops now. While some changes were according to the opinion of the warzone community, most of the changes were unanticipated.

No Weapon is Overpowered

Guns are not dramatically over-powered in the new map as DMR was in Cold War Integration. So far, Kar 98k proved to be the best for damaging the enemy. Like older maps, STG 44 in the close quarters is also lethal.

If you are not comfortable with recoil but still want a high fire-rate gun, you can use PPSH 41 or M1928 SMG. With time as you get comfortable, you can switch to NZ 41, Bren, or AS 44. There are a lot more guns to choose from.

So make your opinion after spending some time with the game. This map does not have anything special about weapons, but the skins and animation improved significantly.

Not All Changes Are Praiseworthy

The transition to the new pacific map from Verdansk has been flawless. But there are many things that a seasoned warzone player might miss in this. The developers disable the heartbeat sensor in this map. The destruction in the game is also decreased from Verdansk.

You can shoot through the windows and doors, but you will not be able to obliterate them. FOV slides are not added to the new map; console players requested them worldwide. But developers took no notice of their request.

The console players will not be able to toggle the setting to increase their periphery view. The problem of Verdansk will continue for them.

The new map is mainly made of palm fields, but the capital city has a lot of buildings for close combat. The facilities are nothing like Verdansk. While in the previous map, the buildings used to look like a copy of each other.

In this new map, the developers have worked extensively on buildings; they made sure that each of them looked unique and attractive. The thick foliage in the open also makes it possible for you to hide and plate up when necessary.

The hills are designed with terraced features to have a stable and safe long-range vision. They make great spots for sniping.

The new Warzone Pacific Caldera map has many visible changes in the game. However, all changes are not appreciable. The latest update dismays console users for not adding changeable FOV settings. Other features like power upgrades and heartbeat sensors were also removed from the game to cause sadness for most gamers.

However, the design of the caldera is far better than anything seen before. The game now looks fantastic and has more stability than Verdansk. Now go out there and download it to make your own opinions.

Why Gaming Is on the Rise

Why are there so many free agents this summer?