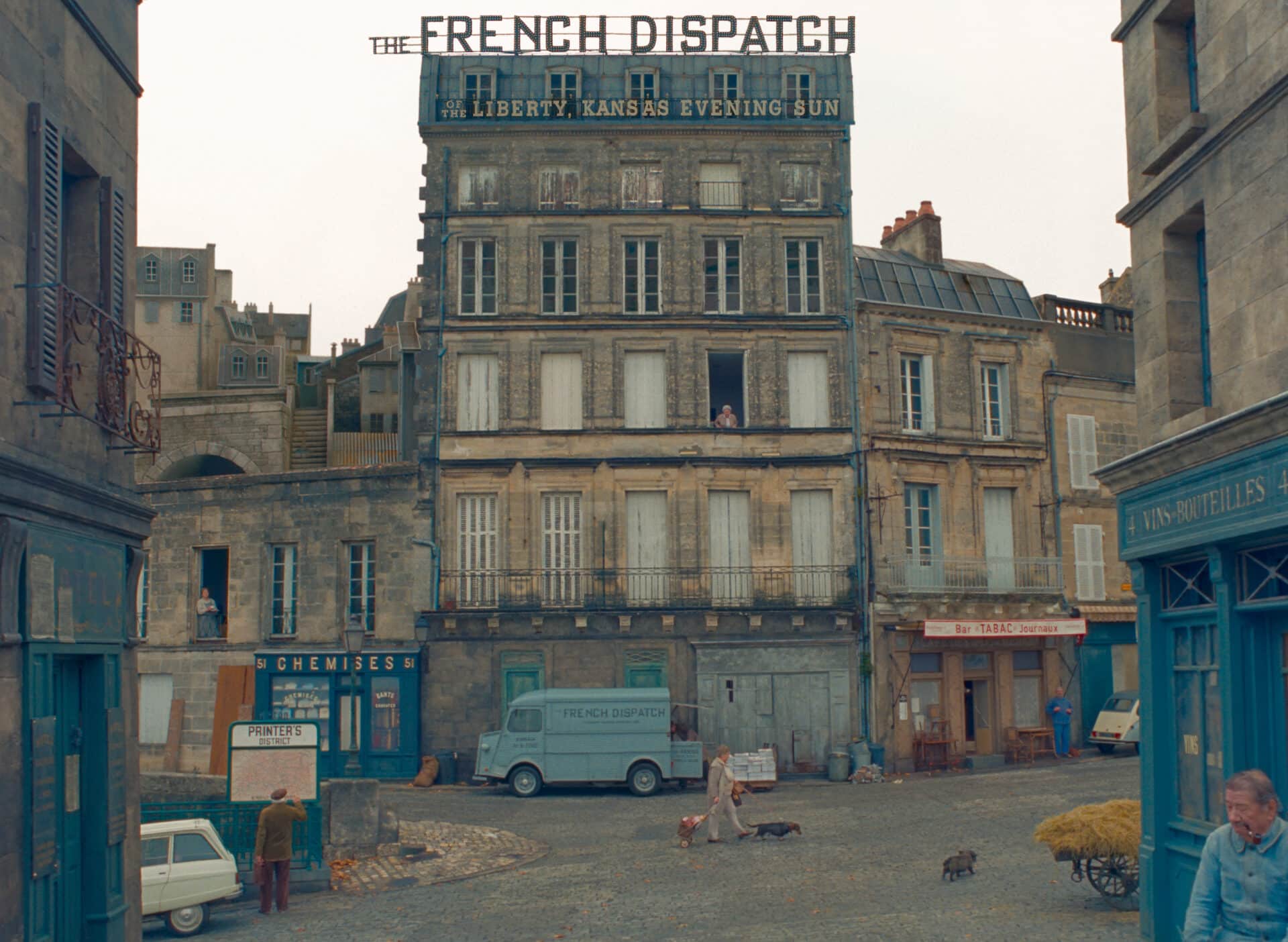 16 Incredible Stills from The French Dispatch (2021)

One of the most distinctive aspects of Wes Anderson’s work is the vibrant visual world he creates for each film. His latest release, The French Dispatch, is no different. Along with production designer Adam Stockhausen, cinematographer and frequent Wes Anderson collaborator Robert Yeoman brings the vibrant three-part anthology to life with bright color, playful photography, and incredible attention to detail.

The film follows several journalists who write for The French Dispatch, an outpost of an American paper based in the fictional French town of Ennui-sur-Blasé. Each segment of the anthology dives into a new section of the newspaper’s topics, taking viewers on a new adventure, each more ridiculous than the last. The extensive motley of characters (and big-name stars) is just as captivating as the rich, visually pleasing element of the film. Comedy is the vehicle for this seemingly random assortment of stories, making for some memorable dialogue. However, it’s the visual wonderland of Ennui that audiences will recognize as a particular trademark of Wes Anderson’s.

Here are sixteen stills that showcase the level of detail paid to the sets, production design, and composition of each frame in The French Dispatch. 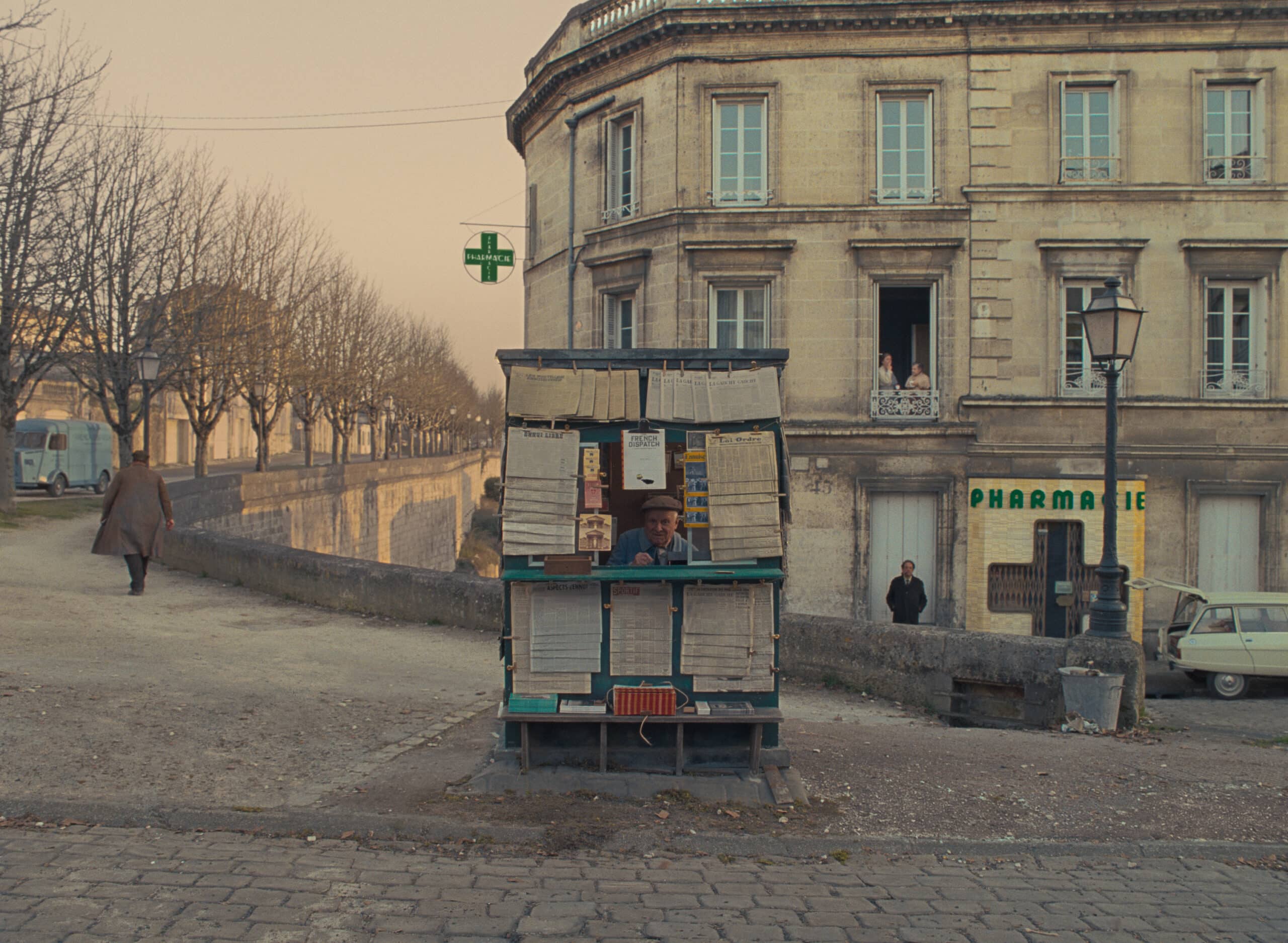 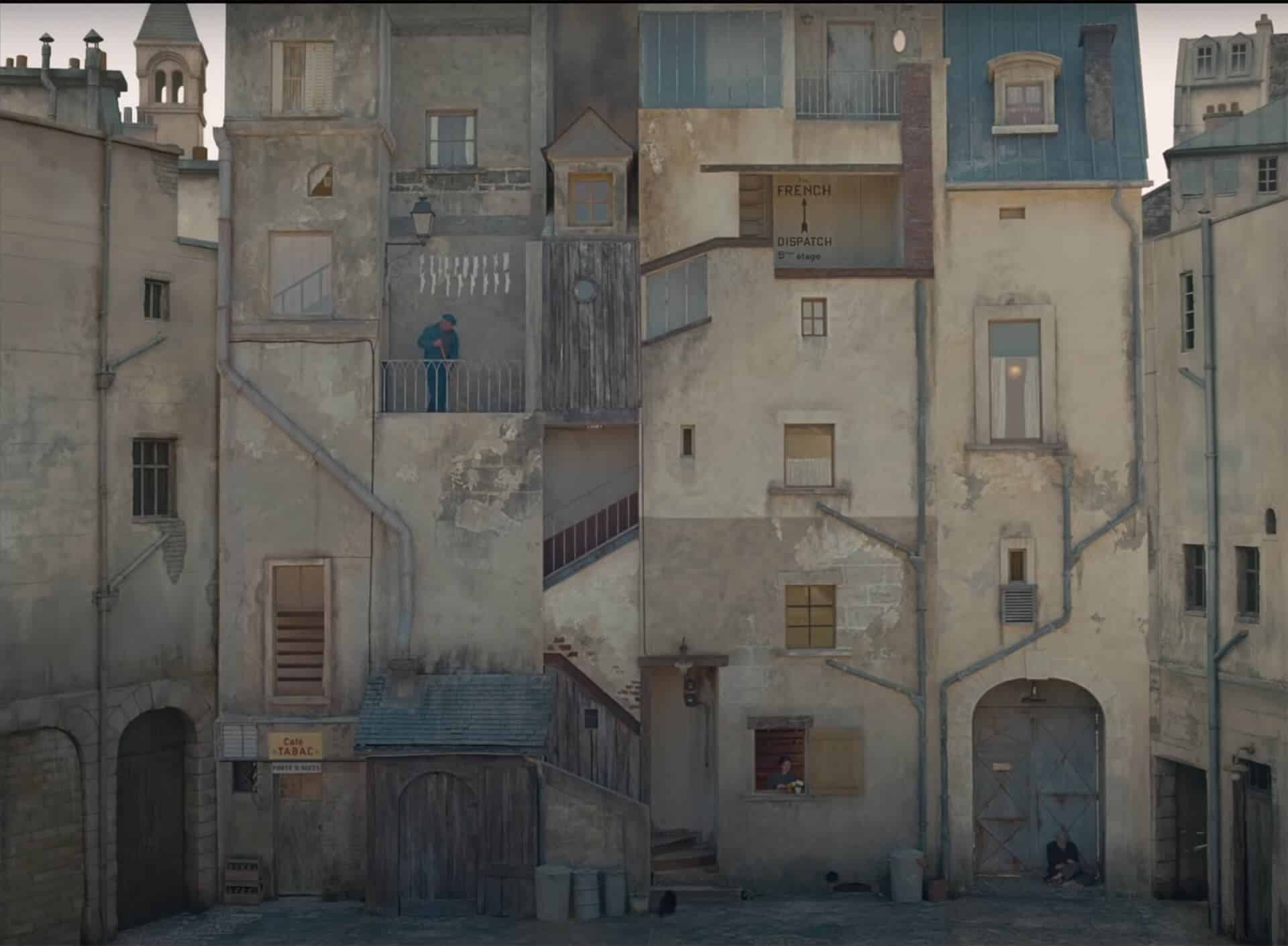 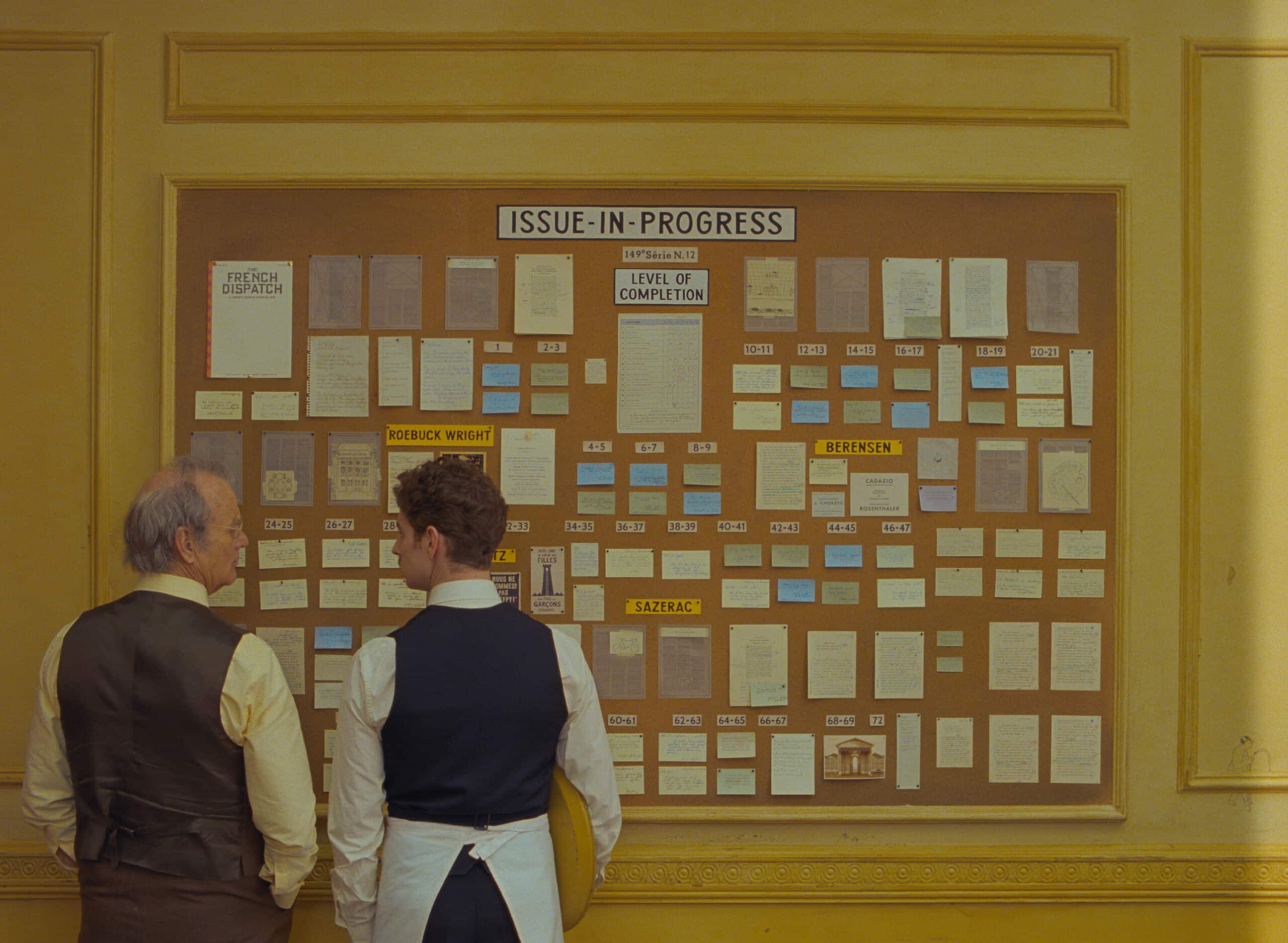 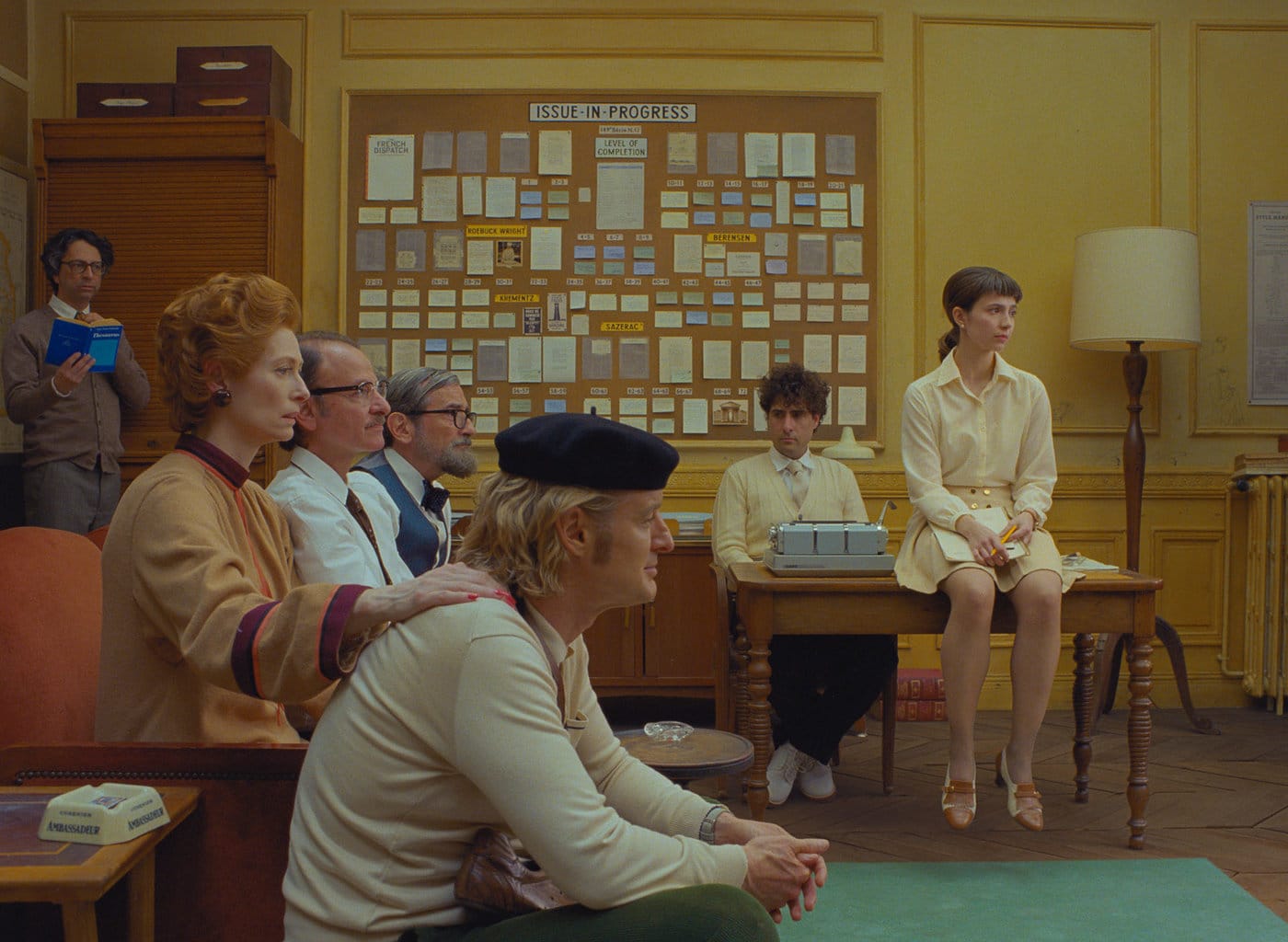 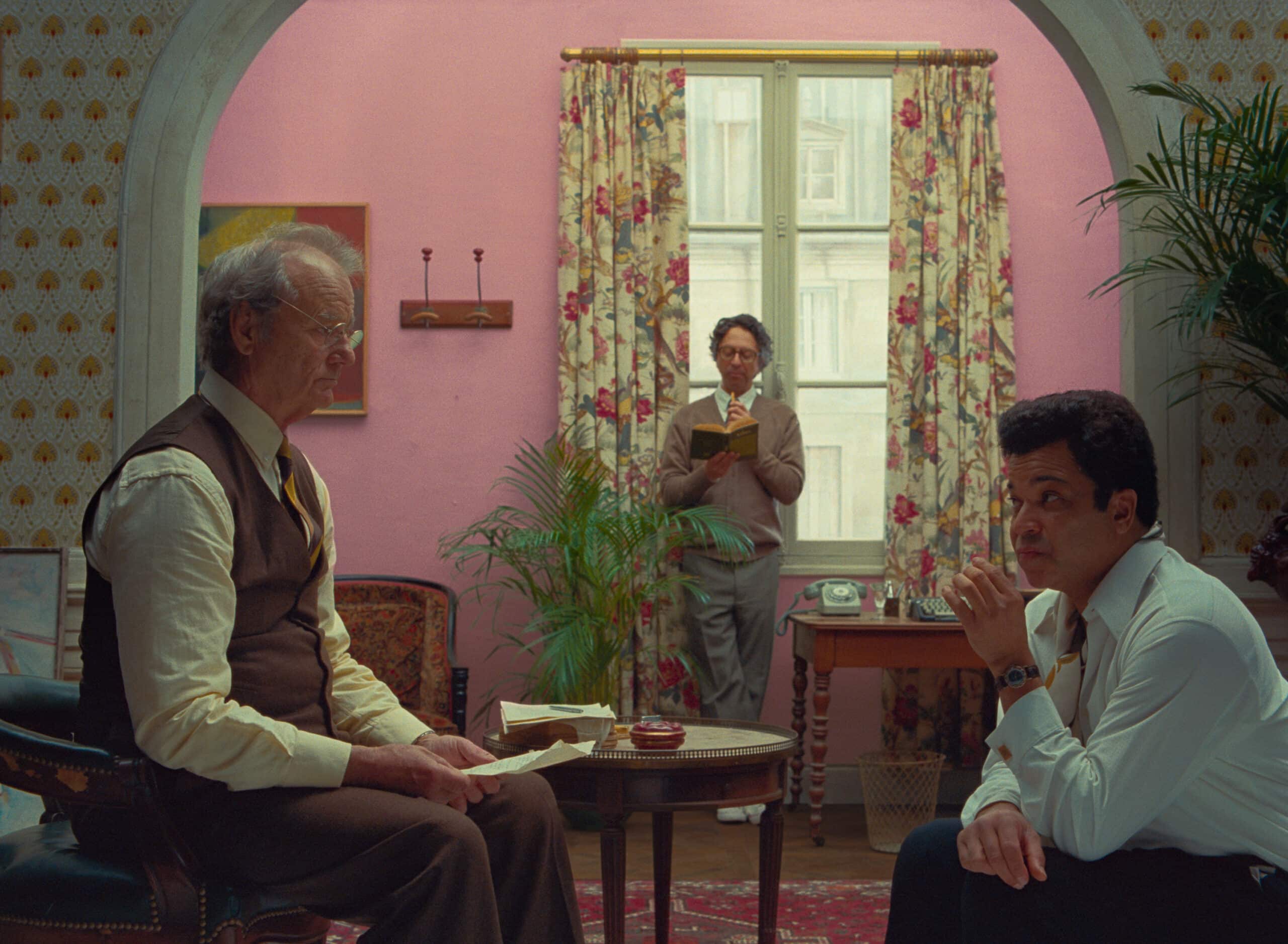 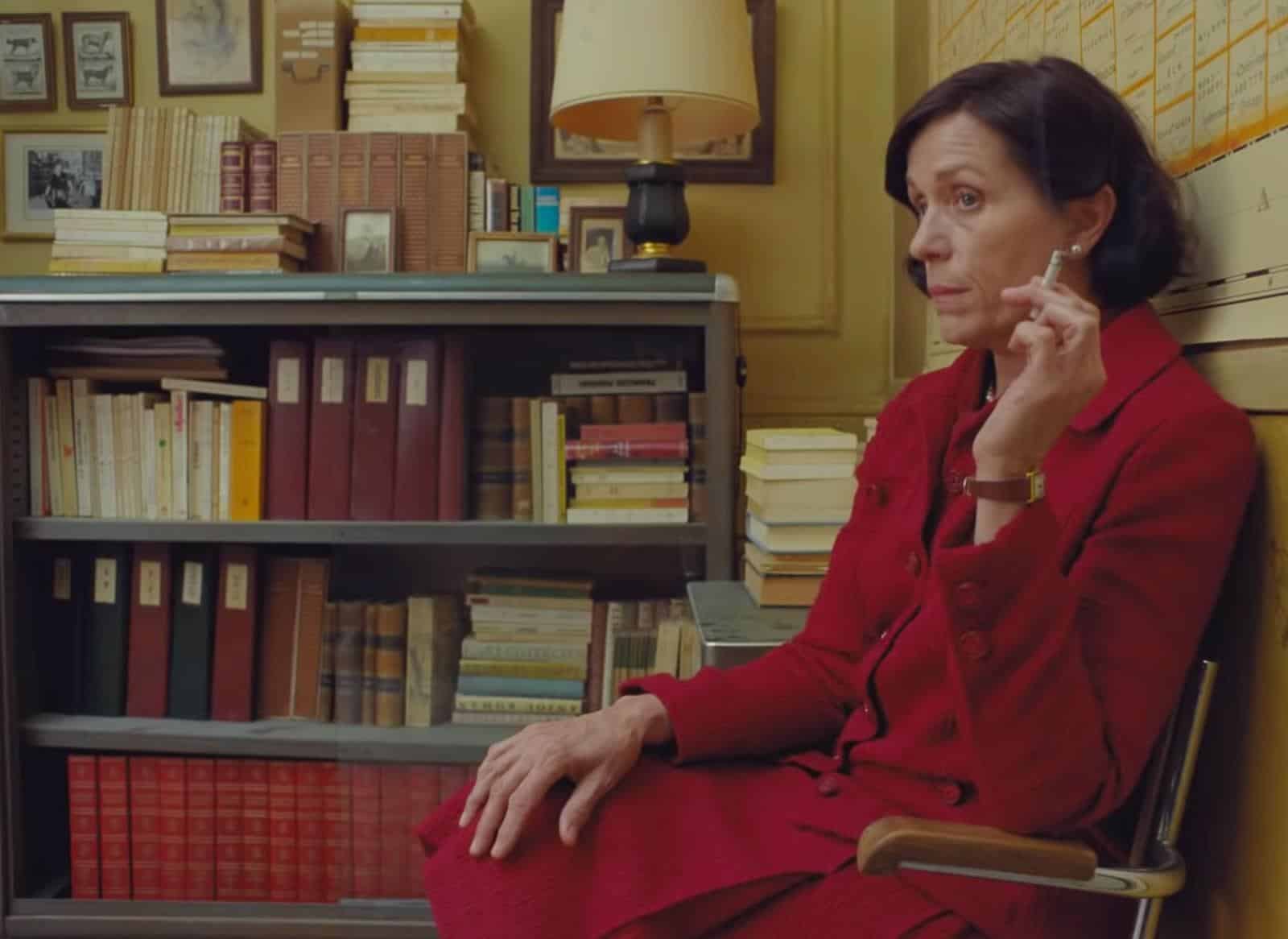 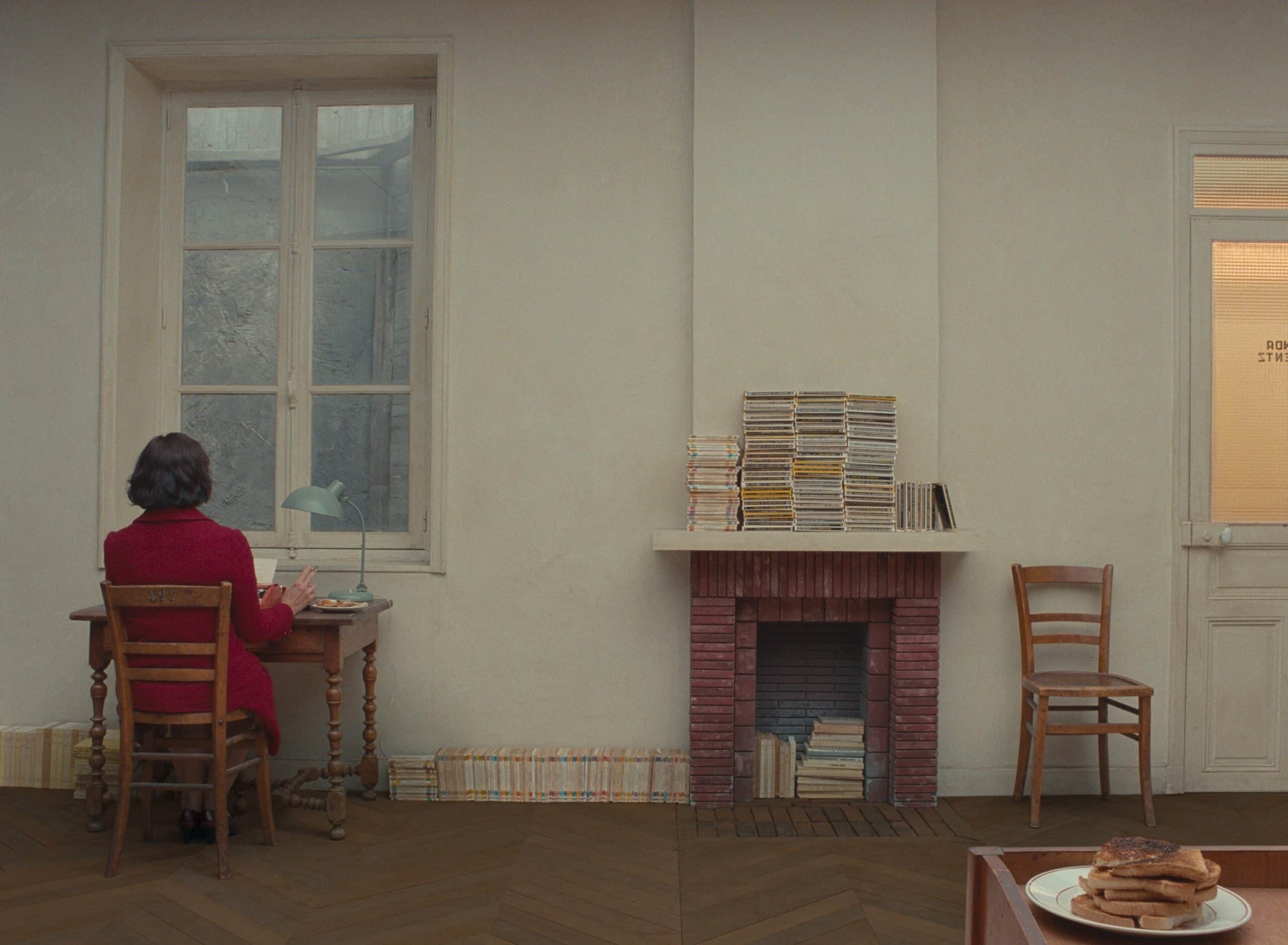 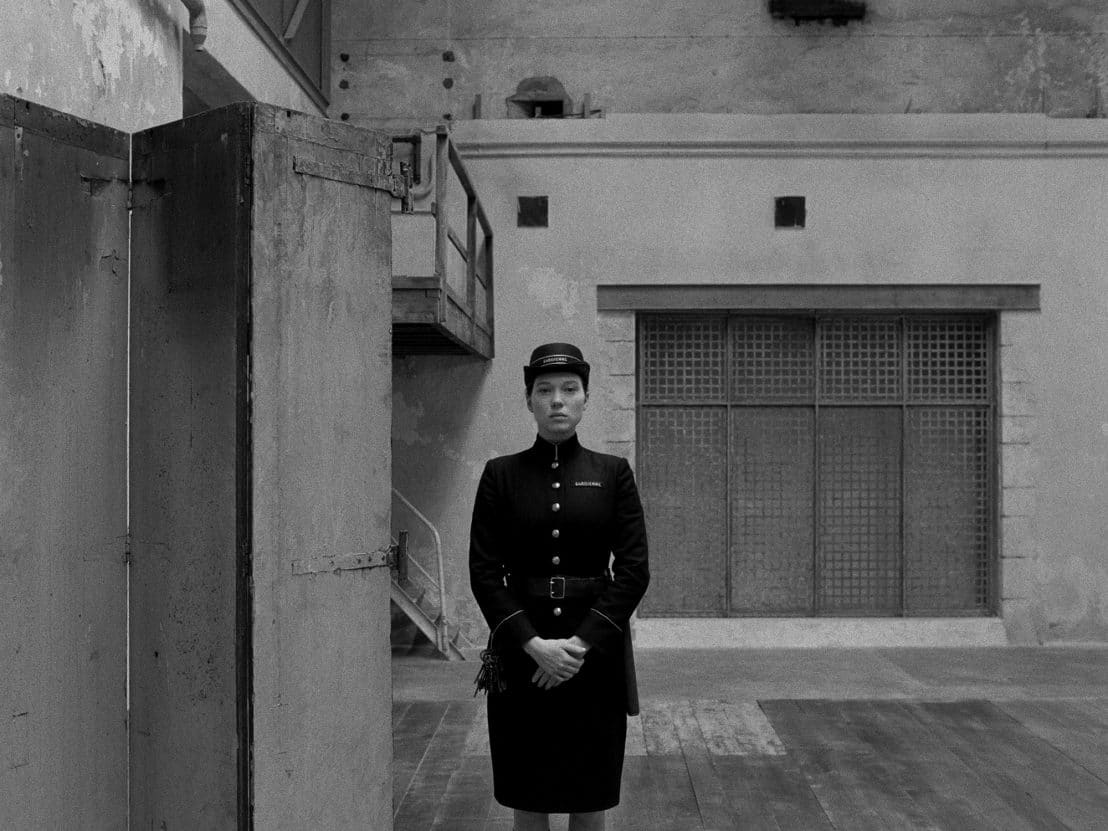 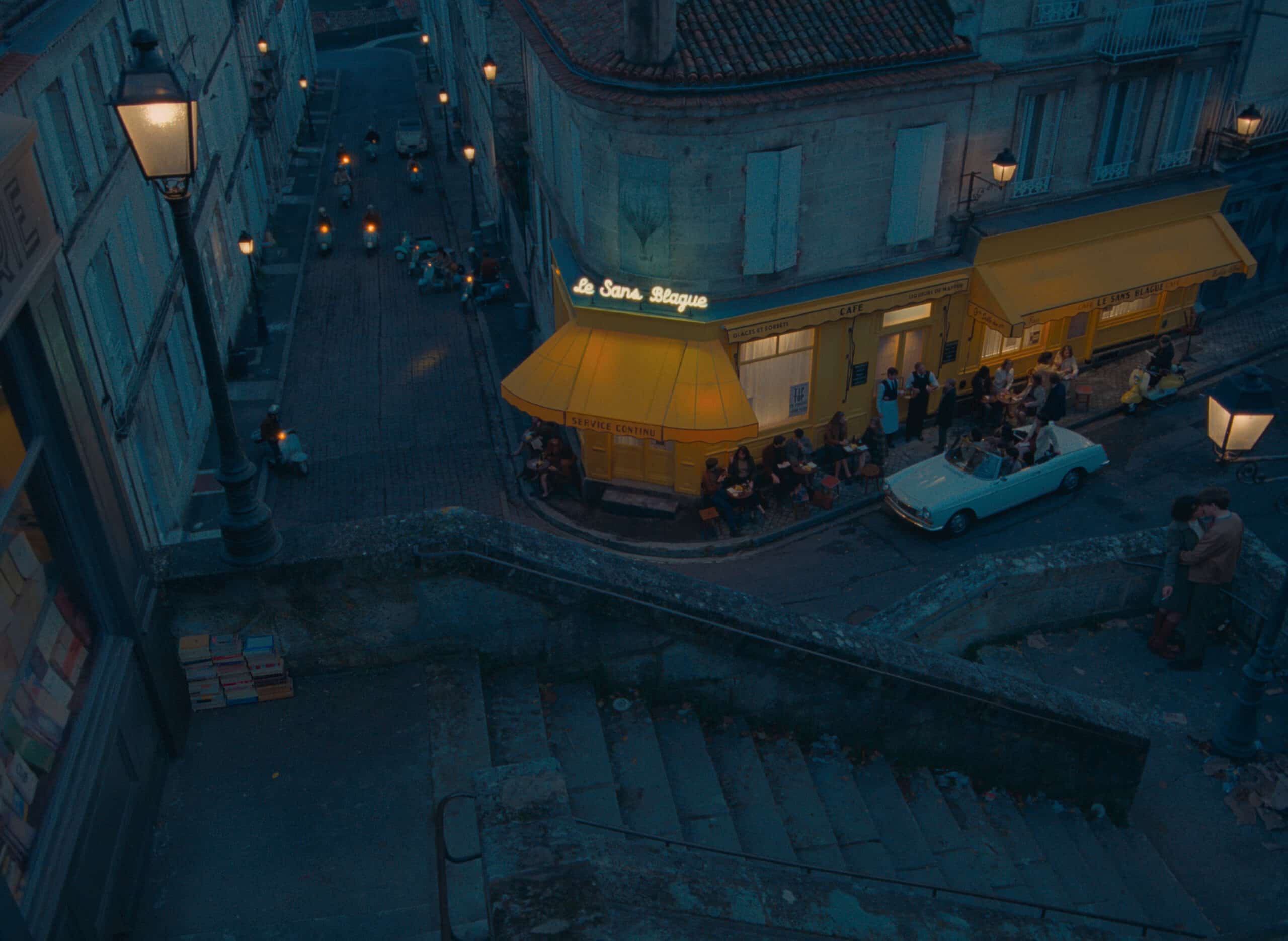 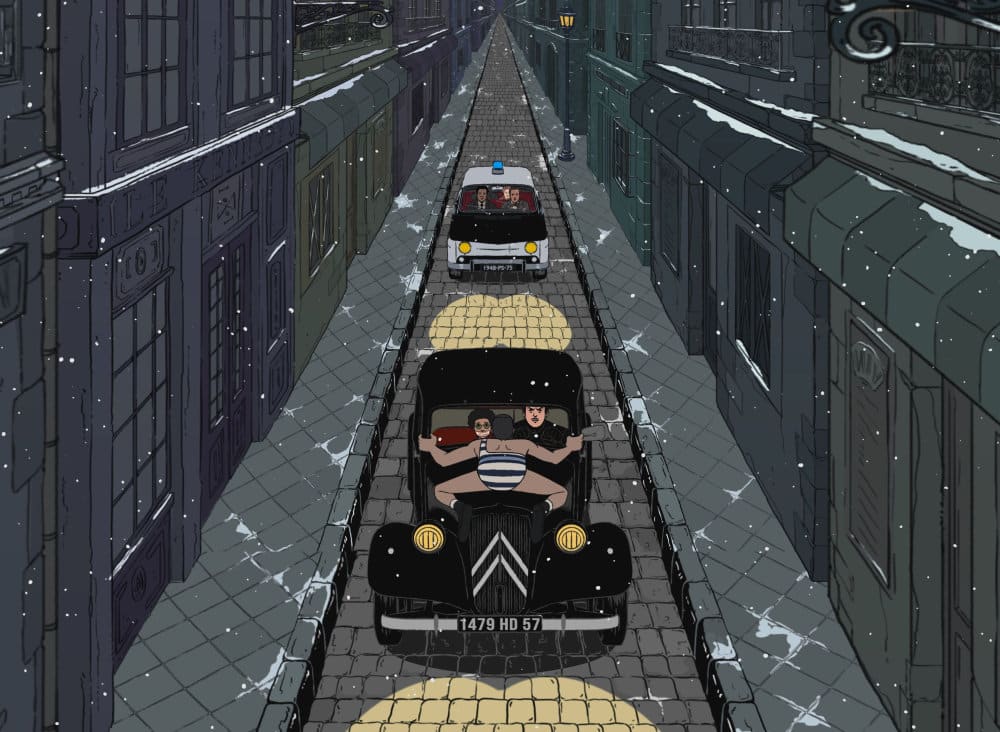 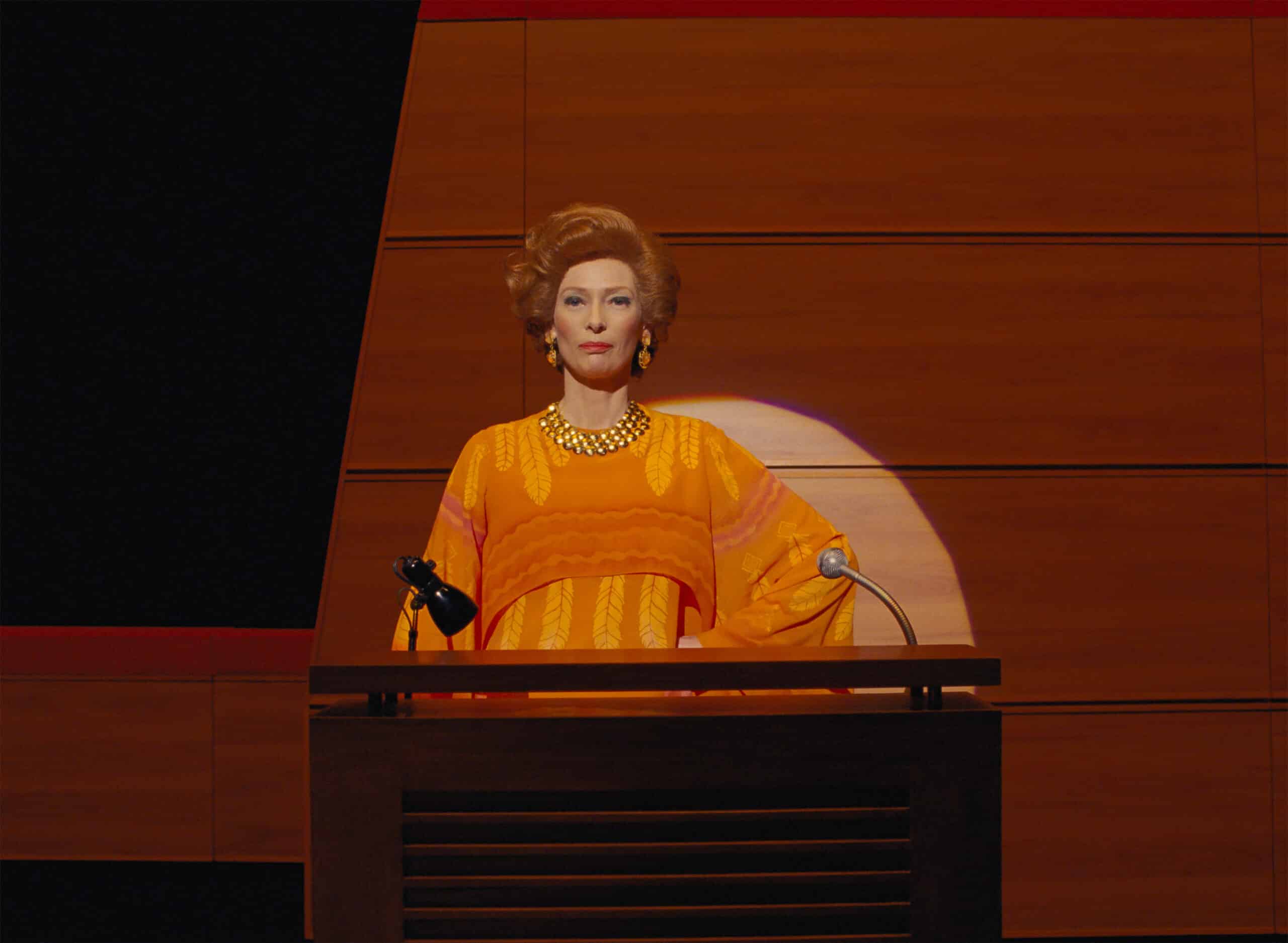 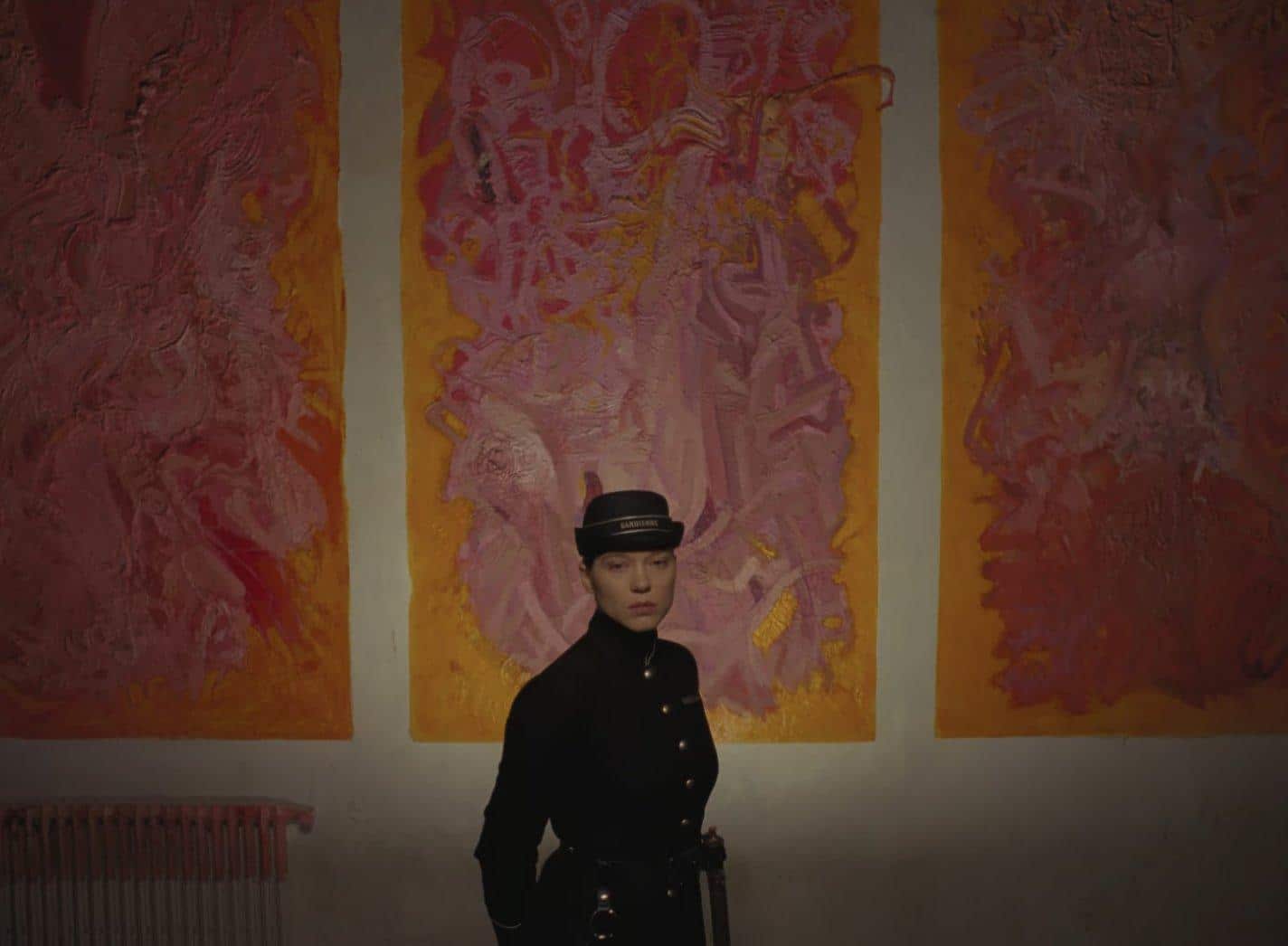 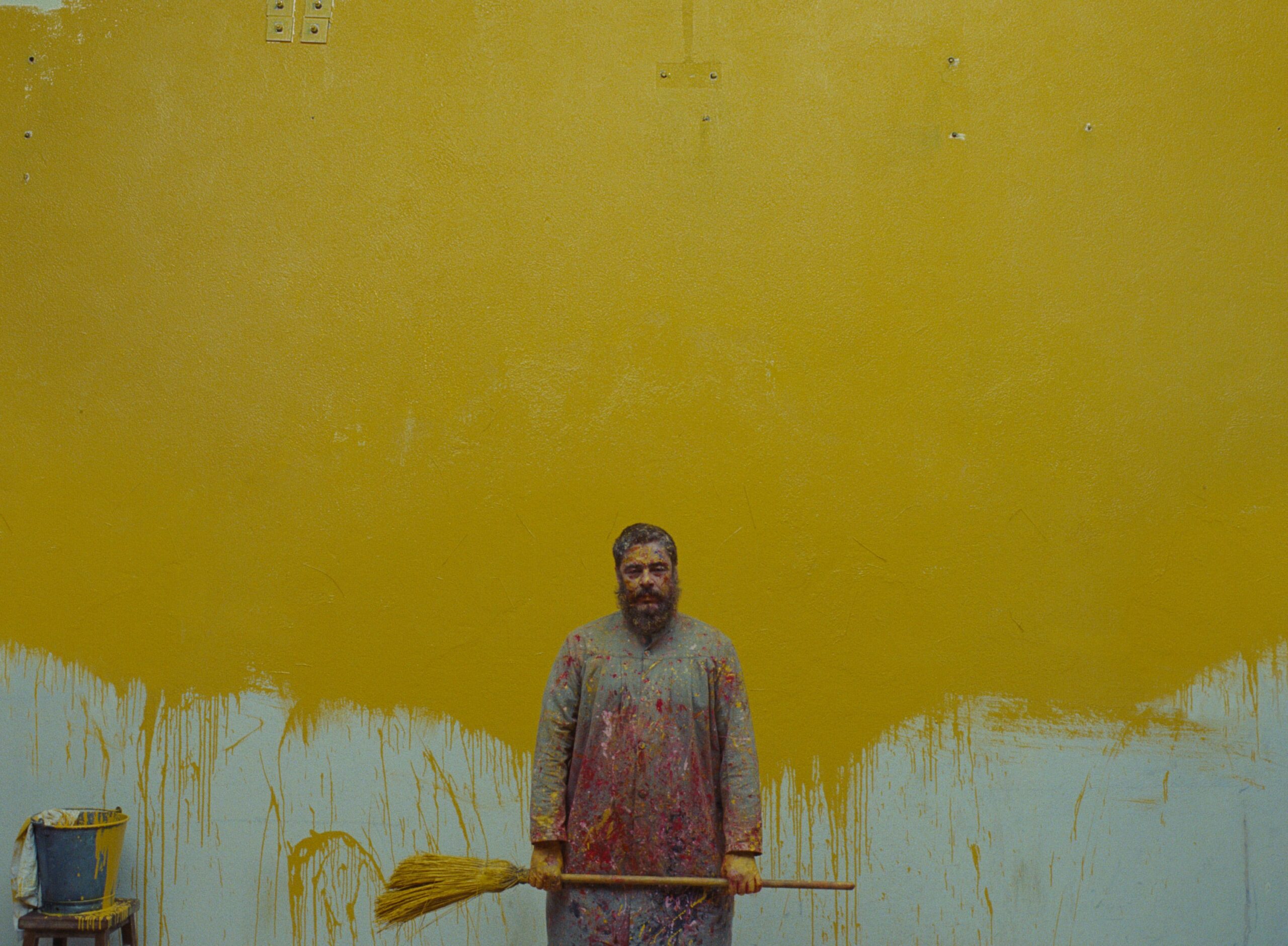 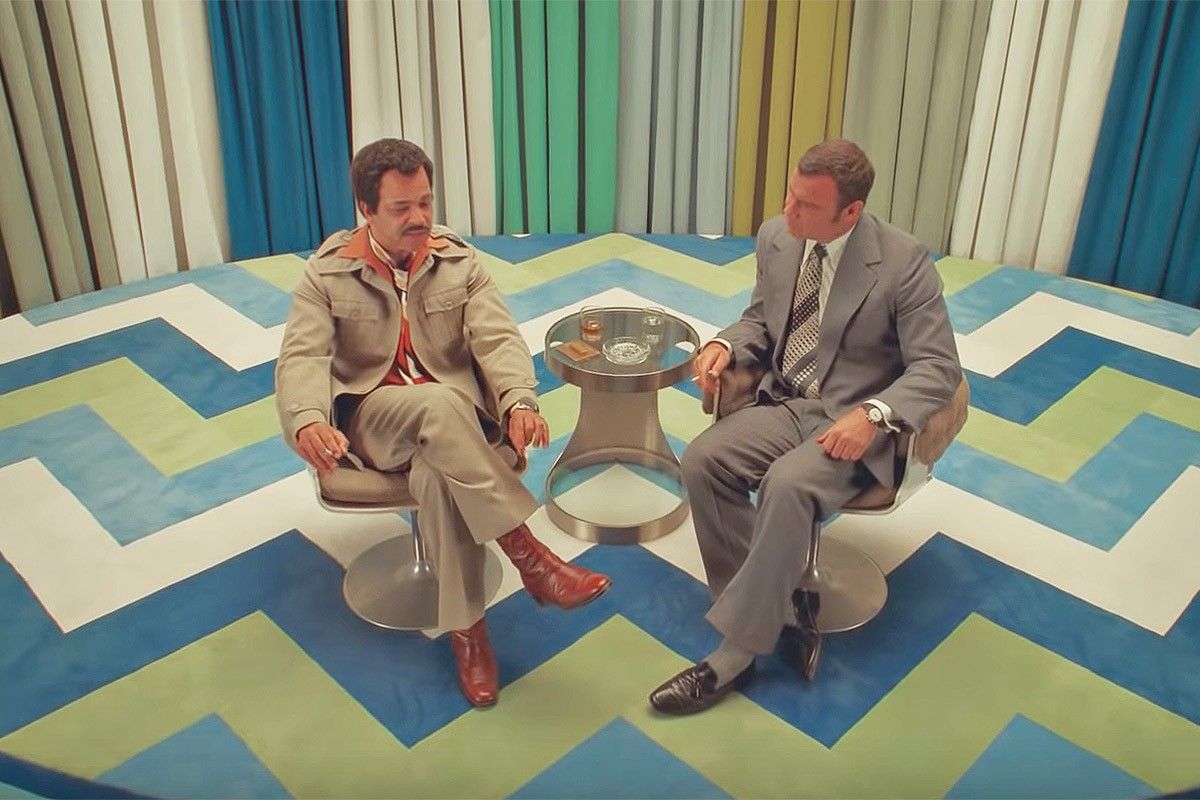 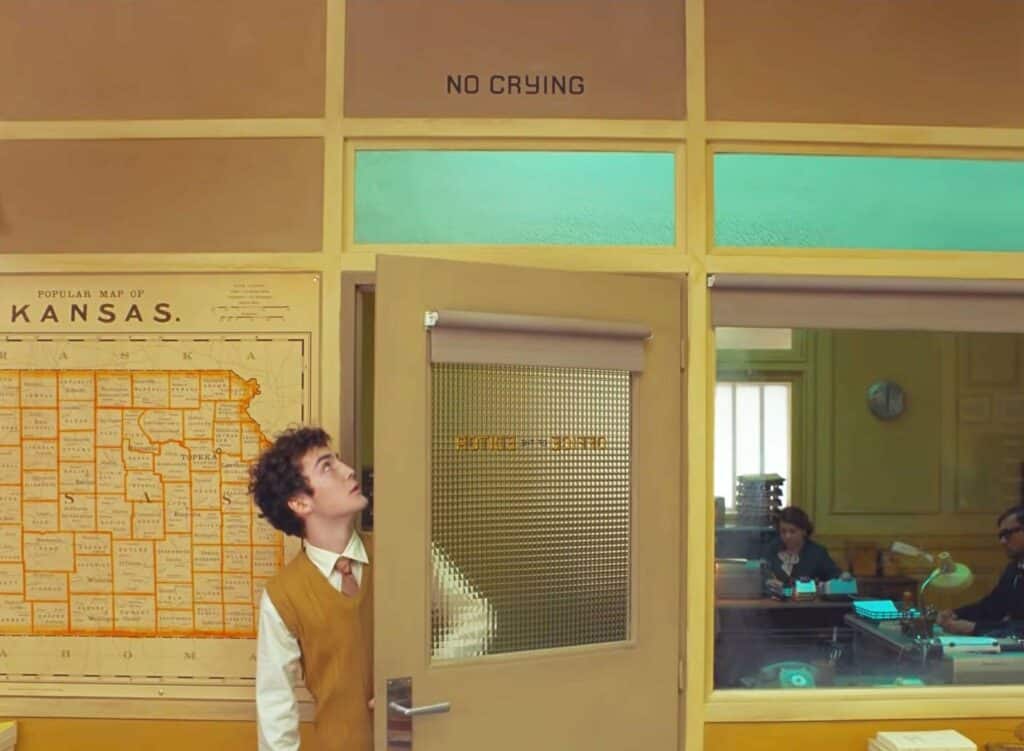