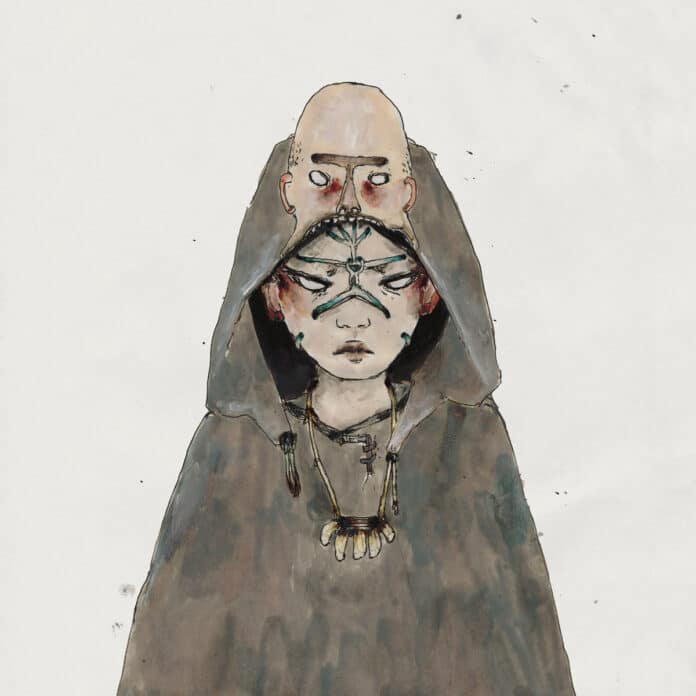 In 2007, South London producer Burial’s sophomore album Untrue almost single-handedly recharted the course of UK electronic music. His groundbreaking production was heavily informed by the local legacies of his various subgenres (UK garage, dubstep, etc.), yet also completely original. Burial’s uniqueness wasn’t a product of calculated subversiveness but, instead, apathy towards ritualized conventions of music production. Where others would’ve seen flaws and messiness, Burial saw an opportunity for expression. He sampled low-quality Youtube vocal covers of popular R&B songs and built beats on a gridless software, resulting in wonky and imprecise rhythms. These elements, combined with his sampling of lo-fi noise (e.g. vinyl surface noise), painted a vivid and atmospheric portrait of urban isolation. Even the past decade-and-a-half’s onslaught of imitators haven’t been enough to undo the originality of Untrue.

Burial hasn’t released another LP in the last fifteen years. Yet clocking in at 43-minutes, Antidawn EP, Burial’s new project, is his fullest work since Untrue. Comprised of five tracks, Antidawn chronicles similar themes of urban romanticism and loneliness, deconstructing his signature techniques, and recontextualizing them for a new era. This new EP is a bold departure, yet still founded on many of the same devices which first established Burial’s career. In short, he subverts his own subversions.

On Antidawn, Burial, something of an amateur historian of the UK electronic scene, steps back from dance music influences and delves deeper into ambient space. While many staples of his signature production appear on Antidawn, the tracks are stripped down and migrated away from the late-night ravescapes of his earlier work. This is a loose and formless record: a sound collage where samples are manipulated and assembled together without the guiding narrative of any conventional song structure. In line with a technique Burial explored on post-Untrue tunes like ‘Rival Dealer’, Antidawn’s songs are always stopping and starting. Tracks roll in and out; lush synths glimmer, grow a little louder, and then dissipate. This cycle repeats countless times throughout each song. The tracks are always progressing, but never arriving at any new destination. It’s an exercise in stasis.

The most distinct point of departure from Burial’s past work is Antidawn’s absence of percussion. Though the occasional simple hi-hat pattern materializes, it’s always buried deep in the mix, mingling almost indistinguishable from the perpetual crackling of lo-fi noise which cloaks the tracks. Instead, the dominant musical element is the human voice. Isolated phrases from vocal samples, pitch-shifted and reverbed, sing into the ether. Though heavy processing renders them quasi-robotic, Burial’s sampling of dramatic R&B-type melodies makes a striking counterpoint against the rest of the music, which is minimal and largely unmelodic. Despite the minimalism, it’s also Burial’s most affectionate work to date. Each track is blanketed in warm synth tones, which slowly envelop everything, rendering the disorder of the lo-fi crackle into something comforting. The songs are delicate: textured, yet thinly layered. It’s so easy to seep into Antidawn’s world since it boasts a gentleness unakin to the cold, lonely sound often associated with Burial.

This is even an unabashedly romantic album. The vocal samples often address someone in second person, singing declarations of love and intimacy. “Come to me, my love,” a voice beckons on ‘Shadow Paradise’. On ‘Upstairs Flat’, the final song, another voice calls out: “I wanna be there/ When you’re alone/ Lying in your loving arms.” These sincere words of love and affection cover the haze of fuzz which backdrops the tracks. Pronouncements of love become an antidote to chaos and a cure for the loneliness which consumes Burial’s work. While Antidawn is never as revolutionary as Untrue, it offers a fascinating dialogue with the previous record, demonstrating how the same production techniques can write a completely different story. Burial’s tools, it seems, wield tremendous versatility and a disarming capacity for warmth.