MJ Lenderman, who plays guitar for the Asheville indie band Wednesday, has announced a new solo album. Boat Songs, the follow-up to his 2020 debut Ghost of Your Guitar Solo, is set for release on April 29 on Dear Life Records. It’s led by the new single ‘Hangover Game’, which was inspired by the Michael Jordan documentary series The Last Dance. Check out its music video, directed by Wednesday’s Karly Hartzman, below.

“Michael Jordan’s illness in the legendary game 5 of the 1997 NBA Finals is generally attributed to the flu,” Lenderman explained in a press release. “However Michael’s security guards and trainer suggest in ‘The Last Dance’ docuseries that he was actually intentionally poisoned by a bad pizza made by Utah Jazz fans. Another less popular theory is that MJ was hungover after partying and playing poker– one person says he was at Robert Redford’s chalet, another says he was in Vegas– all night before the game. I liked the idea of the latter theory so I wrote a song about it. Remember that I am no detective, just a songwriter and whatever really happened in Utah, Jordan still dropped 38 points and won the game.” 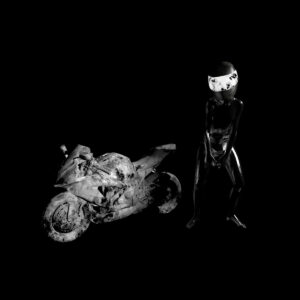