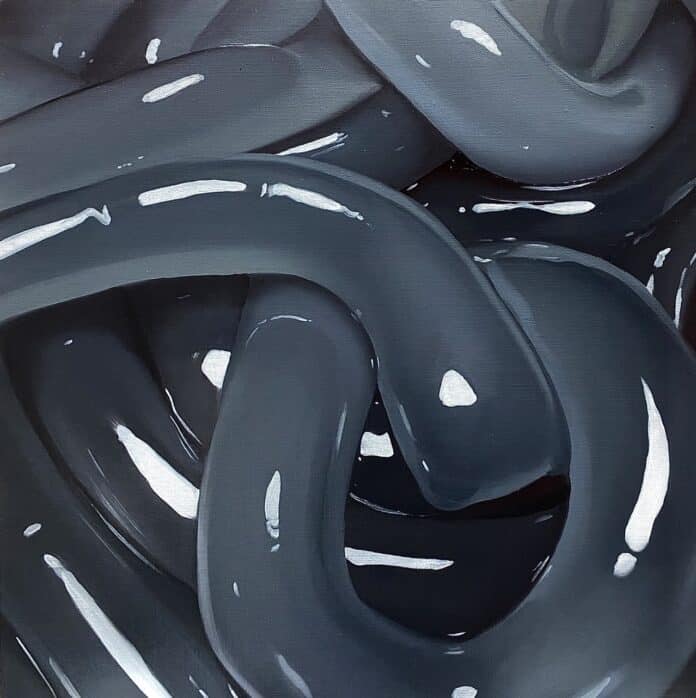 For the past three decades, Boris’ career has been marked by endless experimentation. No band has found as much success exploring the entire spectrum of heavy music – from sludge to black metal to drone – while venturing boldly outside of it, offering their unique take on synthpop and electronic music and collaborating with everyone from Merzbow to the Cult’s Ian Astbury. Even when they stay within the same genre, the Japanese trio retain their affinity for sonic variation in its most subtle forms. And while their eclecticism has often yielded mixed results, when Boris deliver a breakthrough, it feels less like a reinvention than a rebirth. The last time they struck gold was with 2020’s NO, a remarkable fusion of the band’s disparate musical interests and an album whose riotous aggression was fuelled by the onset of the pandemic. For the first time in years, the band sounded more consumed by the surrounding chaos than its own complicated history, and it led to their best outing since arguably 2005’s Pink. Yet again, it felt like Boris had a bright future ahead of them.

This has never caused the band to slip into their comfort zone – if there has ever been such a thing – but it has occasionally weakened their focus. Despite NO’s success, not even a casual fan would have expected Boris to make the same album twice; the fact that their new record, W, was billed as a companion piece only further confirmed that they would take it in the opposite direction. More discerning fans might have already taken the hint when NO ended with an ambient piece called ‘Interlude’, whose melody drifts into W’s riveting opening track, ‘I Want To Go To The Side Where You Can Touch…’, and situates the album firmly in the realm of the ethereal. Boris have dabbled in dreamy territory before, whether in their own shoegaze-leaning efforts like New Album and Attention Please or collaborative projects like 2006’s Altar with Sunn O))), but W carries an unusual airiness throughout that leaves it feeling both new and fractured – in conversation with the past yet conjuring an eerie, sublime presence.

If it wasn’t already obvious, the two album titles combined spell out the word NOW. If the first album channeled the urgency of the moment through a kind of raging punk metal that seemed to contain all the possibilities of loud music, W focuses on quiet contemplation while harnessing the band’s knack for subtlety. Boris intended NO as “extreme healing music,” and on at least a surface level, W simply gets rid of the first descriptor. In its complete form, according to the band, the project presents “a continuous circle of harshness and healing.” For all its elegance and restraint, as a standalone album, W is most effective when its arrangements evoke that cycle in ways that are dynamic and engaging rather than static and dull. ‘Drowning by Numbers’ creates an ominous atmosphere not just through layers of feedback and distortion, but by stacking them against a menacingly funky bassline; ‘The Fallen’ relies on the band’s signature wall of guitars, but gains impact when placed between the feathery ‘Invitation’ and the slowly-unfolding ambience of ‘Beyond Good and Evil’.

It’s the fact that guitarist Wata handles lead vocals, however, that lends the album most of its emotional texture. On ‘Icelina’, Boris deliver something of a ghostly ambient pop track, which might have felt thin stretched out to five-and-a-half minutes were it not for Wata’s command of atmosphere. The lyrics speak of a character who “Never speaks because she/ Knows her words would come true,” silently hoping “that one day/ Her humming would turn into a song to make sense,” and Wata’s whispers sound haunted by the power of her voice as a synth contorts like a chest closing in. It’s this attention to detail and space that can make Boris’ droning soundscapes as compelling as their thrashiest moments, but overall, W suffers from a lack of a cohesive vision that holds it back from being another truly essential listen. If anything, NOW posits that the present is nothing but a constant clash of opposing forces, the same contrast that continues to drive the band’s restless excursions.

Album Review: Boris, 'W'For the past three decades, Boris’ career has been marked by endless experimentation. No band has found as much success exploring the entire spectrum of heavy music – from sludge to black metal to drone – while venturing boldly outside of it, offering their...