Warpaint have announced their first full-length album in six years: Radiate Like This arrives on May 6. Today’s announcement comes with the release of the new single ‘Champion’. Check it out below and scroll down for the LP’s cover artwork and tracklist.

In a press release, the band – Emily Kokal, Jenny Lee Lindberg, Stella Mozgawa, and Theresa Wayman – said the new song is about “being a champion to oneself and for others. We are all in this together, life is too short not to strive for excellence in all that we do.”

Radiate Like This follows Warpaint’s debut EP Exquisite Corpse, 2010’s The Fool, 2014’s Warpaint, and 2016’s Heads Up. The band have also announced a run of shows in the UK and Europe this spring, with global dates to follow. Find their tour schedule below. 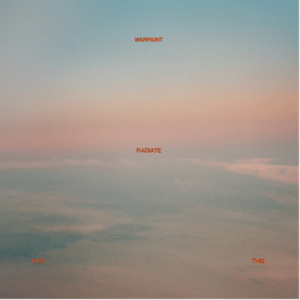