Calexico have announced a new album titled El Mirador, which is scheduled for release on April 8 via City Slang. Today’s announcement comes with the release of the album’s first single and title track, alongside an animated video by director Elefanto and MERO ESTUDIO. Check it out below and scroll down for the album’s cover artwork and tracklist.

Calexico’s Joey Burns and John Convertino wrote and recorded the new LP at longtime bandmate Sergio Mendoza’s home studio in Tucson, Arizona. “El Mirador is dedicated to family, friends and community,” Burns said of the album in a statement. “The pandemic highlighted all the ways we need each other, and music happens to be my way of building bridges and encouraging inclusiveness and positivity. That comes along with sadness and melancholy, but music sparks change and movement.” 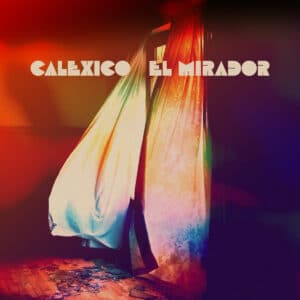