Sunflower Bean Announce New Album ‘Headful of Sugar’, Share New Song ‘Who Put You Up To This?’

New York trio Sunflower Bean have announced a new album called Headful of Sugar. The follow-up to 2018’s Twentytwo in Blue will be released on May 6 via Lucky Number. Today’s announcement comes with the release of the new single ‘Who Put You Up To This?’, which follows last October’s ‘Baby Don’t Cry’. Check it out below and scroll down for the LP’s cover art and tracklist.

“We wanted to write about the lived experience of late capitalism, how it feels every day, the mundanity of not knowing where every construct is supposed to ultimately lead you,” vocalist Nick Kivlen explained in a statement. “The message is in the title: this is about fast pleasures, the sugar of life, the joy that comes with letting go of everything you thought mattered.”

Commenting on the new track, the band said: “Are you satisfied? Who put you up to do things that you do? Was it your own choice? Questioning your life is the first step to taking the agency to change it. Sometimes you have to let go of who you have been so that you can become who you want to be.” 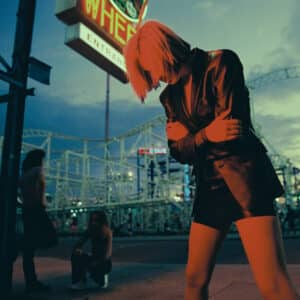