Album Review: Black Country, New Road, ‘Ants From Up There’ 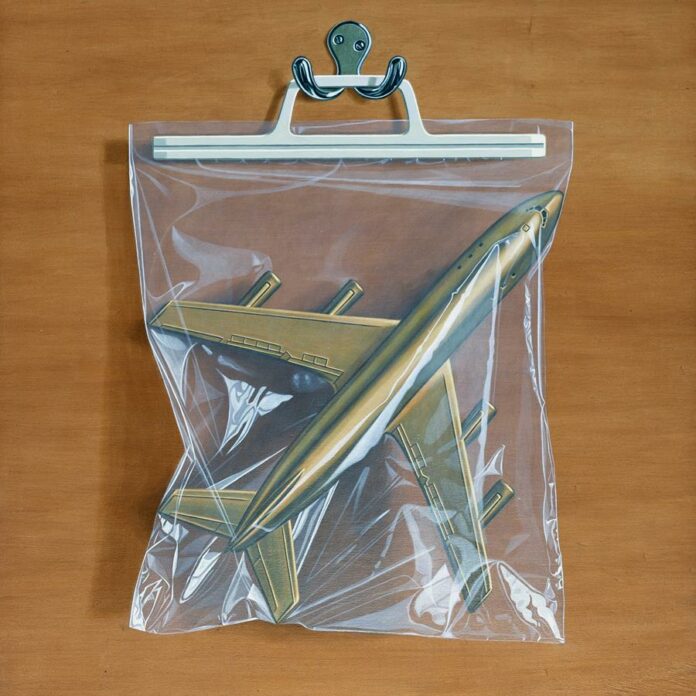 The most impressive thing a band can do on their debut is arrive fully formed, but Black Country, New Road were already way ahead. With most of the material on last year’s For the first time already familiar to fans prior to its release, the London ensemble were quick to distance themslves from what they framed as simply a collection of the first songs they wrote together – as thrilling and acclaimed as it was – and set their eyes on the future, promising an exciting new direction that would better represent their ethos as a band. Besides, the idea of arriving “fully formed” barely applies to a group that treats both form and meaning as endlessly malleable: the studio versions of songs the band had played live sounded markedly different on the first album, while ‘Basketball Shoes’, a track originally written long before the release of their debut and a centrepiece of their live shows, takes a whole new resonance as the closing track on their sophomore LP – and not just because what was known as a song, um, about Charli XCX now includes no real mention of her.

The shocking news, announced just days before the album’s release, that vocalist Isaac Wood will no longer be a member of Black Country, New Road, only further confirms that whatever version of themselves the group wanted to bring forward on Ants From Up There is as impermanent as it is true. You can picture a dozen critics frantically restructuring their reviews following this turn of events, because how could you ignore the reality of the situation when the narrative of the album centers around self-mythologizing the end of something, and when so much of the band’s evolution as a whole can be traced in Wood’s quivering vocal presence? I mean, the whole thing opens with the line: “And though England is mine, I must leave it all behind.” Luckily, the record is a breathtaking and remarkable work that triumphs on its own terms, running on the fuel of feverish devotion and despair that’s echoed in the band’s organic arrangements, which are more dynamic and as intricate as ever. We simply don’t have the word space to put it in context.

For most bands, pushing your sound forward is a matter of bringing in a different set of influences, and you can hear that happening on Ants From Up There. Straying even further from the wave of post-punk revival that they were lumped into, the album builds on their debut’s fusion of jazz, klezmer, and post-rock while interlacing them with bits of chamber pop, modern classical, midwestern emo, and a heavy dose of early aughts indie – more reminiscent of Bright Eyes or Modest Mouse than the other band they’ve professed to being obsessed with, Arcade Fire, though there’s some of that in the immediate, thundering choruses of songs like ‘Chaos Space Marine’ and ‘Good Will Hunting’. But no band can apply their improvisational insticts to transform those familiar touchpoints into their own logic like Black Country, New Road – and besides, the most important shift here is not one of sound as much as scope and scale. (Wood’s lyrics may be ambiguous, but in his time as the frontman of the band, their album titles have been pretty straightforward.)

With a nearly one-hour runtime, Ants From Up There has the space it needs to unfurl in all its joyful, challenging, and at times discordant beauty. Compared to the meticulousness of For the first time, the band also sounds more open to discovering where it takes them; and if that means sacrificing some of the music’s electric charge for a greater sense of freedom, they prove time and time again they know what to do with it. The aforementioned ‘Basketball Shoes’, which stretches out to 12 minutes, is just one of the songs that could be described as a centerpiece. After the album’s first two surprises – the brief ‘Intro’ of sax and violin and the anachronistic pop of ‘Chaos Space Marine’ – the group charges into the slow-burning ‘Concorde’, which introduces one of the album’s two main lyrical motifs (the other, perhaps less narratively significant one being Billie Eilish) and ends in swirling cacophony. It’s followed immediately by ‘Bread Song’, a track that makes domestic anxieties sound as enormous and intimate as they can feel.

This is an album that bears its weight by operating within extremes. Black Country, New Road are known in part for their wry humour, but the vulnerability – even sentimentality – that pervades Ants From Up There is what makes it a bold and devastating statement. Specific references stand alongside abstract imagery, while the pristine warmth of the arrangements counteracts their unconventional structure. More than anything, though, the crippling self-doubt that Wood sings of comes into contrast with the growing conviction in his vocals, the turbulent axis around which many of the songs here revolve – even as each member of the group (which will carry on as a six-piece) develops a voice that sounds even more distinct and vital against a backbone of pensive, at times riotous guitars. Whenever the band reaches momentous heights that hint towards a climactic finale, as in the phenomenal final stretch of songs, they brace themselves for another one, as if not quite ready to turn the engine off. By the end, it seems, clarity becomes synonymous with futility. Nothing is permanent and nothing stays the same – but Ants From Up There shines through the tension and darkness that surrounds its moment, channeling it into a sweeping, grand epic we can look up to for years to come.