Blanck Mass, the project of musician Benjamin John Power, composed the score for Ted K, the new Tony Stone-directed film starring Sharlto Copley as the Unabomber, Ted Kaczynski. The soundtrack is out digitally on March 18, with CD and LPs to follow on June 10 via Sacred Bones. “I wanted it to feel like an epic,” Power said of the album, which was recorded during lockdown at his studio in Edinburgh, Scotland. Listen to ‘Montana (Main Theme)’ below.

Ted K premiered at the Berlin International Film Festival last year and is coming to theaters in the US this week. Blanck Mass released his most recent studio album, In Ferneaux, last February. 2020 saw him composing his first film score for Nick Rowland’s Calm with Horses, which earned Blanck Mass the Ivor Novello Award for best original film score. 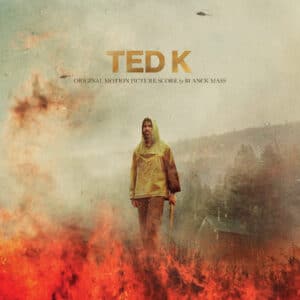