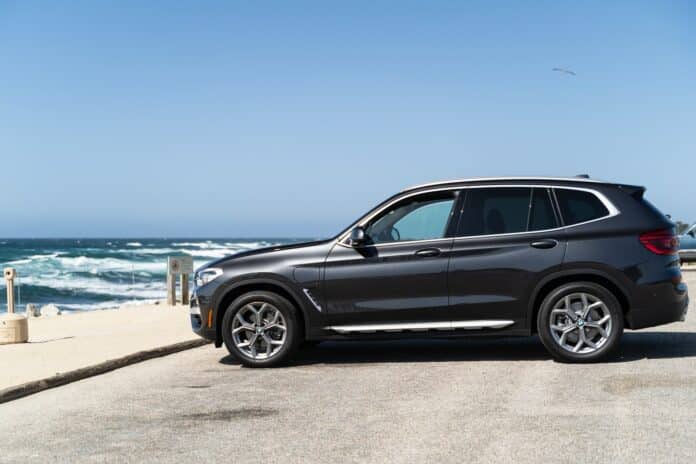 Blur or Oasis? Chinese or Indian? Petrol or diesel? These are the big questions in life. Choosing between the black and green pumps can seem inconsequential from a far, but it can make a big difference.

Diesel SUVs are broadly much more economical than their petrol counterparts. Plus they can tow more. And they are torquier, which means overtaking is effortless as you don’t need to rev an engine right out to the limit.

Before we go any further, we recommend looking at some used cars. This is because of the ongoing global chip shortage, which is leading to some SUVs being on a six-month waiting list.

Below we’ll highlight the pros and cons of diesel and petrol SUVs, before making five recommendations of diesel SUVs to buy new or used now.

The Czech company is well-known for offering VW build quality at a more affordable price.

The Kodiaq is broadly similar to the Volkswagen Tiguan (below) but is a bit cheaper. How similar is it?

It’s still offered with the same tech, including the diesel engines. If you go for the seven-seat model, it’s worth seeking out the 200hp 2.0-litre engine as it’s still effortless even if you’re fully loaded.

The award-winning Land Rover Discovery Sport has long been the middle class choice. It looks at home in the city and the countryside, and is practical enough for family life. Available with seven seats too.

There are two diesels on offer. Both are 2.0-litres with differing levels of power. The less powerful version is certainly quick and strong enough for most people, plus it can do up to 45mpg.

Bargains don’t come much better than this. Pound for pound, the Duster has all the competition beat because of just how large the interior is versus how cheap it is.

Sure, some of the interior bits feel a bit like old-school plastic egg boxes, but you’ve gotta ask yourself how much you really care.

There’s only one diesel to choose from. It’s a 1.5-litre capable of up to 55mpg in front-wheel drive form.

The Tiguan is one of the best-selling SUVs out there. People love the way it looks, the huge levels of different trim options to choose from and the cachet of the VW badge.

Like with the Kodiaq above, there are two diesels to choose from. Opt for the more powerful version, team it with four-wheel drive and you’ll have a towing capacity of up to 2,200kg.

A bit of a left-field choice from us here. But the Rexton makes an awful lot of sense because of how cheap it is. There aren’t many cars out there that offer seating for seven and a towing capacity of 3,500kg for this price.

Loads of kit too, including a touchscreen infotainment, electric tailgate and a 360-degree camera.