Gambling Culture Then and Now 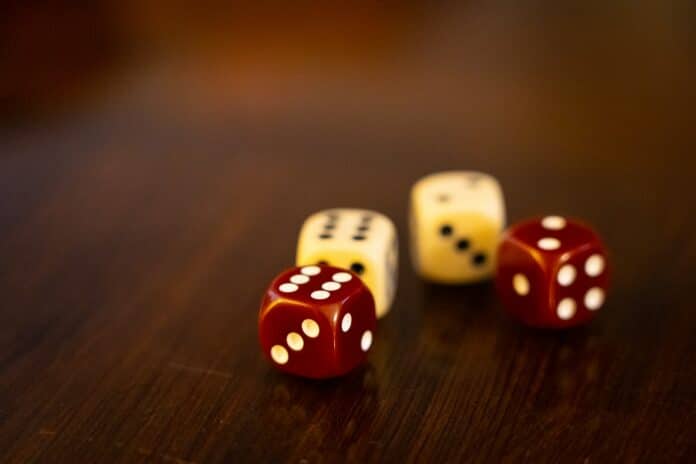 Throughout recorded human history, and in every corner of the world, gambling has existed in some form or another. It seems that gaming and wagering is as much a part of our collective cultural heritage as music, folklore, or visual arts.

But while gambling has been around as long as humanity, there have been dramatic shifts in how and why we gamble, and in the societal attitudes towards these activities. Even within living memory, there have been profound changes in how gambling is regulated and carried out, and also in how it is presented and perceived.

Gambling has gone from being widely banned to almost universally accepted within less than a century. Today many people think nothing of searching for online casino sign up bonuses, while the parents of those same people may well have viewed gambling as immoral. How is it that gambling culture has changed so much in such a relatively short time?

For centuries, lawmakers have grappled with how to legislate gambling activities. One the one hand, betting and gaming has long been seen as a vice, a sinful pastime condemned by religious leaders. On the other hand, there is money to be made, and state-run lotteries have long been used as a way to fill government coffers. Gambling taxation is mentioned in historical texts that go back as far as the 4th century BC.

Around the middle of the 20th century, there were some more concerted efforts to formalize gambling laws in both the US and the UK. In the US, it was Nevada that first used gambling as a form of economic relief after the Great Depression, leading to the foundation of Las Vegas as the world’s most famous gambling destination. However, within a few years the city had become synonymous with organized crime, and the association of gambling with vice became even more firmly entrenched.

In the UK, sports wagering was always the most popular form of gambling, especially horse and greyhound racing. In 1960 a bill was passed legalizing many forms of gambling and allowing licensed betting shops to open for business. Since then, high street bookmakers have been a staple of UK towns and cities across the country.

Towards the end of the 20th century, cultural attitudes to gambling remained divided, and often inconsistent. Movies like the James Bond franchise popularized an image of casinos as a suave, elegant, and sophisticated destination. For the rich, at least, a casino was synonymous with glamor.

That image was at odds with the more widespread reality. While many European casinos did embody old-world elegance, for the most part gambling venues were far from glamorous. Bingo halls, racetracks, and betting shops were not for the glitterati. In the US, casinos were often dingy halls filled with slot machines, or garish and brightly lit.

The mob still had a grip on Vegas until the mid 1980s, when the long campaign by the federal authorities finally turned the tide on Mafia involvement with casino gambling. This could be seen as the starting point for a softening in attitudes towards gambling. As the Mafia associations weakened and fell away, what had once been edgy, possibly attractive but certainly licentious, started to become more benign in the collective consciousness.

Around the world, and in the US and UK in particular, existing gambling legislation remained more or less fit for purpose until the turn of the century. The late 1990s saw the emergence and the rapid ascendance of online casinos, leading to the next big shift in attitudes towards gambling. While all forms of gambling had slowly become more socially acceptable in the preceding decade, this innovation would prove to be a game-changer.

Where once gambling had been limited by location or social status, online casinos made it accessible to all. Gambling became democratized, an effect that only grew as internet access increased. Early regulators and licensing bodies were non-government, like the Kahnawake Gaming Commission, or based in dubious territories.

It wasn’t long before the governments of the world realized that they needed to get some control of the situation. Around the world there have been varying approaches to regulating online gambling, but overall the change has been in the same direction. Cultural opinions about gambling have become far more liberal than at any time in the last century.

The UK in particular leaned into the promotion of gambling culture, passing the 2005 Gambling Act and updating it in 2014. Tax revenue from betting and gambling amounts to around 3 billion British pounds per year. Advertising at sporting events, and on post-watershed television, is dominated by gambling companies from sports betting to bingo.

For the time being, it seems that gambling has become almost universally accepted as a form of entertainment, and a taxable source of income for governments worldwide. While some countries have for now decided to forgo formal regulation, the majority of jurisdictions have accepted that internet gambling is here to stay.

Despite some concerns over aspects of online casinos and gambling in general – money laundering, problem gambling, improper practices – the widespread attitudes tend towards acceptance. Already a multi-billion dollar market, the pandemic years saw an even greater number of people turn to online gambling as a leisure activity.

Accurate statistics are hard to come by, but some studies suggest that around a quarter of the global population gamble regularly. This is most certainly a lot more than it was a couple of decades ago. In the US and Canada, individual states and provinces continue to liberalize laws on sports betting and internet gambling. In Europe, each passing year sees more countries establishing their own gambling licensing and regulatory bodies.

There will always be those who view gambling as a vice to be avoided, but the cultural shift has resulted in that being a minority opinion. In 2020, a Gallup poll found that a record percentage of Americans – 71% – viewed gambling as a morally acceptable activity. Not so long ago, such a statistic would have been inconceivable.