!!! have announced the follow-up to 2019’s Wallop. It’s called Let It Be Blue, and it’s slated for release on May 6 via Warp. They’re also previewing the LP with the new single ‘Storm Around the World’, featuring Sink Ya Teeth’s Maria Uzor. Check it out below, along with the album’s cover art and tracklist.

“‘Storm Around the World’ is a song we’ve had since the last album that didn’t really come into focus until Maria Uzor from Sink Ya Teeth added her part and we turned it into a duet,” the band explained in a statement. “Originally an acid workout about parents who leave on tour it became much more than that with her vocal, which is equal parts sing-song and spoken word and who’s lyrics helped add both a familiarity and a mystery to the song. On this record we were looking for basic minimal arrangements – sub-bass, drums and vocals mostly – and that approach is what finally let us support the vocal parts in a way that worked. The final piece was the beat that our producer Patrick Ford made that felt somewhere between programmed, sampled and played, a blurriness that is another feature of this album, Let it be Blue, which was mostly built on computers but doesn’t always sound or feel that way.”

Let It Be Blue Cover Artwork: 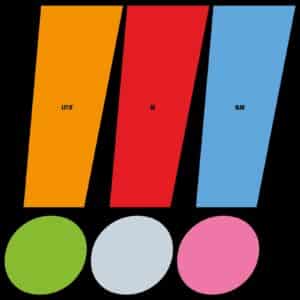 Let It Be Blue Tracklist: