LIFE have announced their third album, North East Coastal Town, which will be released on June 10 via the Liquid Label. Today’s announcement comes with the release of the new song ‘Big Moon Lake’, alongside a video directed by Luke Hallett that pays homage to ’80s Top of The Pops. Check it out and find the LP’s cover and tracklist below.

“We wanted Big Moon Lake to acknowledge the lyrical social commentary that was littered throughout our first two records whilst expanding the experimental and personal sound that you will hear throughout the new record,” LIFE vocalist Mez Green explained in a press release. “The track is playful and teases everyday themes of missing out, numbness, drinking, smoking and eating badly and generally wanting more for yourself in life. Its resolve being that in hindsight everything is in front of you, it’s on your doorstep and in this case that’s the wondrous county of Yorkshire.”

Elaborating on the new album, he said:

Hull and the surrounding area runs through our DNA and has shaped us, weathered us, empowered us, embraced us and made us feel accepted.

North East Coastal Town is our love letter to the city. The album is an ode to kinship and relationship with its musical and lyrical spine picking out themes of love, desire, beauty, horror, chaos, pride and most importantly the sense of belonging.

It’s a reflective body of work dedicated to people and place and those that have always been there and made us feel like we belong.

Upon writing and recording this album it was important to us that this sense of belonging was also reflected in the album’s craft and therefore we used locally based studios, equipment, gear, and the community around us to establish what it means to belong in a North East Coastal Town.

LIFE’s last album was 2019’s A Picture of Good Health. 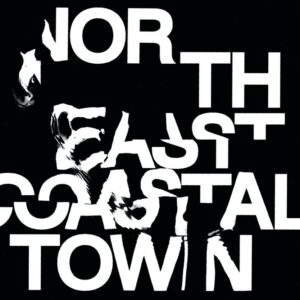