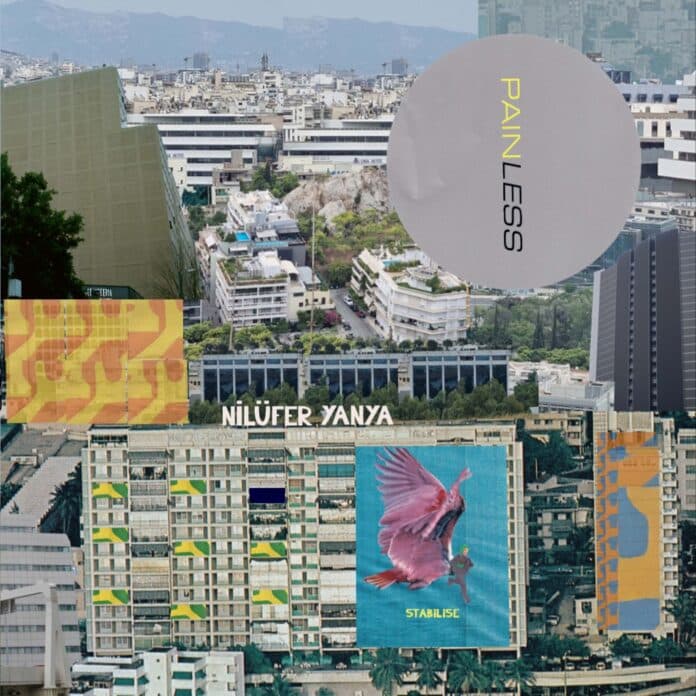 When you’re feeling lost, most music is pretty good at taking you someplace else; not much of it can shine a light on exactly where you’re at. Nilüfer Yanya’s sophomore album, PAINLESS, homes in on feelings of numbness and alienation that tend to take up a whole lot of mental space, growing and mutating as it becomes harder to identify their roots. But rather than registering as listless or unaffecting, the London singer-songwriter delivers a thrilling and mesmerizing experience by tracing all the subtle movements and repressed emotions that make up this disquieting environment – of being in your own head and surrendering yourself to the passage of time, going nowhere yet watching it all happen at the same time. “I’ve wasted my life so there’s no need for the rush/ We’ve got all the time here, so why hurry up?” she sings on ‘shameless’, and the album adopts a similar perspective: If you can’t help or name the feeling, you might as well try to communicate what it’s like to be swallowed up in the haze.

Yanya achieves this by paring back and concentrating on her singular sound. While her debut LP, 2019’s eclectic Miss Universe – as wonderfully airy and seamless as it was – was occasionally held down by the weight of its conceptual framework, PAINLESS benefits from a tighter, more direct approach that does nothing to detract from the intricate nature of Yanya’s arrangements. This refined minimalism is evident on lead single ‘stabilise’, which anchors in nervy arpeggios reminiscent of In Rainbows-era Radiohead and frenetic drums that explode into a dramatic chorus: “There’s nothing out there/ For you and me/ I’m going nowhere/ Until it bleeds.” As insistent and propulsive as the song is, it allows for the contradictory thoughts that pervade Yanya’s music to snake in and out, so that the whispered uncertainty of the verses can morph into a kind of unfettered confidence. PAINLESS creates a space where everything remains unresolved but nothing stays quite the same; ‘the dealer’ revolves around memories that linger on the mind but never reveal their true meaning, instead changing with the seasons.

In the absence implied by the album’s title, Yanya rarely digs up anything other than emptiness or confusion, but her unique presence and melodic sensibilities still shine through. Working with Miss Universe collaborator Wilma Archer, Bullion, Andrew Sarlo, and musician Jazzi Bobbi on the production, the artist’s sound is subdued in tone, rich in texture, and distinct in personality, even as disparate moods bleed into one another. The instrumental backbone usually consists of serpentine guitars and icy percussion, which feel inexorably tied to Yanya’s expressive voice, whether breathy and nonchalant or aching and openly vulnerable. But in what could easily turn into a morose landscape, the production also makes everything sound more vivid and alive than the lyrics would lead you to believe; often, it’s by mirroring the narrator’s headspace, like when pans to the left and right on ‘L/R’ align with its atmosphere of resignation. But there are also more dynamic ways in which it interacts with the heady themes that run throughout, embodying the pent-up frustration that creeps around the edges: the scuzz of distortion on the earnest ‘midnight sun’, the mist of noise that streaks by on ‘trouble’.

The newfound focus that defines PAINLESS extends to its lyrical content, but it’s mainly through Yanya’s delivery that it acquires a poignant, as well poetic, quality. On ‘try’, she attempts to fill out a strange void by methodically spinning around the titular word “till I get lost here completely.” Throughout the album, this loneliness grows familiar, and you might find yourself latching onto it the same way the narrator clings to certain unhealthy cycles. The hypnotic melodies don’t always have the same effect; on ‘belong with you’, Yanya’s repeated proclamations are cleverly undercut by her cool disaffection, particuarly when contrasted with the almost exultant backing. “You know when you’ve been somewhere too long and then it’s hard to imagine the world another way?” Yanya told Apple Music; she’s describing ‘stabilise’, but the feeling reverberates throughout PAINLESS. Yet somehow, between all the shifts in perception, her desperation leads her to ‘anotherlife’, a moment as bright and pleasant as it is ambiguous. She indulges in the fantasy, and even if she doesn’t quite believe in it yet, the music is already halfway there.

Album Review: Nilüfer Yanya, 'PAINLESS'When you’re feeling lost, most music is pretty good at taking you someplace else; not much of it can shine a light on exactly where you’re at. Nilüfer Yanya’s sophomore album, PAINLESS, homes in on feelings of numbness and alienation that tend to take...