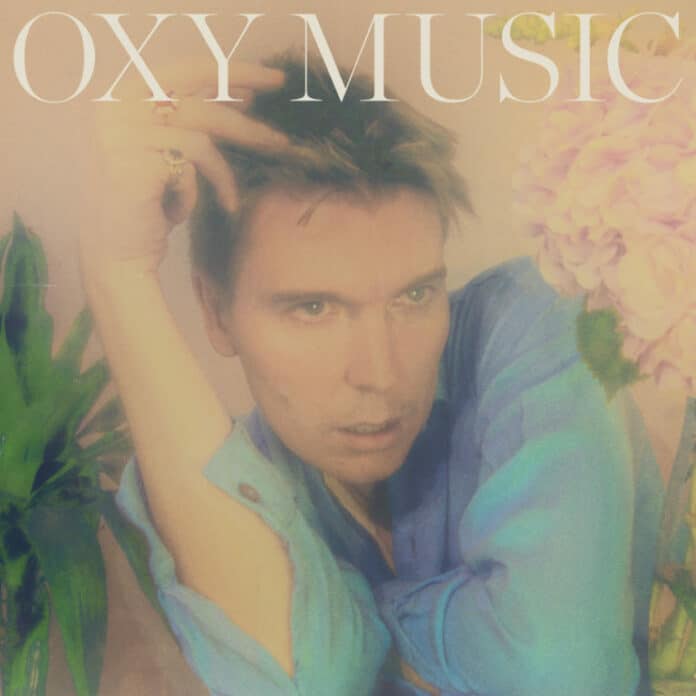 Alex Cameron has been effectively blurring the line between persona and artist for most of his career, dealing with uncomfortable themes by embodying some version of a sleazy, deplorable male character. It’s been a playful act of exposure more than serious commentary, a quality that has kept his music entertaining as well as refreshing ever since his 2016 debut Jumping the Shark. The Australian musician followed up 2017’s excellent Forced Witness with Miami Memory, a compelling record that promised a more sincere look into relationships. It worked only because that was half-true; whatever earnestness seeped into the picture, it was balanced out by Cameron’s trademark tongue-in-cheek humour. His latest, the smartly titled Oxy Music, would seem to continue that trajectory; it was recorded during lockdown and tackles topics such as mental illness and opioid addiction, which loom larger on the record than any of its morally questionable protagonists.

Oxy Music reflects how the world has changed – and hasn’t – since Cameron put out his last album, but despite the thematic shift, his approach remains virtually the same. Which is why it’s hard to say exactly what it is that holds it back. It’s not that he’s less provocative than before; the appeal of his music has less to do with edginess than a unique ability to simultaneously ridicule and elicit sympathy for the most pathetic dirtbags on the planet. His attempts to do that on this album don’t exactly fall flat, and his character sketches benefit from being candid and thoughtful as well as dark. But though songs like ‘K Hole’ and ‘Hold the Line’ outline interesting scenarios, they lack the nuance and detail that has made Cameron’s work so engaging and slyly subversive in the past. You might feel bad for the guy trying to balance his online and real-life presence on ‘Best Life’, but if you’re waiting for the real punchline, it’s one of the many instances where Oxy Music fails to deliver.

Even if it doesn’t have much of substance to say, Cameron still knows his way around a hook, and he uses it to his advantage. It doesn’t take too many listens to get some of the choruses on the album stuck in your head – ‘Sara Jo’ is the clear highlight in that regard, despite including the line “Who told my brother that his kids are gonna die from this vaccine?” – but on the whole, the album isn’t as memorable as Cameron’s last two efforts, mostly because there’s not a lot that will cut through and leave a lasting impression once you’ve stopped listening. And when it’s not forgettable, it’s often baffling: a catchy hook can cleverly obscure the message of a song, but not knowing whether he’s joking or not doesn’t necessarily make it more meta – it just increases the chances that it’s not funny. That’s certainly the case with ‘Cancel Culture’, in which Cameron croons, “Lily-white but I listen to hip hop, show me the crime/ Says I can’t sing along, I even use the accents, baby.”

It’s so easy to say that all of this is the point. But the album’s lack of commitment extends to the music itself, which rides on the glowing ‘80s synth-pop production that Cameron has successfully employed time and time again – this time, though, the results are less immediately dazzling, more stagnant. On the vocal front, Cameron goes some way into delivering some of his most dynamic and heartfelt performances, particularly on tracks like ‘Hold the Line’ and ‘Dead Eyes’. But for such an unconventional and astute songwriter, he seems to have oddly settled on a formula and struggling to breathe life into it. It might be a self-aware move, but a weak one considering that Cameron’s music seems to be heading in a more emotionally affecting direction. You can only be so vulnerable while keeping an ironic distance; instead of blurring the line between those two tendencies, the impact should come from revealing what’s underneath it.

Album Review: Alex Cameron, 'Oxy Music'Alex Cameron has been effectively blurring the line between persona and artist for most of his career, dealing with uncomfortable themes by embodying some version of a sleazy, deplorable male character. It’s been a playful act of exposure more than serious commentary, a quality...