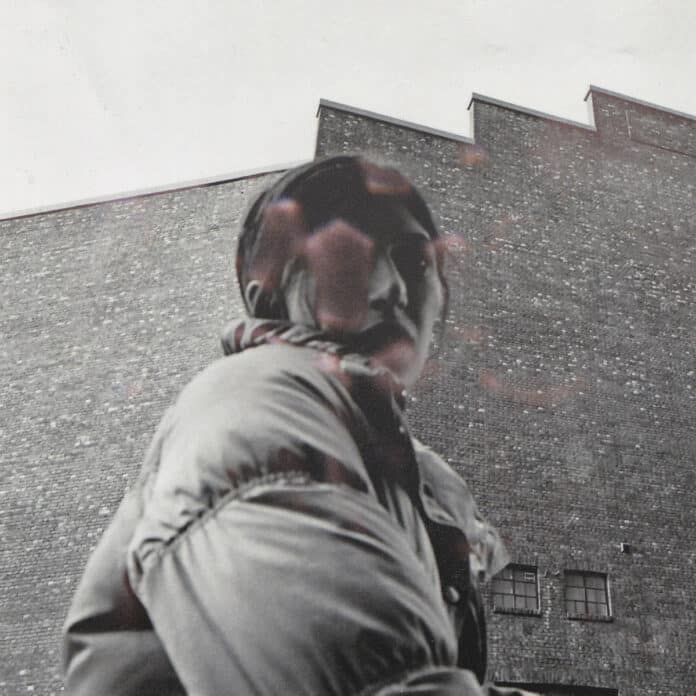 Intimacy is a strange, terribly enchanting thing. It holds space for affection and warmth as well as boredom and confusion, connection and loneliness; no matter the intensity of these feelings, you can experience them all and still find yourself ensnared by the same spell. Yet when used to describe music, “intimate” has become an easy way of referring to the type that’s pared-back and introspective, where emotion is transparent but doesn’t always flow in too many directions. Aldous Harding’s music resists definition, but it’s just as clear that the New Zealand songwriter sees vulnerability as more than a one-dimensional experience; not a marketable aesthetic, but fertile ground for experimentation. When she says something like, “Sometimes it does feel like I’m collecting eggs for some invisible apocalypse of intimacy,” of course you start to question what that word actually means.

As rich and mesmerizing as it is, though, Warm Chris – Harding’s fourth album and first for 4AD – isn’t really heavy with meaning. Her lyricism is as oblique as ever, and trying to tie a narrative around it is a futile effort; yet the music is also direct and sparse in a way that almost fits that conventional notion of musical intimacy, with enough choruses that worm themselves into your brain to satisfy even casual fans – although there are fewer of those here than on Harding’s international breakthrough, 2019’s Designer. Working around the foundations of chamber pop and freak folk, the songs are dreamlike and airy in a way that Harding’s have rarely been, right from the opening chords of ‘Ennui’. You might not be able to tell they are about – or where they’re about to go – but there’s something beguiling about how Harding and her collaborators, including longtime producer John Parish and multi-instrumentalist H. Hawkline, keep venturing into new territory over deceptively simple backdrops, the kind that for any other singer might quickly prove unengaging.

More than the sentiment of a song as a whole, it’s certain lines or flourishes that often capture your attention before everything slowly creeps into view. “Passion must play or passion won’t stay,” she sings on the bright piano pop of ‘Passion Babe’, and Warm Chris possesses a playfulness, as if by necessity, that prevents it from becoming too dull. Her elastic voice is her greatest asset; on that track, it’s high-pitched and almost childlike, while songs like ‘Tick Tock’ and ‘Leathery Whip’ find her alternating between two contrasting styles. The effect is as striking as it is disorienting. ‘Leathery Whip’ – with its unforgettable refrain of “Here comes life with his leathery whip/ Here comes life with his leathery leathery!” – is rendered all the more absurd by an appearance from Sleaford Mods’ Jason Williamson, who provides surprisingly gentle backing vocals on the closing track. Although it certainly catches you off guard, you never really doubt Harding’s decision to switch up her cadence so frequently and so drastically; if anything, it feels so intuitive that you wonder why everyone else gets away with settling into one thing.

Beyond Harding’s vocals, this flexibility extends to her lyricism. Although it retains an element of inscrutability, the poetry here doesn’t feel as strained as some of her earliest work; a lot of it is purely evocative, surreal but also tender and funny. A lot of it also flits between a state of present familiarity and dissociation, both of which Harding seems comfortable resting in, both intimate. ‘Fever’ is the most sublime and straightforward track, tracing the course of a relationship with (by Harding’s standards) specific references; the pastoral title track is harder to place, but the silent longing of the song fills out the empty space as her words become lost in the mist. Watching paper planes crash and burn: such a clear image, yet so open. When she sings, “Can you imagine me? Can you imagine me just being out and free?” on ‘Lawn’, you’d take it for a cynical remark – but in her hands, even the act of imagination alone can feel weirdly liberating.

Album Review: Aldous Harding, 'Warm Chris'Intimacy is a strange, terribly enchanting thing. It holds space for affection and warmth as well as boredom and confusion, connection and loneliness; no matter the intensity of these feelings, you can experience them all and still find yourself ensnared by the same spell....