Lizzo has announced her new album, Special, which will drop on July 15 via Nice Life/Atlantic. She’s also shared the new single ‘About Damn Time’, alongside a music video directed by Christian Breslauer. Check it out below.

Talking about ‘About Damn Time’ in an interview with Zane Lowe, Lizzo said:

I have to give props to Ricky [Reed] and Blake Slatkin. I was in my diva bag on this one, because I thought I was done with my album, Zane. I was like, “I’m done, no more songs.” Then they were like, “Yo, we think we got something,” and I was like, “I ain’t coming to the studio unless it’s a hit.” They played a track, I heard the track, and I was like, “I’ll be there in 10 minutes.” You know what I’m saying? When I got there, the idea is disco was revolutionary for a lot of people, disco and funk. This was intentionally disco, funk, something to walk to coming out of this dark time. This was intentional, the genre of music.

Discussing her new album, she added: “I think that the music really is going to speak for itself. I’m writing songs about love from every direction, and I hope that I can turn a little bit of the fear that’s been running rampant in this world, energetically into love. That’s the point. I had a lot of fear, and I had to do the work on myself, and this music is some of that work in turning that fear into love. I hope that when people listen to this album, it makes their day just a little bit better, a little bit more filled with love.”

Since releasing her 2019 album Cuz I Love You, Lizzo shared a collaboration with Cardi B, ‘Rumors’, in the summer of 2021. 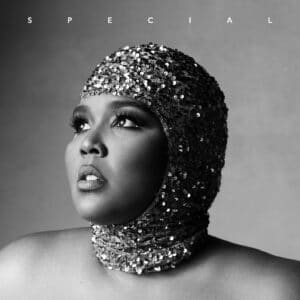