Hot Chip have announced their next album: Freakout/Release will be out on August 19 via Domino. Today’s announcement comes with the release of the new single ‘Down’, alongside a music video directed by Douglas Hart and Steve Macke. Check it out and find the LP’s cover art and tracklist below.

Hot Chip wrote and recorded the follow-up to 2019’s A Bath Full of Ecstasy in their Relax & Enjoy studio in East London, a space that Al Doyle put together before and during the first year of the pandemic. “By the time we were able to be back together, we were turning on a tap and having a lot of ideas being poured out quite quickly,” Alexis Taylor said in a press release. Doyle added: “Everything’s on all the time, and it’s very easy to capture what we’re doing.”

Commenting on the album’s themes, Joe Goddard said: “We were living through a period where it was very easy to feel like people were losing control of their lives in different ways. There’s a darkness that runs through a lot of those tracks.” 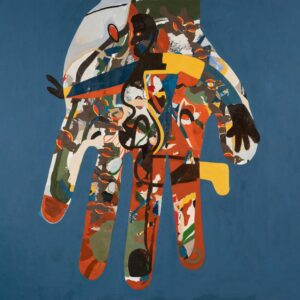