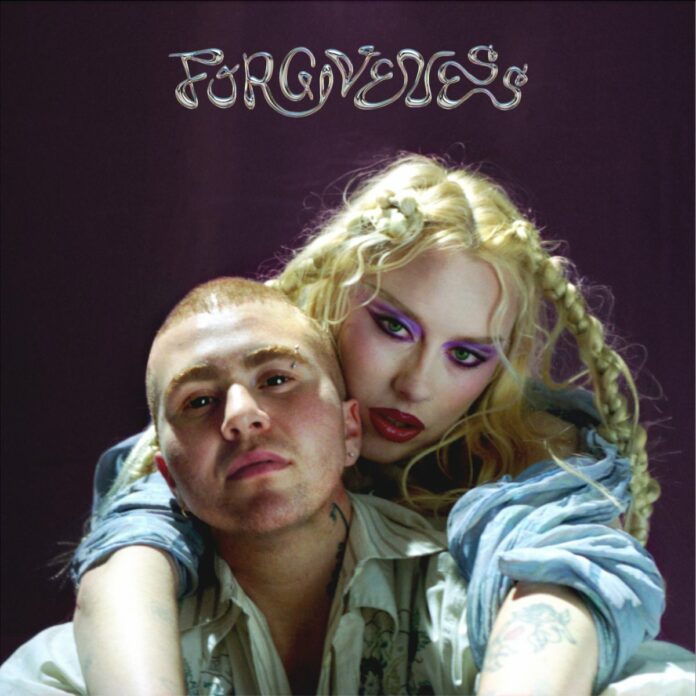 For years, Girlpool have been morphing their sound beyond its humble beginnings. The playfulness and romanticism of the LA duo’s 2015 debut Before the World Was Big belied the messy and terrifying realities of growing up; with each subsequent release, Avery Tucker and Harmony Tividad have found new and intriguing ways to bring that chaos to the surface. 2017’s Powerplant saw them incorporating percussion as well as plenty of feedback and distortion without shaking the group’s core foundations, while 2019’s What Chaos Is Imaginary experimented with more synths and layered production to document the changes in the group’s personal lives. They quickly proved that the push-and-pull dynamic of their music wasn’t limited to indie rock’s loud-quiet-loud formula and that their writing could slip into the abstract as much as it relied on heartfelt honesty. If What Chaos Is Imaginary drifted between straightforward indie rock and hypnotic dream pop, Girlpool’s latest twists both ends of the spectrum, straddling the line between delicate alt-folk and industrial pop with help from producer Yves Rothman.

Forgiveness introduces us to this fluid world by offering a jarring yet effective synthesis of its ideas. While most of the record weaves in and out of each mode, ‘Nothing Gives Me Pleasure’ takes a different, more volatile approach: it opens with thumping beats that are immediately smoothed over by a softer synth and Tividad’s sweet vocals, which in turn come into contrast with raw, lacerating lyrics about a hopeless relationship: “You’re so hot/ But still so cold,” she summarizes. But as she repeats the chorus about deriving pleasure from “the things I know you won’t say,” those industrial blips give way to a cinematic pop outro that’s less laden with friction and recalls Lorde’s ‘Hard Feelings/Loveless’, like fading the you out of the song’s hedonism. Its dynamism is later matched by Tucker’s ‘Violet’, a tender, Elliott Smith-esque ballad that expands unlike any other on the album, as if to affirm the quiet power of its biggest emotional revelation: “When you held me like a doll/ That’s when I felt so fucking strong.”

For the most part, the album transitions from one experiment to the next without much of a unifying thread tying it together. Some smart sequencing choices mostly make up for this, but it’s less a lack of cohesion that becomes a problem than a couple of missteps here and there: ‘Lie Love Lullaby’ follows seamlessly from ‘Nothing Gives Me Pleasure (both are co-produced by Ben Zelico), but remains too static by comparison, failing to fully convey the romantic frustration that Tucker sings about. ‘Junkie’, meanwhile, hinges on an awkward metaphor that doesn’t develop in the compelling and poetic ways that Tividad’s songs generally do, and the subtle instrumentation doesn’t do the song any favours. But sticking to a single style also leads to some of the album’s most affecting and memorable moments, like ‘Dragging My Life in a Dream’, a catchy and nostalgic cut that best evokes the group’s early days, or the magnificent ‘Faultline’, where lush melodies meet some of Tividad’s most potent lyrics to date.

When the members of a duo like Girlpool start to grow and write separately, this change can result in a few uneven records. The way Tucker and Tividad’s songwriting is framed on Forgiveness highlights their distinct personalities as well as individual concerns, but their songs also have a strange way of calling back and relating to each other. Over and over, they’re bound by dreams, trying to bury or fall into them, make them real. On ‘Dragging My Life’, Tucker holds his breath hoping to run into someone; ‘Faultine’ then has Tividad “sinking further in” and wishing “you could reimburse my oxygen.” Like Girlpool’s music, she’s in a state of oscillation, “Between the edge of solitude and hope/ I’m shaking in a sentimental trope.” Then, she admits: “I wanted everything so much it grows.” Girlpool create a space where that kind of intense desire is permitted, and it doesn’t have to grow in one direction. But on the other side, beyond the constant haze, Forgiveness suggests, lies a life free from danger and delusion. Whether or not that’s where we find Girlpool next, what’s certain is that they won’t be the same.

Album Review: Girlpool, 'Forgiveness'For years, Girlpool have been morphing their sound beyond its humble beginnings. The playfulness and romanticism of the LA duo’s 2015 debut Before the World Was Big belied the messy and terrifying realities of growing up; with each subsequent release, Avery Tucker and Harmony...