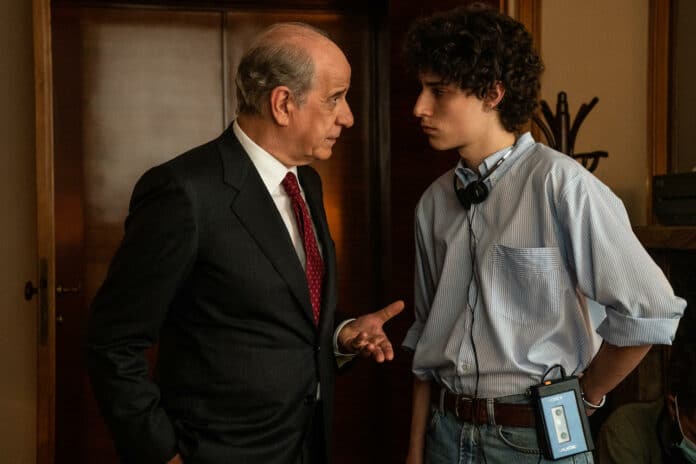 This Italian Netflix film written and directed by Paolo Sorrentino is steeped in reality and authenticity, even though the characters often speak philosophically. The seemingly supernatural coincidences that befall its main character, Fabietto (Filippo Scotti), lend the film a sense of magical realism that reflects Fabietto’s coming-of-age experience. As a teenager, he has big ambitions, such as a desire to pursue philosophy and filmmaking, but has little idea of how to convert his dreams to reality. In fact, he admits to having only seen “three or four” films when expressing his intense passion for cinema, and he acknowledges that he doesn’t “really know” what philosophy is. These qualities make Fabietto a very real character, as do his other passions – such as his admiration of Argentinian football legend, Diego Maradona.

When Maradona arrives in Fabietto’s home city of Naples, he believes it’s fate. Some of his family shares his awe for the player, so his father (Toni Servillo) buys him tickets to see a match. While Fabietto is at the match, a terrible accident at home changes the course of his life forever. Yet in a way, Maradona’s arrival has inadvertently saved his life. “The hand of god” holds several meanings throughout the film, and the level of detail and emotions infused into the story are clearly a product of Sorrentino’s personal experience. Instead of being sentimental, though, The Hand of God is vibrant, memorable, and deeply affecting. These are some of the best quotes from the Oscar-nominated film.