4 Games That Changed the Way We Play 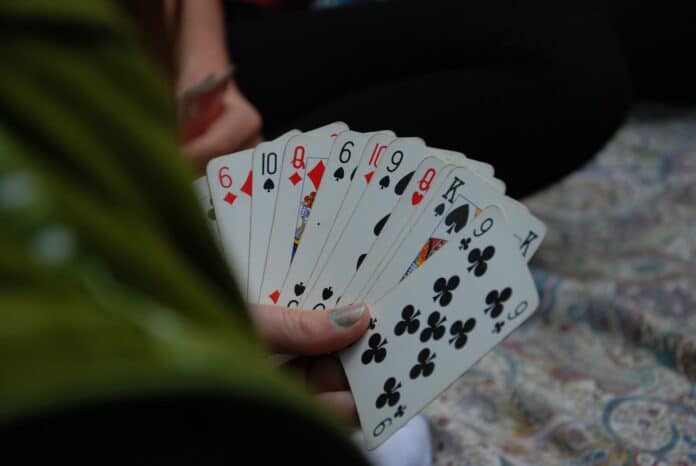 Some games cross the line, blurring the distinction between the two. As we get older, our perception of games changes, and the way we play them evolves. Here are some games that changed the way we play forever. Whether it’s because they introduced new concepts to gaming or simply because they were a lot of fun, these titles have had a profound impact on how we interact with digital entertainment.

Card games are a dime a dozen, but few have had the impact of Magic: The Gathering. First released in 1993, Magic popularized the collectible card game genre and has had a lasting impact on gaming culture. The game is deceptively simple: players use mana (which is generated by land cards) to summon creatures and cast spells in an attempt to reduce their opponent’s life total to zero.

What makes Magic so special is the depth of its strategic possibilities. With over 20 years of expansions, the game now contains over 10,000 different cards, each with their own unique effects. Players have to choose a type of deck based on the land e.g., island (blue), mountains (red), forests (green), swamps (black) and plains (white), then carefully construct decks of 60 cards and choose the right mix of creatures, spells, and lands in order to be successful.

The game has inspired many imitators of Magic Cards, but none have managed to capture the same magic (pun intended). Magic: The Gathering is a true original, and its influence can still be felt today.

First-person shooters (FPS) are some of the most popular games around, and they owe a lot to id Software’s Doom. Released in 1993, Doom popularized the use of 3D graphics in video games and introduced many of the conventions that we now take for granted in FPS games.

Doom was not the first FPS game, but it was the first to get it right. Previous games in the genre had been hampered by slow, clunky controls and poor graphics. Doom managed to achieve fast, fluid gameplay and impressive visuals for its time. It also featured a level of violence and gore that was previously unmatched in video games.

While Doom might not be as relevant today as it was 20 years ago, it’s still an important part of gaming history. Without Doom, we might not have the Halo franchise, Call of Duty, or even Fortnite.

Online casino games have been around for over 20 years, but they came into their own in the early 2000s. The rise of broadband internet connections and powerful home computers made it possible for people to gamble online from the comfort of their own homes.

Online casinos offer a wide variety of games, including slots, poker, blackjack, and roulette. They also provide an immersive and convenient way to gamble that is unmatched by traditional brick-and-mortar casinos.

The popularity of online gambling has only continued to grow in recent years. In 2018, the global online gambling market was worth over $50 billion, and it shows no signs of slowing down.

The strategy game genre has been around for a long time, but it was popularized by Blizzard’s StarCraft. First released in 1998, StarCraft took the basic mechanics of existing strategy games and added new elements that made it more accessible to a wider audience.

StarCraft is a real-time strategy game, which means that players have to make decisions and take actions in real-time. This can be a daunting task for newcomers, but Blizzard did a great job of easing players into the game with a gradual difficulty curve. The game also featured an engaging story about three warring factions, which helped to add some context to the player’s actions.