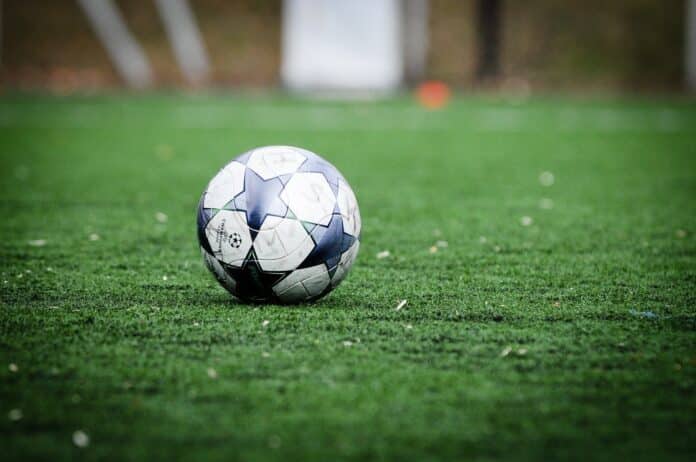 It would come as little surprise to see Liverpool’s Mohamed Salah picking up more individual awards after the year he’s having, and the Egyptian added to his ever-growing tally with a second Football Writers’ Association Player of the Year award.

Salah has been on fire for Jürgen Klopp’s side this season, with 44 goal contributions in as many games at the time of writing, and while the Africa Cup of Nations might have hampered his progress slightly, he still looks on course to win the Golden Boot for a third time – adding to his two consecutive victories in 2017-18 and 2018-19, the latter of which he shared with Liverpool colleague Sadio Mané and Arsenal’s Pierre-Emerick Aubameyang.

Salah beat Manchester City midfielder Kevin De Bruyne to the award, with West Ham United’s Declan Rice coming third. Salah took home 48% of the votes, with Chelsea striker Sam Kerr receiving the women’s award. Both won their respective awards by a landslide and were praised by FWA chair Carrie Brown, who said: “The fact they have won by such convincing margins underlines just how impressive they have been this season.

“As well as their performances on the pitch, they are leaders and standard bearers of excellence at their clubs and respective leagues. Both Mo and Sam have been outstanding this season, breaking records for both club and country.”

With the Premier League title race looking like it will go right down to the final day, both Liverpool and Manchester City will need to be almost perfect to clinch the league come the end of the month, with the sports betting odds proving increasingly tough to call a winner.

Indeed, Liverpool are still on course to complete a famous quadruple – adding to the League Cup they won in February with the FA Cup, Premier League and Champions League. But if they are to go all the way this season, they’ll need their ‘Egyptian King’ to be on top form.

Since suffering a slight dip in goals when he lost the AFCON final and then failed to qualify for the World Cup with Egypt, Salah burst back into life with a brace at home against Manchester United to remind those outside Anfield just how dangerous he can really be.

The versatility of the winger, who has also occupied more central positions as a false nine, has meant he can provide goals as well as score them, as Salah earned his 14th assist this season as Liverpool eased past Villarreal in the first leg of their Champions League semi-final.

This is arguably Salah in his most complete stage. At 29, he’s a far cry from the player we saw struggle at Chelsea and has been a revelation since returning to England in 2017. His first season may have seen a higher return of goals but the way in which he’s scored them this season and the importance of goals in big moments are what have separated him from the pack and earnt recognition from football writers this season.