The Lounge Society have announced their debut album, Tired of Liberty, which is set to arrive on August 26 via Speedy Wunderground. Check out lead single ‘Blood Money’ below, along with the album’s cover art and tracklist.

“’Blood Money’ is a reaction to the culture of greed that’s seeping into the corridors of power across the world,” the band commented in a press release. “It’s a reminder that ultimately, we all suffer at the hands of self-serving elites, and it’s our personal perspective on the effects of dirty politics on the everyday lives of ourselves and people we know. For us it’s a song that completely captures this record and us as a band. It feels like the perfect development from our previous releases to our debut album and exactly how this record should be introduced. The balance of driving guitar riffs and the groove of the drums and bass is sort of a snapshot of the album. We’d never claim to be a purely dance based band and we’d never claim to be a purely guitar riff-based band because it’s the combination of the two which excites us.”

They continued: “On’ Blood Money’ it felt like in the studio we took our sound to a different level. We approached the album recording in a totally fresh way to how we have recorded in the past and we got exactly what we wanted. We had good friends & Speedy label mates of ours Anouska (Honeyglaze) and Jojo (Heartworms) do some extra vocals in the chorus, and it really elevated it and gave it an almost operatic feel which was amazing to see develop in the studio.” 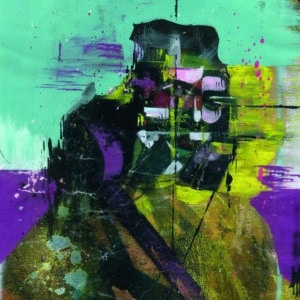