Gentle Sinners, the new project of Arab Strap’s Aidan Moffat and The Twilight Sad’s James Graham, have announced their debut album. These Actions Cannot Be Undone is set for release on May 13 via Rock Action. It’s being previewed by the new single ‘Landfill’, which follows the recently released ‘Face To Fire (After Nyman)’. Check out its Kieran Howe-directed video and find the LP’s cover art and tracklist below.

“Gentle sin’ is a wee phrase I’ve always liked,” Moffat explained in a press release. “In the play it’s part of a flirtatious kiss, where the rules of etiquette are broken with a cheeky wink, sort of like a Shakespearean Sid James moment. But with a different kind of sinning in mind, I thought it really suited the songs we were making too, i.e. mistakes and disasters without pity or malice.”

My mental health was at the worst it’s ever been. It was starting to physically manifest and for, the first time in my life, I needed medication to help me. I had resisted it for years as I thought I would be failing my family, but that was so wrong of me. There should be no stigma in seeking medical help for your mental health. I wanted to address those stigmas. I wanted to address the anxieties about asking for help. I grew up in a society where talking openly about mental health was something that just didn’t happen. People who were brave enough to speak about their problems were instantly judged. That needs to change. The brain is an organ just like any other part of your body and will react to stress like any other organ or muscle. Realising it wasn’t my fault and that there is no shame was a massive thing for me. This song is the manifestation of those feelings.

Howe added of the video:

This incredible track reminded me of a recurring dream I have where I’m running, yet unable to move. Often these dreams are plagued with memories of better times, memories that are all too painful to re-experience. These are the things that keep me up at night, and to be able to express them visually was a wholly cathartic experience. The music is so full of sobering honesty, as a director I felt I couldn’t shy away from my inner most feelings. Hopefully we captured something that conveys how it feels to be in pain, and to be struggling with your mental health. In the same way that James and Aidan have inspired me to express these feelings, I hope this video might do the same for others. It’s been a thrill to work with them on this music video. 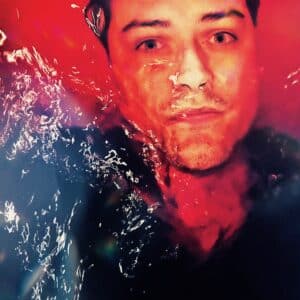 These Actions Cannot Be Undone Tracklist: