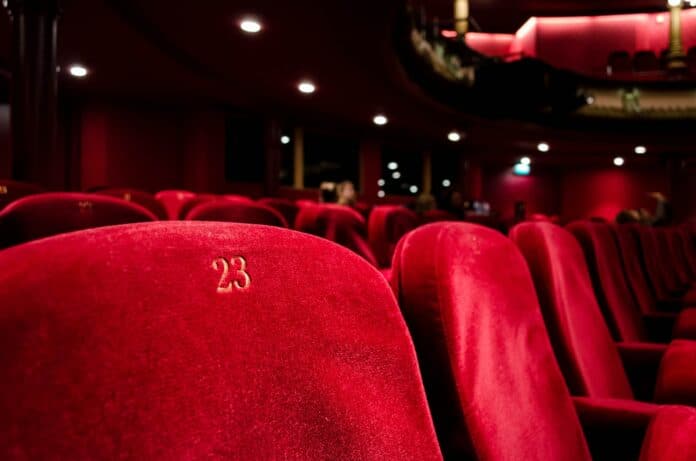 For most of the 20th century, action heroes absolutely dominated the silver screen. Every weekend, there would be a new type of hero to amaze and delight audiences. Sadly, as the years progressed, there has been a slight dip in the popularity of action heroes with audiences feeling fatigued over the same old formula repeated with different actors.

Despite this dip, it seems that there is a slight resurgence coming with highly anticipated big blockbuster films coming out within the next couple of months such as Top Gun Maverick, Jurassic World: Dominion and Shazam: Fury of the Gods. All of these stand out for featuring familiar and memorable action heroes leading to the question of whether action heroes are due a comeback in cinema.

The question will finally be answered in this deep dive into action heroes throughout cinema’s short history, as well as looking towards the future of action movies.

Once upon a time in the Wild West

From the early inception of cinema until the late 1960s, the Wild West was the biggest genre that almost always guaranteed a box office hit. Naturally, audiences loved the thrills of the Wild West showcasing the battles between good and evil, but the biggest factor that drew them in was the familiar action hero.

Characters such as Clint Eastwood’s Man with No Name and John Wayne’s Rooster Cogburn (or any of the similar gruff cowboys he played) were arguably some of the first action heroes and continued to remain iconic decades later. These earlier action heroes kickstarted the filmmaking trend of creating memorable characters and heroes with longevity that are fondly remembered even now.

Unfortunately, it seems that the Wild West hero in cinema declined in popularity by the end of the 1970s, but this could soon change as there looks to be a Wild West revival coming within the next few years. One thing that is clear is early cinema’s Wild West action heroes clearly set the groundwork for the Golden Age of action heroes.

The Golden Age of Hollywood heroes

Inspired by the Wild West heroes of the previous decades, the 1980s elevated the scope of the action films being produced and was clearly the Golden Age of Hollywood action heroes. John Rambo, Axel Foley, John McClane and Indiana Jones were just some of the few iconic action characters that came out in the blockbuster films from the 1980s.

There’s no denying that this was the peak of action heroes in cinema as there were dozens coming out each month through movies and each with their own unique charms. These heroes even inspired different aspects of popular culture decades later as Indiana Jones influenced video games such as Uncharted and even iGaming with Rich Wilde and the Book of Dead.

This reign of popular action heroes continued throughout the 1990s but many started to see a decline towards the end of the decade. Despite this, there were still some stand-out characters with Ethan Hunt and James Bond but there was a clear shift in what the audience wanted. Evidentially, what audiences wanted was not the box-standard action hero that films were churning out as they wanted something more refreshing.

At the turn of the century, people’s attitudes were changing and longing for something different. The typical action hero was no longer relatable as audiences did not want some cookie-cutter, flawless hero. This led to grittier and darker action films throughout the 2000s awakening a new type of action star.

The typical action star throughout the 2000s was often someone conflicted and forced to commit some horrendous acts – but was justified in doing so, essentially leading to action heroes such as The Bride from Kill Bill, Alice from Resident Evil and Selene from Underworld.

It’s debatable if these heroes are neutrally good but they each provide something different to audiences that feels more balanced and varied. The Bride from Kill Bill goes on a rampage in the name of revenge but the film shows the suffering and turmoil that the character goes through giving the audience a reason to sympathise with her.

One thing that is clear is the fact that these movies have had to change along with the developing attitudes at the time. An action hero from the 1960s would struggle to resonate with new audiences in today’s society and it’s only through fond memories that these heroes continue to be iconic. The typical action hero from the 1960s has had to evolve and adapt to fit in with modern audiences.

In spite of this fact, there are some traditional action films such as The Expendables and Escape Plan which contain many familiar action stars from the golden era of action heroes. Whilst these films are not pioneering, they resonate with audiences as they have both been box office successes.

It’s a fair conclusion that action heroes never really went away but just had to be reshaped like most topics throughout history. Despite this, there are still a small number of traditional action heroes cropping up in recent films but these pale in comparison to the newly adapted heroes.

Ultimately, there does not need to be a comeback in cinema, as action heroes have just been redesigned to fit in with contemporary audiences. There are many different types of action heroes in modern cinema but at the end of the day, they all serve the same purpose of making a film memorable for audiences