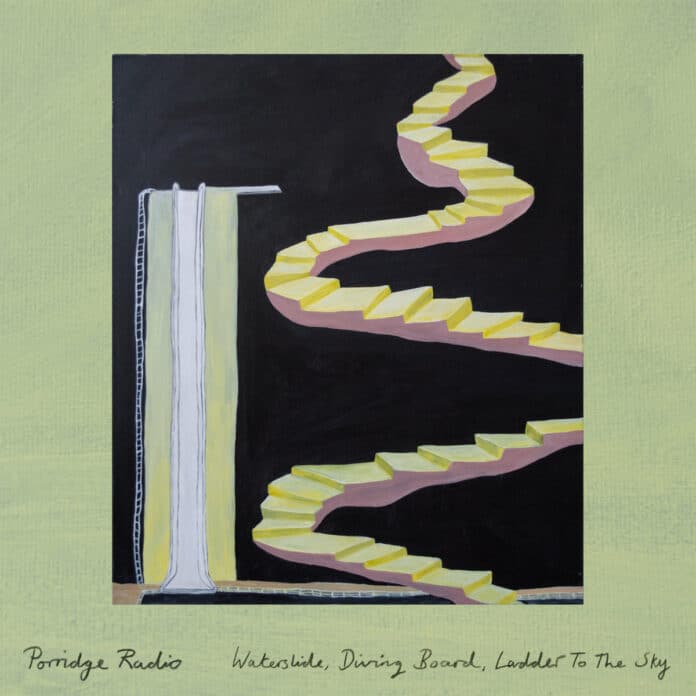 If Every Bad was proof of anything, it’s that nobody summons catharsis like Porridge Radio. Most bands treat it like a final destination, the all-consuming feeling a collection of music has to arrive at if it’s to serve any kind of grand purpose. But for the Bright-based four-piece, led by Dana Margolin, it’s more like a ceaseless wave, by turns perplexing and purifying as it spins out into something no less unpredictable than the chaos it’s supposed to upend. With their sophomore album, which arrived just days after COVID-19 was declared a pandemic, Porridge Radio seemed to have mastered their dynamic capabilities after years of putting out understated, introspective indie rock. Two years later, having reached what’s surely the purest form of collective release with the climactic mantra of 2020’s ‘Lilac’, you might expect them to have shifted their focus entirely. Either its torrent of hope was enough to sweep away all the uncertainty, or the time had come to consider a different path altogether.

Judging from the feverish emotions that Margolin obsesses over on Waterslide, Diving Board, Ladder to the Sky, that’s not what ended up happening. Instead, the band seems more acutely aware of their unique ability to turn a crescendo into not just a source of uplift but its own disorienting journey. Rather than wallowing in self-pity and despair, they do what they do best – try turning it into a mantra – and, without any expectation that this effort will bear its fruit, lean into it with more intention than before. You get why stadium acts like Coldplay and pop stars like Charli XCX were influences during the making of the album – sonically as well as spiritually, it reaches for the same kind of ambition, but emotionally it keeps spiraling inward, not letting itself be elevated by anything other than what’s truly at the core. “I want one feeling all the time/I don’t want to feel a thing,” Margolin howls on ‘Birthday Party’, encapsulating the band’s ethos.

This contrast leads to an album that’s every bit as captivating and even more fully-realized than Every Bad. You’ll still hear the word “bad” all over it as Margolin interrogates her self-image, but you also have a lead single and opening track defiantly titled ‘Back to the Radio’ and a transcendent moment in ‘U Can Be Happy If U Want To’ that revolves around the word “back,” one of many instances where repetition both intensifies and strips a lyric of its original meaning. Of course, it’s only a few tracks earlier that Margolin sings “I don’t wanna be loved” approximately a hundred times, so the ideal of happiness looks pretty unattainable. “I don’t believe in anything,” she declares, the sentiment echoed by her bandmates as they join along – and the transformative power of a rousing anthem is clearly no exception. “Do you remember when we all fell apart?/ At the end of last year,” she asks at the start of ‘End of Last Year’, a self-described “love song for my bandmates and for myself,” before admitting, “I always break my own heart.” This penchant for destruction only becomes more pronounced as the song swells towards its conclusion: “Do you know/ You break everything you touch?”

But for all its unwavering tension, the nature of Porridge Radio’s songwriting remains triumphantly open-ended, and the album sees the band embracing this quality with a sense of curiosity and purpose. It’s perhaps why they sound more at ease tackling quieter songs like ‘Flowers’ and the title track, which are as vulnerable but more well-defined and evocative than their earlier work, less reliant on anticipating the next massive sing-along. For Margolin, the first two components of the album’s title represent joy (Waterslide) and fear (Diving Board), and Porridge Radio are as comfortable resting as they are pushing against that in-between space, whether it’s rife with conflict or defined by nothingness. The ladder is the most important metaphor, encompassing the lens through which Margolin processes the most universal and ordinary and uncontainable feelings: endlessness. Can we experience catharsis without fully being released from fear and pain? To answer the question, Waterslide, Diving Board, Ladder to the Sky suggests, would be to break the spell. You can take a shot and see what happens, though – after all, what’s broken can only stay that way for so long.