The Most Popular Games in the UK for 2022 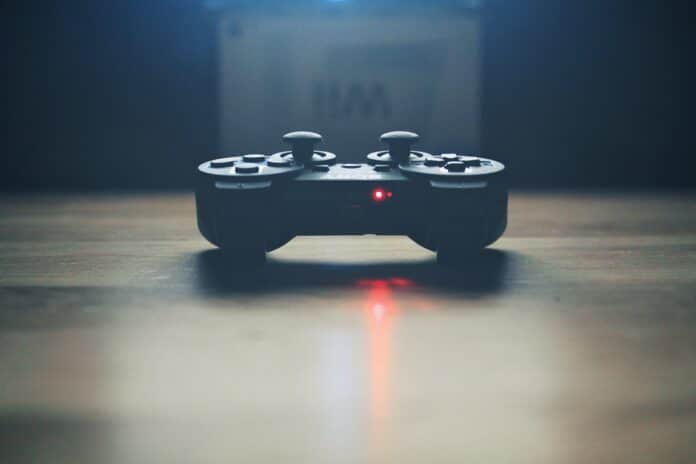 Despite only being two full months in the year, 2022 already looks set to be great for gaming. There are some huge, blockbuster titles already released, and more scheduled throughout the year.

Although, it appears to be more than just a year for new games, and the old ones continue to see extensive playtime. The list of most played games for this year covers almost every genre imaginable, exploring a range of interests.

These include racing games, first person shooters and sandbox games to name a few. Here is a list of some of the most popular games for 2022 to get any avid gamer excited.

Despite the allure of A-list titles and consoles, having fun gaming doesn’t mean spending hundreds. Plenty of fun can be had through apps and online play, especially casino gaming, which is timeless in its popularity.

Online casino favourites such as blackjack, roulette and slots differ from the conventional releases without compromising on fun. Requiring far less than the £50 demanded by blockbuster games, casino gaming also offers players the chance to win big.

A key factor in determining this year’s most played games will inevitably be the winner of the so-called ‘console war’. This term, referring to the battle for consumer sales, was long reserved for the competition between Xbox and PlayStation

Especially after the release of the Xbox 360 and PlayStation 3, these two consoles sold far more than any others. However, Nintendo’s Switch has recently taken the lead and overtook the PS5 late last year to become the UK’s No.1 console.

It’s crucial as console exclusive games are used as a means of drawing customers away from competitors. With consumers opting for the Switch, many of this year’s most popular games will naturally be Nintendo exclusives.

In fact, almost half of the most played games at the turn of the year are exclusive to the Switch.

Many have been critical of what they deem sub-bar yearly releases across both PlayStation and Xbox. Contrarily, Nintendo releases games less frequently and are praised for seemingly choosing quality over quantity.

The Call of Duty franchise is one of the most well-known globally and will inevitably be played extensively this year. The latest instalment, Vanguard, was the most searched game last year in the UK, indicative of its immense popularity.

The war-based first-person shooter has its genesis as a WW2 game, with its most iconic iterations situated in the era. However, recent releases have seen the franchise dart throughout history, and even far into the future.

As a franchise with annual releases, Call of Duty: Vanguard and its successor will be two of 2022’s most popular.

Despite being over 7 years old, Mario Kart 8’s popularity doesn’t appear to be wavering in the slightest. The game’s predecessors are celebrated as classics with a strong social element, best enjoyed with friends.

This charming racing game sees players compete as some of Nintendo’s most iconic characters, such as Mario and Donkey Kong. Despite its cute, animated style, this game is renowned for being highly competitive and wildly fun.

The franchise has been a firm fan favourite for over a decade and is a key asset exclusive to Nintendo. As a game series adored by multiple generations, its popularity stems from its ability to attract players of all ages.

There are rumours that a new, ninth Mario Kart instalment is in development, which has only added to its popularity. Should it be released this year, it will be one of the most eagerly awaited for years.

The latest yearly FIFA instalment is another long-running franchise that persistently sells well. These football video games tap the most viewed sport worldwide to acquire a huge player base.

With multiple different game modes, FIFA is equally enjoyable alone as with friends.

FIFA 22 currently sits second in the list of the UK’s most downloaded games. With the latest instalment scheduled for around Christmas time, there will be countless hours spent on FIFA this year.

Grand Theft Auto is another comparatively old game that maintains its popularity over time. The open world, third-person game was one of the most avidly anticipated titles before its release in 2013.

Despite the time since its release, the game still sees frequent updates that add new features and ways of playing. There is a rumoured 6th instalment in the works which will inevitably be as popular as its predecessors.

Its developers, Rockstar, are frequently celebrated for only producing games of the highest quality and not rushing releases. As well as new games on offer, this year has already shown that many of the most enjoyable games are already out.

Keen gamers have plenty to look forward to as 2022 gets up and running. Popular titles, both old and new, are already seeing extensive playtime.

The gaming environment is currently very diverse, in its best state for a while. The last two years have seen a myriad of releases in almost every genre imaginable.

With Nintendo taking an early lead in both console and game sales, there has never been a better time to buy a Switch.

However, don’t get drawn into thinking that fun can only be had by spending significant amounts of cash. There will always be endless apps and online sites available to satiate those gaming needs at a much lower price.