5 Books to Read if You Liked The Vanishing Half 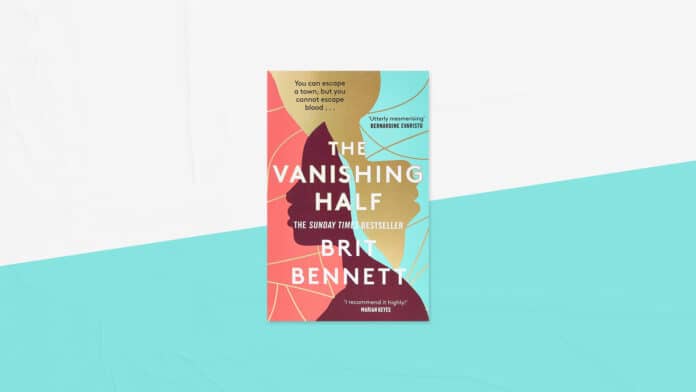 Brit Bennett’s second novel The Vanishing Half has made waves across the online literary fiction reading community since its publication in 2020, particularly through what is now colloquially known as BookTok and BookTube. The story follows a pair of twins who originate from the small, fictional town of Mallard, Louisiana. Stella and Desiree have been exposed to racial discrimination from a young age, even though they themselves can “pass” as white. As they grow up, the girls’ paths diverge; Stella decides to lead the life of a white woman, while Desiree returns to her hometown after a brief stint in Washington, D.C. Her return is a significant event in Mallard, a place to which few return – if they’re lucky enough to get out in the first place.

The Vanishing Half is well-paced, skipping around between timelines (spanning the decades between the 1940s and 1990s) but remaining grounded by the characters’ experiences and their connection to Mallard. The story’s true themes shine through the veil of mystery and lies. Bennett explores colorism, identity, domestic abuse, and class. Supporting characters also help to communicate these themes and their underlying messages, making for a well-rounded and engaging read.

Hamnet was the name of William Shakespeare’s son, who died at the age of eleven. Though not much is known about Shakespeare’s family in real life, O’Farrell’s Hamnet sheds a light on the life his wife and children may have led. Shakespeare himself is never named, only referred to as the “husband” or the “father”. In this way, the novel pays tribute to the members of his family who have been all but erased from history and gives them a chance to shine instead of remaining in the playwright’s shadow. Hamnet is also interchangeable with Hamlet, which is the name of one of his most well-known plays. Though Hamnet takes place several centuries before The Vanishing Half, fans who enjoyed the dynamic between Stella and Desiree will likewise be intrigued by Hamnet and his twin sister Judith. They, too, consider themselves to be each other’s halves, and the death that separates them is the focus of O’Farrell’s novel.

O’Farrell’s interest in writing this story stemmed from the lack of knowledge and acknowledgment of Shakespeare’s family, who were, undoubtedly, influential in his work and his life. She paints Hamnet and Judith in a beautiful light, illuminating the almost sacred bond between them and contrasting their two personalities – Hamnet’s wonder and curiosity against Judith’s more mature and introspective nature. The twins also have an older sister, Susanna, and a mother, whose name in the book is Agnes. Hamnet skips between the present, when Hamnet falls fatally ill, and the past, when Agnes meets her future husband and grapples with strained family dynamics and being a social pariah in Stratford. This is a novel of many layers, written exquisitely, and the poetic prose along with its emotional impact make it a memorable read.

Celeste Ng’s second novel, Little Fires Everywhere, is a compelling story about an artist named Mia who moves to Shaker Heights, Ohio with her teenage daughter Pearl. Mia has spun a web of ambiguous stories about Pearl’s absent father and her own mysterious past, as well as their on-the-road lifestyle. At Shaker Heights, Pearl becomes fast friends with the wealthy, well-established – and white – Richardson family. Mia is suspicious of them, but Pearl is growing up and becoming more curious about Mia’s past, encouraged by Elena Richardson. Elena is the one renting out the property Mia has just moved into, and she’s also the one to offer Mia a job as her housekeeper. Mia and Pearl’s race is never made explicit in the novel, but it’s implied that they’re not white. Race is explored more through a slew of other characters, like Lexie Richardson’s boyfriend, and Mia’s coworker at a Chinese restaurant.

What propels the story – on top of the drama between characters sustained throughout – is its intriguing opening. The first page opens with a description of a fire at the Richardsons’ house. The cause of this fire is hinted at and readers’ ideas of what really happened shifts as the story progresses. This element of mystery, as well as the way racial discrimination is explored, will appeal to fans of The Vanishing Half. Like Stella, Mia is a woman who has tried to bury her past and hide her identity from those around her – even her own daughter.

Gone Girl also explores the disappearance of a woman. In this case, the story is told primarily from the perspective of her husband, Nick Dunne. He is the prime suspect in his wife Amy’s disappearance, though he begins to suspect that she has somehow planned this as a sinister wedding anniversary gift. Nick becomes the center of the media’s attention, while the police find and read Amy’s diary, further reinforcing their suspicions about him. Though Gone Girl is more of a crime thriller than The Vanishing Half, it does explore similar themes through its setting (upper-class suburbia) and the truths revealed by Amy’s vanishing. Like The Vanishing Half, Gone Girl is a story woven with secrets and lies, featuring familial drama and lovers who don’t properly know each other.

Here is the Beehive by Sarah Crossan

Sarah Crossan is an Irish author who writes primarily in verse, but not exactly poetry. Most of her novels are written for young adults, but Here is the Beehive is her first foray into adult fiction. The novel begins after the death of a man with whom the narrator, Ana, had an affair. Ana was also his solicitor, and must now deal with his wife, who did not know about the affair. The writing, while not poetry, is very poetic and engaging. Crossan’s use of white space on the page makes for a quick, easy read, though the story is not without depth. Ana shares similarities to the characters in Brit Bennett’s The Vanishing Half; she is embroiled in a web of lies that she can’t unravel, and she pries into the lives of others. Class is also a recurring theme in Here is the Beehive, though the main thread is Ana’s secret. Much like the characters in The Vanishing Half, Ana is living a lie and holding onto the secret of her past like her life depends on it.

Set in the upper-class seaside town of Sydney’s Northern Beaches in Australia, Big Little Lies is a mystery novel focusing on the lives of four mothers whose lives overlap. Jane is a young single mother who is new to the area and quickly taken under the wing of Madeline, a mother with a child in the same class as Jane’s. Madeline’s daughter spends a lot of time with Bonnie, the new wife of her ex-husband. Also in their circle is Celeste, whose twin boys are friends with Madeline’s daughter. When Jane’s son is accused of bullying a girl in his class, Jane refuses to believe this is true and sets about finding the real bully. What she discovers causes some awkwardness between the mothers. As Jane confronts her own traumatic past, she realises that Celeste, Bonnie, and Madeline may be hiding their own secrets about their lives.

Like The Vanishing Half, Big Little Lies is focused on female characters and their relationships with each other. Both stories feature children and adults, and how motherhood plays into each woman’s life. Readers get a chance to compare the different mothers and each child’s development as they grow, and what effect the surroundings have on them. Class plays a major role in both stories, and readers will find themselves questioning the way privilege can shape a life, and whether or not the characters deserve their privilege – or lack thereof.

Books You Should Know About: Daisy Jones & The Six