London quintet High Vis, who recently announced their signing to Dais Records, have shared the details of their new album. Blending is set to land on September 9, and it includes the new single ‘Fever Dream’. Simon B. Wellington directed the song’s accompanying video, which you can check out below.

“‘Fever Dream’ was written during the hottest days of summer and is about a kind of existential aimlessness that is at its best and worst during that time of the year – when it’s easy to feel more alive, but the longer, empty days can do bad things to overactive minds,” guitarist Martin Macnamara explained in a press release. “Musically it walks a narrow line between that sense of hope and despair but emphasises the former by nodding towards a baggy, swirling Northern sound.”

“The video for ‘Fever Dream’ was shot over the course of three years and assembled as a kaleidoscopic document of the highs and lows of life as a band,” Wellington commented. “Through intimate studio, tour and live footage we were aiming to capture the essence of a band bridging the gap between nostalgic reflection and a newly realized optimism. It’s the sound of summer in the capital; chaotic nights blending into aimless days.” 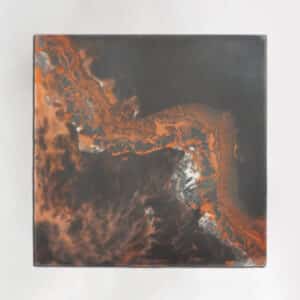