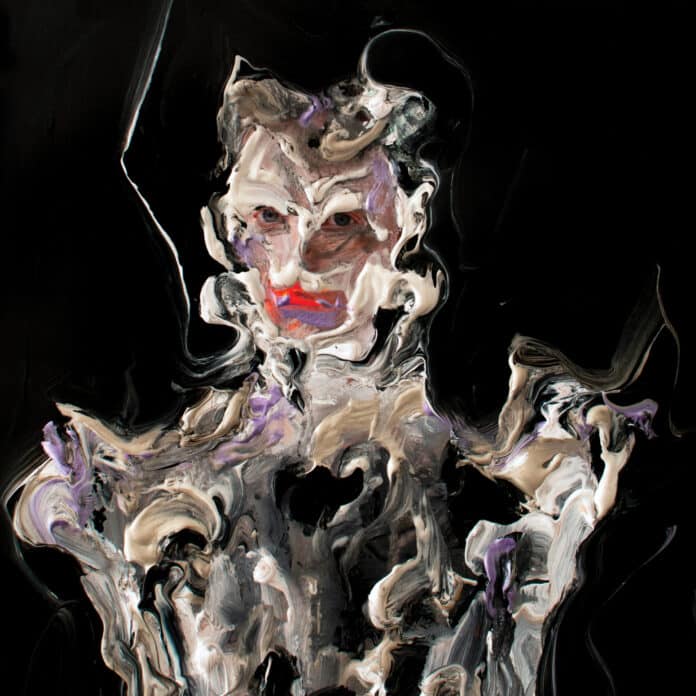 Ugly Season is the sixth album from Michael Hadreas (aka Perfume Genius), the decade-reigning master of forlorn indie pop. Each album in his body of work deviates from its predecessor, spiraling into increasingly ambitious territory. Nonetheless, Ugly Season still feels unexpected. The album is an acrobatic menagerie of sounds, something of an amorphous mystery. Like Scott Walker announcing his out-of-left-field reinvention with the brooding opening of ‘Farmer in the City’, Ugly Season begins with a foreboding orchestral passage which instantly evokes an all-consuming abyss. The album, never stagnant, moves beyond its menacing interlude into an invigorating and unpredictable work, casting a disorienting spell. Ugly Season is both a welcome evolution for Perfume Genius and an experimental pop triumph, championing all things defiant and beastly.

Initially, Ugly Season arose as a collaboration with choreographer Kate Wallich. Performed through sessions with fellow musicians Blake Mills and Alan Wyffels (also Perfume Genius’ longtime romantic partner), the album scored Wallich’s contemporary dance performance The Sun Still Burns Here. A few weeks after finishing the music for Ugly Season, Perfume Genius recorded Set My Heart on Fire Immediately, a more structured and pop-styled rumination on similar ideas of collectives and kineticism. Whereas Set My Heart… released shortly after its recording, Ugly Season hibernated for three years. Nonetheless, the two albums are companion pieces, born of similar internal landscapes, yet channeled into opposing directions. Set My Heart… revealed Perfume Genius at his apex as a pop maestro, with compositional precision and adventurous dancefloor-friendly production. Ugly Season, a more experimental endeavor, luxuriates in spaces between words. It’s an atmospheric kaleidoscope of moods and sounds: neither fully avant-garde nor pop. It’s both the most exciting and excited Perfume Genius has ever sounded.

On Learning, Perfume Genius’ debut from twelve years ago, he sang in haunted and quivering whispers backed by piano accompaniment. The songs were intimate articulations of queer melancholia, performed with stripped-back and sincere balladry. Ugly Season, the longest and most expansive Perfume Genius record to-date, decenters the delicate humanity of his earlier work, pushing further into abstract spaces (the opener is ironically titled ‘Just a Room’). These new songs embrace a cryptic emotionality, eschewing conventional songwriting narrativity. Instead, they’re corporeal expressions: alien waves of sound articulating feelings beyond mere words.

Built from free-form improvisation, the songs evolve in unpredictable directions. ‘Pop Song’—surprisingly not an ironic title—sways with ethereal synths and grooving percussion against a rapturous lyrical description of collective self-sacrifice. It’s a joyous and spiritual track, building towards a grand catharsis. Yet the album immediately follows ‘Pop Song’ with ‘Scherzo’, a skin-crawling instrumental piece. ‘Scherzo’ unfolds through a dissonant jumble of keys played at impulsively shifting tempos. The transition between the two songs is jarring, from an uplifting pop attraction to a deranged concerto performed by a seemingly unstable pianist. Unlike Perfume Genius’ tonally consistent early albums, Ugly Season never settles into a singular mood or sound. Dark, baroque passages of orchestral strings and organs (‘Just A Room’) thrive next to intense and simmering quasi-reggae sounds (‘Ugly Season’) and droning art-rock-esque electric-guitar-frenzies (‘Hellbent’).

Yet despite Ugly Season’s diverse palette, it’s more than just a playlist of eclectic songs stitched together into album form. The tracks imagine a high-camp, queer utopia: a space of subversive communal belongings and becomings. Whereas the emotional core of early Perfume Genius manifests through the songs’ lonely intimacies, Ugly Season never feels isolated. The music often gestures towards social spaces. ‘Eye in the Wall’ (likely the best song Perfume Genius has ever released) evokes a hypnotic and sweat-drenched rave and then slows into a dream pop-esque comedown. Even in their most experimental moments, these songs rarely show a glimmer of alienation. They’re big songs that bustle as a soundtrack for tangoing bodies.

Ugliness is the crux of Perfume Genius’ imagined utopia. The spaces he conjures thrive on raptures and loves outside of normative standards. To move forward is to reject conventional notions of beauty and embrace the ugly. On the title track, Perfume Genius narrates as a being “Turned from God/ Slick with rot/ Thick as vaseline/ Knee deep and filthy” yet, whenever the chorus arrives, he declares: “Bitch, it’s ugly season/ And I love it.” The song is a self-affirming body horror: a celebration of a new flesh. Ugliness is never shunned but, rather, revealed as a platform for deeper connectivity. Ugly Season offers a carnal space where so-called hideous outcasts assemble and rave, where old values are shed, new ideals embraced, and new potentials are imagined.