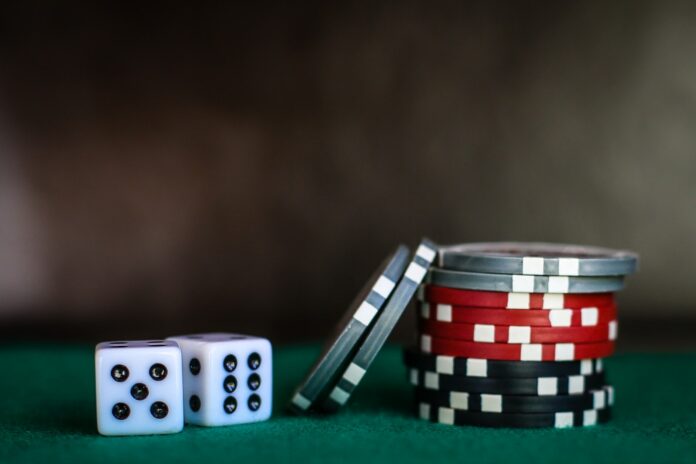 The public image of gambling has had many ups and downs over the years. Once considered purely a vice, gambling and casinos owe much of their cooler current image to pop culture. When we think of casinos, many of us picture James Bond in black tie, arching his eyebrow over a game of baccarat.

On the other hand, popular culture doesn’t always paint gambling in a glamorous light. Certain songs and movies haven’t shied away from portraying the seedier side of the activity. Gambling is now more accessible and acceptable than ever before, so let’s take a dive into some of the essential gambling references within popular culture.

Gambling in the Movies

Ian Fleming’s book Casino Royale was the first in the James Bond series, and some credit both the novel and the subsequent Bond movies with putting baccarat on the map. When Daniel Craig’s Bond featured in the first official Casino Royale movie, more than half a century after the book was first published, the casino scenes reflected the changes in taste that had taken place. While Connery’s Bond smouldered over the baccarat table, Craig’s version had moved on to poker for his tense casino scenes.

A far cry from the glamour of Bond is the 1995 crime epic Casino. Directed by the legendary Martin Scorsese, and showcasing the talents of Robert De Niro and Sharon Stone, this movie showed the uglier side of gambling. The plot follows a couple of mobsters as they make their mark in 1970s and 80s Las Vegas. Greed, power, money, drugs and murder all feature in this dark tale that laid bare the extent of mafia involvement in the scene during that time.

Despite the cool factor bestowed by Bond and other characters in the popular culture, gambling has always suffered from an image problem. The public are all too aware of the connotations of vice, crime and problem gambling. All that is changing now, with the proliferation of legal and secure online casinos that are accessible to all. One of the ways that these safe casino sites boost their image and visibility in a crowded market is with celebrity endorsements, and many of these celebs have found that it is a good way to make some easy money. These days, you can’t turn on the television without seeing some famous personality promoting safe online casinos.

Even if they are not actively endorsing a particular casino site, many celebs these days are enthusiastic and open gamblers. Canadian megastar Drake is known for his high-rolling casino nights, and Breaking Bad star Aaron Paul famously faced off against Cristiano Ronaldo in a game of poker. There’s no doubt that the involvement of famous names has elevated the profile of gambling in the public consciousness, especially when it comes to poker.

The era of songs about gambling seems to be mostly over, with most of the most recognisable ones belonging firmly in the category of golden oldies. There are some great tunes out there, covering the whole spectrum on the topic. Elvis was firmly on the side of glitz and glamour when he sang Viva Las Vegas back in 1968, but other songs are more ambiguous. Both Luck be a Lady – popularised by Frank Sinatra – and Billy Joel’s Easy Money tell tales of gamblers dicing with desperation.

More recently, Lady Gaga used a lot of gambling imagery in her smash hit Poker Face. This song is avowedly not about gambling, and all the language is used as a metaphor for flirting – and a bit more than that. What’s interesting about the song is that it showcases exactly how entrenched in our common language poker terminology has become.

Gambling features in a huge number of popular television shows, and it is a common conceit within sitcoms. Witness Monica and Rachel losing their apartment to Chandler and Joey after Monica’s competitive side couldn’t resist making the stakes too high. Barney from How I Met Your Mother was also portrayed as slightly addicted to gambling. On the more serious side, the hugely popular historical crime drama Peaky Blinders is largely about the gambling underworld of the early twentieth century.

Aside from these and numerous other examples, there are and have been many shows dedicated to gambling as a topic. This can range from televised poker competitions, to game shows, to docu-series that follow the lives of people who work in and frequent casinos.

There is no doubt that we find gambling to be a fascinating topic, as proven by its prevalence in popular culture. It can also be an engaging story-telling tool, or a convenient plot device. When you factor in the popularity of gambling with stars of movies, music and sports, it’s little wonder that we see and hear so much about it.