Eli Winter has returned with news of a new self-titled ensemble album, which is set for release on August 19 via Three Lobed. The LP features contributions from Yasmin Williams, Ryley Walker, David Grubbs, Cameron Knowler, Tyler Damon, jaimie branch, and more. Listen to the new song ‘For a Chisos Bluebonnet’, along with a video directed by Josiah Lydon, below.

In a statement about the track, Winter explained:

Chisos bluebonnets grow in Far West Texas. My family took road trips there when I was a kid, and I had toured there with Cameron Knowler shortly before spring 2019, when this song fell into my lap. As the song grew surer of itself, it encompassed a band. I hope the sense of looking for hope in its seeming absence comes through, and the inherent struggles of maintaining faith. In that—and, I think, the music—it’s a microcosm of the album.

I wanted to make a music video that winks at the conventions of music videos, and this song seemed like a strong vehicle to attempt that. I wanted it to show things I might do on a given day, in places I might go, without being strictly documentary, truthful, or faithful. And I wanted to make people giggle. 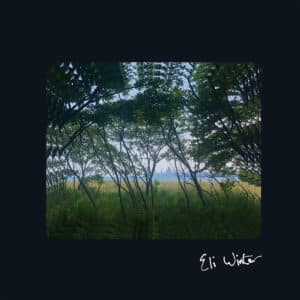