Top 5 Soprano Episodes Everyone Should See 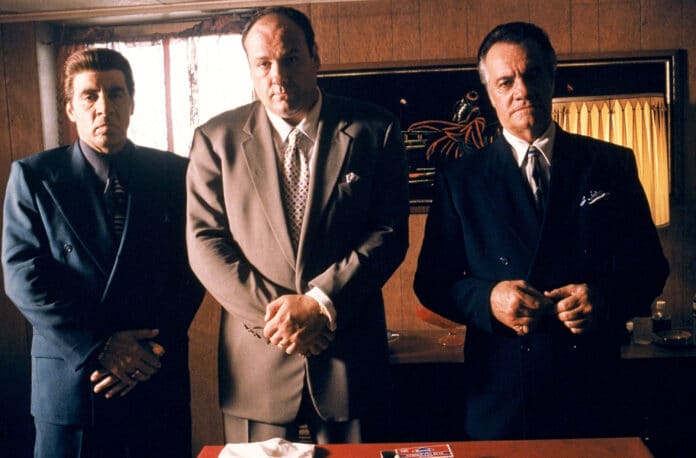 The Sopranos series is known to fans as a classic, the drama that first brought to TV what became known as the “tormented, characterless protagonist.” For those who look at television more technically, The Sopranos was the series that “changed the wheel.” Even before her, television did not have the fame it has today; it was considered superficial and pasteurized, with series that repeated formulas and lived off advertisers’ expectations.

One of the episodes of The Sopranos chose a famous casino to make an amazing episode. The casino chosen was Borgata Casino, and this casino is still up and running today. In this episode, we follow Tony facing a streak of bad luck, losing his money in bets. At this point, AJ also ends up having to make some choices in his relationship with Blanca and Marie runs into Tony, trying to deal with her son full of problems. It’s an intense episode full of ups and downs.

This is the episode where Adriana dies, and the moment our hearts are broken. We discover that the opening scene is not real and that she is actually inside her car on her way to death. Yes, it’s a tragic ending for a character with good intentions. It’s a heartbreaking scene, but we’re talking about The Sopranos. And we all know that most of the time, whoever plays in two teams hardly wins.

We know Dr. Melfi’s office very well, this is the setting for Tony’s many revealing moments. But in this episode of season 3, the story changes, and we end up watching a devastating scene in which Melfi almost tells Tony about the trauma she is facing, and we, on this side, wish she had. But it didn’t, and that’s precisely why The Sopranos is applauded for realism. The detail of Tony’s pause before moving forward and walking to Melfi’s chair is brilliant. “Should I or should I not” cross the line between patient and physician?

The last scene of the previous episode of The Sopranos is still a mystery to many fans. We can’t find out what happened in this ending because there is no resolution or lessons learned. It is, therefore, a masterpiece, gloriously enigmatic and loaded with symbols that can be interpreted differently by each of us.

The most significant emotional impact we get from The Sopranos occurs inside Tony and Carmela’s house. A couple loved each other profoundly and argued like crazy for reasons very common to many families: money, secrets, and infidelity. This season we are faced with the end of several decades of uneasy truce between the couple. And in this scene, Tony and Carmela immortalize one of the series’s best moments, which demonstrates precisely why The Sopranos transcends expectations to become something timeless.

History of The Sopranos

Tony Soprano tries to be a good family man on two fronts: to his wife, children, and widowed mother, and as a New Jersey mob boss. The pressures of work and family cause him anxiety attacks, so Tony starts seeing a therapist – something quite unusual in his social circle, which can end up killing him.

So, it is necessary to keep a secret about the treatment. What caused all this stress? Her marriage is faltering at home, and her mother urgently needs to be committed to a nursing home (the official name is a “community retreat,” but she still refuses to go there). Uncle Junior wants to use Tony’s childhood friends’ restaurant to take out a guy named Pussy Malenga, but Tony avoids the blow by blowing the place up.

When the Czech mob tried to take over the Soprano family business, Tony’s hot-tempered nephew Chris solved the problem, murdering the Czech representative and dumping the body on Staten Island without asking the administration’s permission. And on top of that, Tony is haunted by the feeling that the mafia’s glory days are long gone and that he may not be able to reach the same level as the past titans.