R.E.M. have announced a reissue of their debut EP, Chronic Town, in honour of its 40th anniversary. Featuring songs like ‘Gardening at Night’, ‘Wolves, Lower’, and ‘1,000,000’, the new edition is due for release on August 19 (via I.R.S./UMe) on CD, picture disc, and cassette.

The reissue comes with liner notes by the original producer Mitch Easter. “One might fancifully say that Chronic Town was the sound of an expedition, ready for anything, setting forth,” Easter said in a statement about the EP, which followed the band’s breakout 1981 single ‘Radio Free Europe’. “If R.E.M.’s ‘Radio Free Europe’ single was a signpost, the Chronic Town EP was the atlas.” 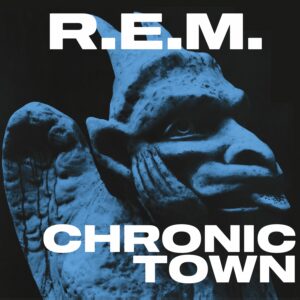