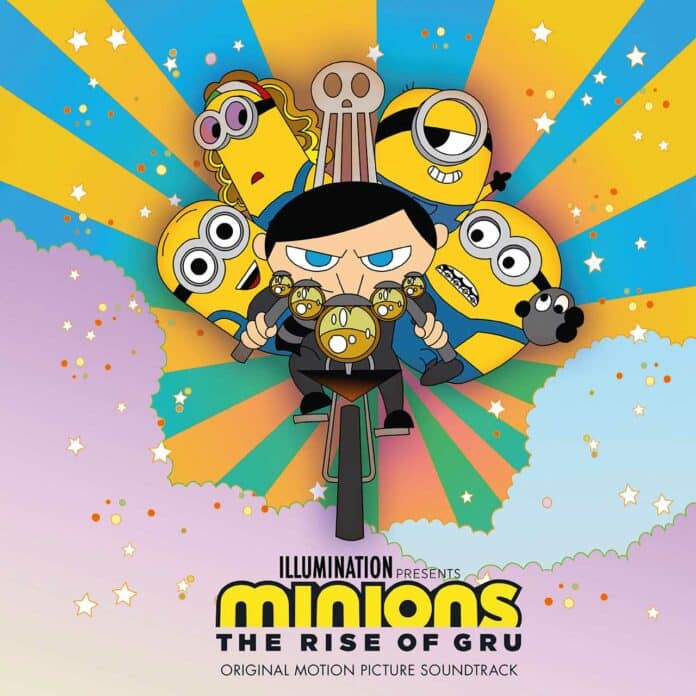 Somewhere out there in the world, fans of the Despicable Me franchise – or perhaps just the people behind it – have been waiting for it to spawn a hit as ubiquitous and effortlessly charming as ‘Happy’. It’s been almost a decade since Pharrell Williams released the song – though it feels more like an eternity since anyone heard it in public – and none of his subsequent contributions have come nearly as close to emulating its success. Still, the films’ soundtracks have done an effective job of playing up the joyful, nostalgic, and often zany energy that has kept the series alive, which is all you can really expect from the music of an animated film primarily aimed at children.

If you were a kid when Despicable Me came out, you’ve probably spent a significant amount of time developing your own music taste since then, ensuring it doesn’t align too closely with the mainstream. You now know who Pharrell Williams is, but have heard Jack Antonoff’s name way more times in recent years. Chances are, you’re into Tame Impala. So when their name popped up alongside that of Diana Ross in a Minions-featuring poster that also boasted the likes of Phoebe Bridgers, Caroline Polachek, Thundercat, and Weyes Blood, you probably weren’t the only one who had their interest piqued. Even if you wouldn’t watch Minions: The Rise of Gru in a million years, you had to agree the prospect of all those artists appearing on the same project was at least intriguing.

There likely isn’t much overlap between people who unironically enjoy Minions and the indie community that has made this compilation a talking point, which makes its existence a little bit of a miracle. Of course, there isn’t a song on the Jack Antonoff-curated album that doesn’t play it safe, least of all its lead single, ‘Turn Up the Sunshine’ by Diana Ross featuring Tame Impala, which strips away anything that might have made the collaboration interesting in favour of a more reliable kind of fun; so reliable that the production sounds more like the Neptunes than any of the artists involved. It’s not bad, I guess, but when the album’s main original song captures little of the songwriters’ distinctive personalities, how much hope can there be for all the covers that follow?

For a Minions film released in the year 2022, Rise of Gru features a whole lot of disco, for the simple reason that the titular character is a kid and the movie takes place in the ‘70s. The idea behind the soundtrack, Antonoff said in an interview with Billboard, was “to take modern artists that are really in some way in the tradition of the great music of that time and then record them with this half modern technique, half super analog technique.” I’m not sure what “some way in the tradition of the great music of that time” means, but in the context of the film – part of which takes place below a record shop named Criminal Records – it works well enough. When you only get to hear a small snippet of an ultra-popular song with an all-too-literal connection to what’s happening onscreen, it matters very little how good the cover is or who performs it. We’re talking about a movie that uses ‘You’re No Good’ by Linda Ronstadt in the same way Despicable Me 3 used Michael Jackson’s ’Bad’: Gru is a villain, and he’s, you guessed it, bad. Only this time he’s 11 and the world has had enough time to process Searching for Neverland.

That’s all fine, but is Minions: The Rise of Gru (Original Motion Soundtrack) a good album? A decent album of mostly covers, at least? Well, this isn’t Illumination enlisting Tyler, the Creator for a Grinch-inspired EP, but if you bought a CD of the Despicable Me 2 soundtrack because of ‘Happy’ and had a damn good time, I’m happy to report this might be AOTY material. If you had actual expectations based on the list of everyone involved, though, you might be disappointed. Most of the time, the half-modern, half-retro approach only half works: I wasn’t a huge fan of Daddy’s Home, but St. Vincent’s mercilessly unselfconscious rendition of ‘Funkytown’ makes me appreciate how much better Annie Clark and Antonoff pulled off ‘70s pastiche on that album. More successful are Kali Uchis and Jackson Wang’s covers of ‘Desafinado’ and ‘Born To Be Alive’ respectively, retaining the necessary goofiness but making it a touch more refreshing.

From an aesthetic standpoint, the soundtrack often seems actively resistant to the idea of modernizing the songs: it’s no surprise that Yeat’s ludicrously wild ‘Rich Minion’ has been left out of the official soundtrack, even though it would have easily stood out – and not necessarily in a bad way. BROCKHAMPTON’s reinterpretation of Kool & the Gang’s ‘Hollywood Swinging’ is so characterless it’s a shame it might be one of the rap group’s final recordings. Many of the other covers are similarly serviceable but underwhelming: Brittany Howard is a uniquely dynamic performer, but her take on ‘Shining Star’, featuring Earth, Wind, and Fire’s own Verdine White, can only be described as groovy – nothing more, nothing less. Caroline Polachek’s ‘Bang Bang’ and Tierra Whack’s ‘Black Magic Woman’ were two of the most enticing covers in the tracklist, but they’re so watered down you can only catch a glimpse of the magnetism associated with both the singers and the original hits.

On the other hand, some of the choices make so much sense that even a straightforward interpretation renders them highlights. Thundercat’s ‘Fly Like An Eagle’ is somewhat flattened by Antonoff’s production, but I’d go as far as to say I’d listen to it over the original any day. Antonoff’s own Bleachers offer their take on ‘Instant Karma!’, lending it the sort of dynamism much of the soundtrack lacks. Phoebe Bridgers’ version of the Carpenters’ ‘Goodbye to Love’ is as stirring as you would expect, which may or may not be a reassuring sign for those dreading a greater Bridgers-Antonoff collaboration; Weyes Blood’s ‘You’re No Good’ is a reminder that Natalie Mering can easily nail an upbeat song. If you don’t think it’s worth the price of hearing Minions perform ‘Cecilia’ by Simon & Garfunkel, though, I suggest tuning out about halfway throughout.

For anyone listening to the soundtrack – especially those more familiar with the original songs than the artists featured – it’s all going to sound predictable. As is the case with the film, it makes little sense packing so much ‘70s nostalgia into a product strictly for kids if you’re not willing to do something a bit more fun with it. The best one can hope for, of course, is that it introduces younger generations to songs that are considered classics for a reason, whether or not those kids end up growing out of them in search of something cooler. “I think there’s certain songs that live in the moment and then certain songs that kind of live forever,” Antonoff said in that Billboard interview. “I think the songs that I chose, regardless of this project, live forever.” He’s not wrong.

Album Review: Various Artists, 'Minions: The Rise of Gru (Original Motion Picture Soundtrack)'Somewhere out there in the world, fans of the Despicable Me franchise – or perhaps just the people behind it – have been waiting for it to spawn a hit as ubiquitous and effortlessly charming as ‘Happy’. It’s been almost a decade since Pharrell...