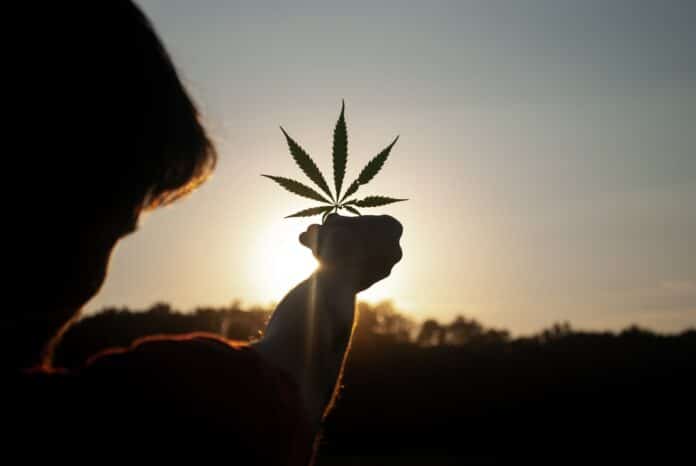 Wandering through an art gallery after a few tokes is an experience unlike no other for creative inspiration. Getting lost amid a sea of works bursting with color and expression ignites your inner flame. Many modern artists openly promote cannabis legalization and share their weed illustrations online through social media. It allows people to take a fascinating journey into a creator’s mind and emotions.

Cannabis-inspired art also gives an insight into how marijuana affects your sensory perceptions.

As recreational pot use increases worldwide, more creative souls are going green with confidence, producing unique weed-inspired works of art. Find out what weed type boosts your imagination—indica variants like Grandaddy Purple cannabis seeds or sativa strains like Jack Herer seeds. Discover how marijuana promotes creativity, and get ready to marvel at the creations of the top five cannabis-inspired artists.

How Does Weed Inspire Creativity?

A lot also depends on the type of cannabis you consume. Sativa variants promote energetic and creative cerebral effects, whereas indica strains are known for their relaxing physical properties. That’s not to say sativa variants are the only types to alter your sensory perception. The weed from many indica strains, for example, provides mild cerebral buzzes for indulging in some trippy late-evening marijuana sketches.

Art critics speculate that renowned artists Salvador Dali and Pablo Picasso created many pieces while under the influence of cannabis. While these rumors can’t be confirmed, many modern artists openly embed weed into their creations today. Here are five unique artists who use marijuana as a source of inspiration from some of their most notable works.

German digital collage artist Pierre Schmidt (aka Drømsjel) was born in 1987 and currently resides in Berlin. His creative and quirky work includes a series of complex, surreal illustrations of women smoking weed. Beautiful images of butterflies, cannabis leaves, and flowers spring to life from the ladies’ heads and other various body parts.

Schmidt openly gives credit to marijuana for his creative, psychedelic projects. Many of his ethereal images have a retro feel through digital and traditional mediums. Emotions and expressions explode into canvas, revealing hidden thoughts and stories and opening up a mind-blowing perspective into his psyche. Studying his artwork invites you on a journey into the natural world of marijuana and the very man himself.

Brazilian artist Fernando de la Rocque is openly in favor of decriminalizing marijuana. He’s no stranger to controversy, as one of his first series of works included gold-painted cockroaches. Not only does he know how to roll a good joint, but he also uses cannabis smoke as an artistic medium. How? By ingeniously exhaling weed vapor onto his stencils.

Fernando de la Rocque’s popular exhibit ‘Blow Job’ features a series of political and religious icons. He created all these stunning images using marijuana smoke and has popularized weed joint art among fans. He believes it’s best to create art with pleasure—specifically wine and weed. de la Rocque also believes it’s more important to think about marijuana and make art with it than smoke it.

American artist Fred Tomaselli is a sculptor and painter embedding materials like marijuana leaves and flowers into his creations. He specializes in detailed paintings on wood panels, adopting a minimalist style to his works. Tomaselli is famous for his trippy, hallucinatory patterns and offers a voyage into vibrant, natural worlds and the human consciousness.

Fred Tomaselli’s best-known work is his 1994 weed illustration portrait ‘Super Plant.’ This stunning image portrays the delicate and fragile beauty of the cannabis plant set against a black background. His beautiful alternative collages twine with inner and outer realities, offering art enthusiasts an incredible journey through his eyes.

Ricardo Cortés is a worldwide famous writer and artist, well-known for his pro-legalization stance on cannabis. He illustrated and printed pamphlets in the past, but he is mainly celebrated for his writing skills. Cortés’ controversial children’s book ‘It’s just a plant’ aims to lessen the stigma associated with marijuana.

‘It’s just a plant’ tells the story of a young girl who discovers the smell of cannabis in her parents’ room. She learns about the marijuana plant from a local farmer, a doctor, and a police officer. The book is filled with many humorous and beautiful pot illustrations and is a prime example of cannabis-inspired artwork.

Visionary artist Vincent Gordon grew up in Chicago, later moving to San Diego, where he cultivated medicinal marijuana. He pursued his love of art in California, drawing eccentric, colorful cartoons of popular animated characters. Gordon’s love for cannabis is evident in his creation of pro-weed propaganda posters in favor of pot legalization.

Vincent Gordon’s blotter-art works are eye-catching, mainly displaying humorous illustrations of psychedelic characters in a trippy haze. He has also created artwork for Snoop Dogg and High Times magazine. Expect to see game figures like Yoshi melting like a cannabis marshmallow or a weed illustration of Mario smoking a joint. Other pop-culture references in his marijuana drawings include popular characters like Hunter S. Thompson, Gonzo, Rick and Morty, and Spongebob.

Many artists are using cannabis as an inspirational source for their creations. As the green waves continue to wash over the world, more creative folks will be expressing themselves through art. Puff, pass, and paint. Who knows? You may become a future stoner wall art icon and offer inspiration to budding green artists in the future.

Kyle Kushman is an American writer, educator, activist and award-winning cannabis cultivator and breeder specializing in veganic cultivation. He is a representative of Homegrown Cannabis CO company, has been a contributor for over 20 years, and has taught courses in advanced horticulture at Oaksterdam University in Oakland, California and across the United States. Kushman also hosts a cannabis podcast called “The Grow Show with Kyle Kushman”.