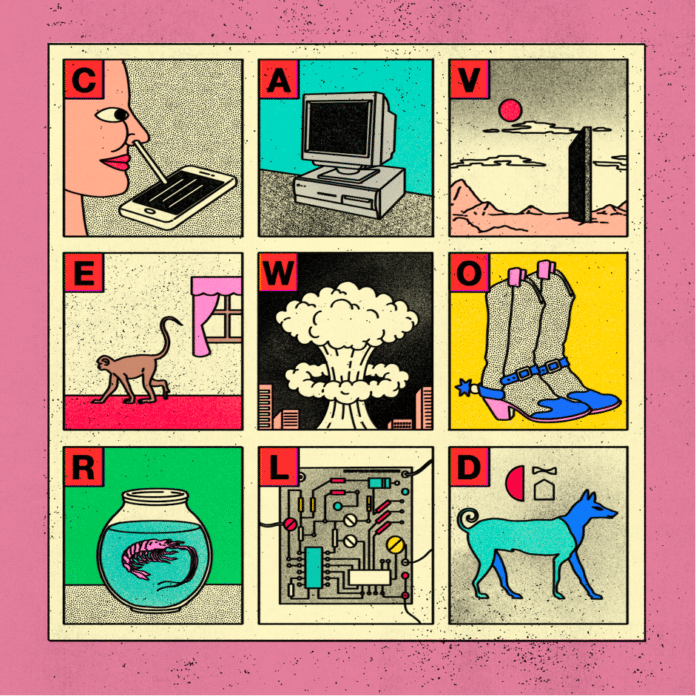 As far as modern post-punk bands treading the line between biting satire and drug-induced debauchery go, few have been as successful as Viagra Boys. 2018’s Street Worms saw the Swedish six-piece skewering toxic masculinity and classism without taking themselves too seriously or coming off as insincere, while the early 2021 release Welfare Jazz mined deeper territory as frontman Sebastian Murphy embodied a lot of the same qualities he appeared to be mocking. Their music’s ambivalence has never made it less engaging, but Welfare Jazz’s self-reflective tendencies hinted at a promising new direction for a band that could have safely kept growing by locking its gaze outwards. On their latest full-length, Viagra Boys attempt to once again nail that delicate balance, but the results are slightly off; it’s not quite a misstep, but despite being their most conceptually and structurally cohesive effort to date – one that was mostly written pre-COVID but took shape during lockdown – it sometimes ends up feeling undercooked and surprisingly unfocused.

With references to vaccines and misinformation, one might easily log Cave World as a pandemic-era album. Yet the album presents this variant of conspiracy theories as merely a symptom of a larger descent into collective insanity – Murphy has cited the de-evolution of man as a major theme, treating it as an inevitability and perhaps not even such an unfortunate one. The way it’s injected into the record is often clunky and absurd, but that messiness is part of what makes it convincing. ‘Troglodyte’ begins as a character study of a prospective mass shooter but turns into an argument about the moral advantages of a precivilized society, which would have brutally deterred him from committing such a heinous act – let alone allow him the privilege of ranting on the internet. “If it was a million years ago/ And we were still living in caves,” Murphy sings, “You would not be welcomed by the other apes/ ‘Cause you evolved a bit too late.”

The joke lands, but when he returns to this idea on ‘The Cognitive Trade-Off Hypothesis’, there’s hardly any playfulness to it. It’s a pretty straightforward exploration of the titular concept, which posits that at some point in the evolution of humans, we traded our advanced short-term memories to develop better language skills and improve our long-term memories –  a trade-off that, Murphy suggests, enabled a lot of the shitty behaviour he lampoons. “But what’s all of this got to do with me?/ Is there some sort of connection to my ADD?” he wonders off-handedly, an intriguing thought he later picks up on ‘ADD’. Cave World is most compelling when it scrutinizes destructive patterns in fictional characters before it’s revealed the narrator has been staring at a mirror all along, latching onto traits he can’t help but relate to, like on the frantically unsettling opener ‘Baby Criminal’. As eerily committed as Murphy is to reproducing bizarre conspiracy theories on ‘Creepy Crawlers’, however, delivering an unhinged performance that’s matched by the band’s feverish accompaniment, the parody is so true to life that it fails to dig much deeper beyond the surface.

Songs like ‘Punk Rock Loser’ and ‘Big Boy’ find Viagra Boys returning to the self-lacerating mode that made Welfare Jazz stand apart from their earlier material. They’re among the album’s silliest cuts, and even if you wish there was a stronger connection to a larger thematic thread, that makes them as refreshingly entertaining as they are inessential. More effective is ‘Ain’t No Thief’, a ridiculously unambiguous song about trying to make up excuses for stealing a jacket; part of the excitement comes in the way its disco-inflected rhythm clashes with the band’s ferocious, scruffy post-punk. The group sticks to a more dynamic, electronic-leaning sound palette on the second half of the album, which compensates for some of the hit-or-miss songwriting.

By the end of the LP, you’ve probably stopped thinking about the benefits of reversing human evolution for a select population, but ‘Return to Monke’ is such a thrillingly over-the-top conclusion to the album – a cruel, ludicrous takedown of those who’d be better off living outside the bounds of society, yet primal enough to challenge and entice anyone too comfortable in their place within it, not just those spending their time spouting nonsense or microwaving batteries. Cave World is neither a nuanced commentary nor a celebration, but more like a jaded, habitual reaction – the equivalent of pointing and laughing at a random scumbag ranting on live television, then flipping the channel and twisting a science documentary for answers. But when you switch off the screen, all you’re left with is your own reflection, undistorted and scarily familiar. Viagra Boys are clearly capable of staring into that void, but there’s only glimpses of it here.

Album Review: Viagra Boys, 'Cave World'As far as modern post-punk bands treading the line between biting satire and drug-induced debauchery go, few have been as successful as Viagra Boys. 2018’s Street Worms saw the Swedish six-piece skewering toxic masculinity and classism without taking themselves too seriously or coming off...